The List Luther Memorials in Eisleben and Wittenberg
Print

These places in Saxony-Anhalt are all associated with the lives of Martin Luther and his fellow-reformer Melanchthon. They include Melanchthon's house in Wittenberg, the houses in Eisleben where Luther was born in 1483 and died in 1546, his room in Wittenberg, the local church and the castle church where, on 31 October 1517, Luther posted his famous '95 Theses', which launched the Reformation and a new era in the religious and political history of the Western world. 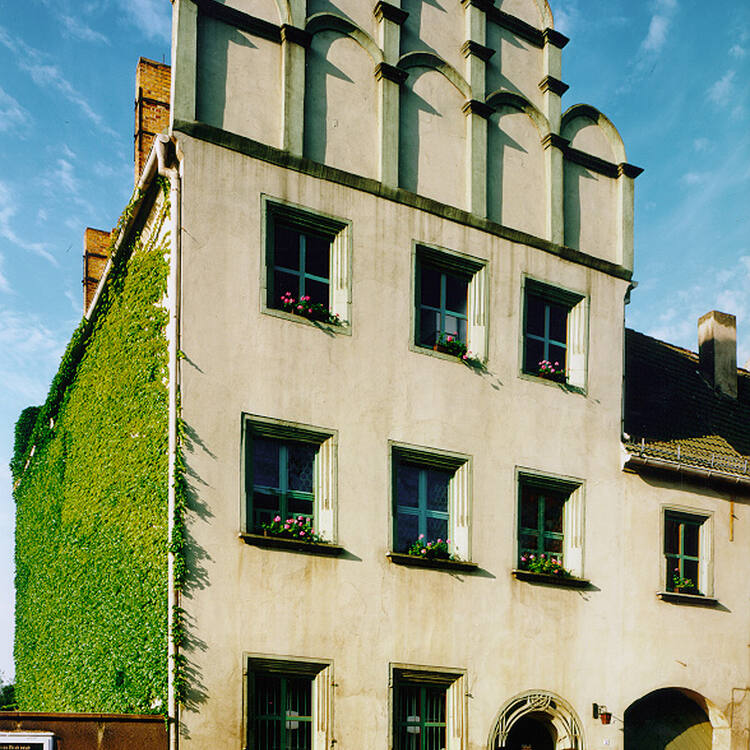 The Luther Memorials in Eisleben and Wittenberg, located in the State of Saxony-Anhalt in the centre of Germany, are associated with the lives of Martin Luther and his fellow-reformer Philipp Melanchthon. They include Melanchthon's house in Wittenberg, the houses in Eisleben where Luther was born (1483) and died (1546), his room in Wittenberg, the local church, and the castle church where, Luther posted his famous '95 Theses' on 31 October 1517, launching the Reformation and a new era in the religious and political history of the Western world.

As authentic settings of decisive events in the Reformation and the life of Martin Luther, the memorials in Eisleben and Wittenberg have an outstanding significance for the political, cultural, and spiritual life of the Western world that extends far beyond German borders.

Criterion (iv): The Luther Memorials in Wittenberg and Eisleben are artistic monuments of high quality, with their furnishings conveying a vivid picture of a historic era of world and ecclesiastical importance.

Criterion (vi): The Luther Memorials in Wittenberg and Eisleben are of Outstanding Universal Value bearing unique testimony to the Protestant Reformation, one of the most significant events in the religious and political history of the world, and constitute exceptional examples of 19th-century historicism.

The Luther Memorials in Wittenberg and Eisleben include all elements necessary to express the Outstanding Universal Value of a faith movement of world importance. The component parts of the serial property are of adequate size to ensure the features and processes of this historic period convey the significance of the property.

The close association of these inscribed buildings with the Lutheran Church and their role as memorials to the Reformation has meant that they have been the object of a variety of restoration and reconstruction projects over more than four centuries. Some of these have resulted in the embellishment of the buildings for the greater glory of the Reformation and its figures, while other projects consciously sought to return the buildings to the state they were in when the great Reformers were alive. ln terms of strict modern conservation practices, some of the past interventions may be considered to have had an adverse effect on the historical authenticity of the buildings. However, it might also be argued that those activities carried out in the 19th and early 20th centuries have a historical value of their own, and the spiritual meaning of this group of buildings must be taken into account. While most of the past interventions would not be practiced today, these actions were carried out for religious motivations rather than the buildings’ historical preservation. However, it is now certain that recent interventions have been – and those in the future shall be – conducted entirely in accordance with the accepted principles and methods of modern conservation.

All the buildings included in this serial property are protected as single monuments under the legislation of State of Saxony-Anhalt, which requires that any work that may affect their status or condition be authorised by the competent provincial authority. Both Eisleben and Wittenberg have management systems and town centre plans that make special provision for the protection of the Luther Memorials and their buffer zones.