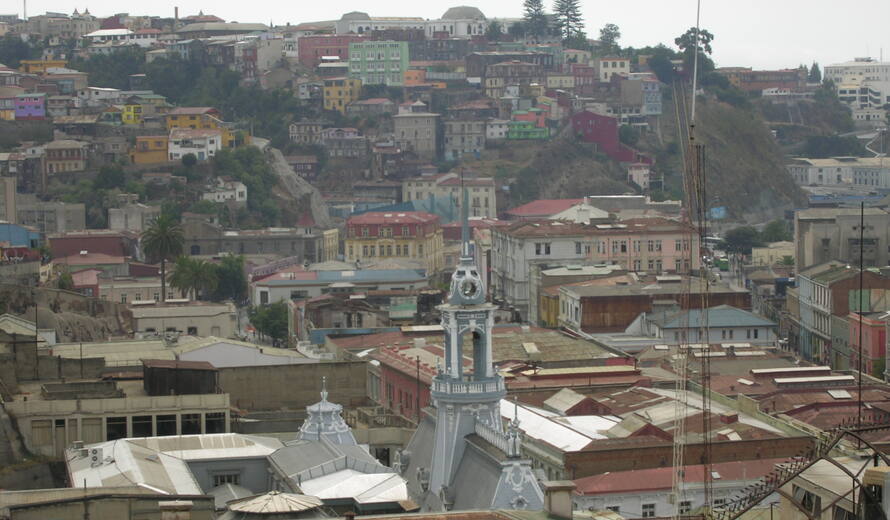 The UNESCO World Heritage Centre expresses its condolences for the victims of the 8.8 magnitude earthquake that occurred in Chile on 27 February. While providing humanitarian relief remains the absolute priority for the Chilean Government, recent information has been received on the state of certain heritage sites: Historic Quarter of the Seaport City of Valparaíso and Sewell Mining Town, properties inscribed on the World Heritage List in 2003 and 2006, respectively, and the Juan Fernández Archipelago National Park, property submitted to the Tentative List in 1994.

According to the National Copper Corporation (CODELCO), Sewell Mining Town, built in 1905 to house workers at what was to become the world's largest underground copper mine, El Teniente, has not suffered major damage.

The National Monuments Council has produced preliminary information on the condition of the Historic Quarter of the Seaport City of Valparaíso, where an earthquake of magnitude 6 was recorded. Although no building at the site has totally collapsed, two buildings have shown significant structural damage: the La Matriz church and the Port market place. All buildings at the site, including some heritage buildings, have shown several minor damage in the facades, consisting mainly of the detachment of decorative elements. The inspection of the interior of the buildings is foreseen to be carried out by an interinstitutional team. In priority cases, interior evaluations of some buildings have been made, yet further detailed inspections are needed, especially for structural engineering. No damage has been reported to the funiculars, with the exception of the San Agustín funicular, whose condition was already precarious before the earthquake. Some of the damaged heritage buildings are already included in the restoration projects under evaluation. The Chilean Government has expressed the need to elaborate an integral recovery project taking into account the current situation.

According to the National Forest Corporation, the Juan Fernández Archipelago National Park did not suffer any damage, even though Juan Bautista Village on Juan Fernandez Island was devastated by the tsunami that occurred shortly after the earthquake. All of the protected areas between O'Higgins and the Araucanía are closed to the public until further notice.

In accordance to the pending detailed damage report, the World Heritage Centre will cooperate with Chile to undertake action to safeguard its World Heritage.