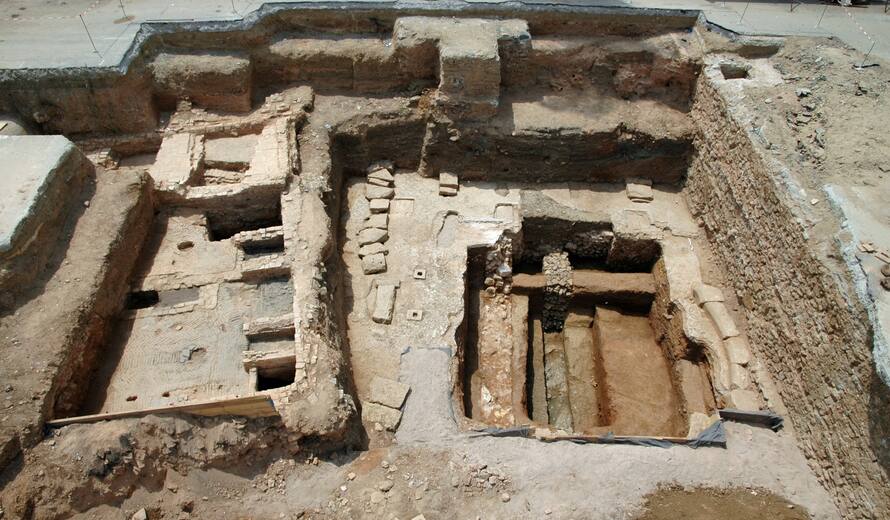 On 21 July 2009, the Algerian Ministry of Culture and the National Institute for Preventive Archaeological Research (INRAP) signed a cooperation agreement with the support of the UNESCO World Heritage Centre. The ceremony took place in Algiers with the participation of the Algerian Ministry of Culture's Director of International Cooperation, the Ambassador of France, the President of INRAP and the Program Specialist representing the World Heritage Centre.

The agreement allowed archaeological diagnostic works before construction began of the Algiers subway station, Place des Martyrs. This preventive archaeological operation, unprecedented in Algeria, was initiated by the national authorities and led by the Ministry of Culture in collaboration with the Ministry of Transportation and in partnership with INRAP.

Located in Algiers, in the lower Kasbah, the project to extend the subway line is located in the area of the Kasbah that has been listed as Algerian national heritage since 1973 and was inscribed on the World Heritage List in 1992. In 2003, the National Commission of Cultural Sites declared the Kasbah a Protected Sector.

The archaeological diagnostic works confirmed information that had been previously found in archives. The area includes a part of the area of Ikosim, an ancient trading post. This city was an integral part of the Mauretanian kingdom of Juba II (52 B.C.-23 A.D.), where the capital was Caesare (currently known as Cherchell). Ikosim, under the Romanized name of Icosium, became a Roman municipality, a status enjoyed by autonomous cities within the Empire.

In the VIIth century, with the advent of Islam, the Tribe of Benou Mezghana settled there. In 1516, the corsair Arudj known as 'Redbeard' founded a republic in Algiers that would resist Charles-Quint. The city would greatly develop starting in the XVIth century with the Ottomans, and, starting in 1830, the colonial period would leave its mark.

The first results of the archaeological works have unearthed vestiges of high importance which reinforce the outstanding universal value of the site.