NHK - World Heritage on the screen 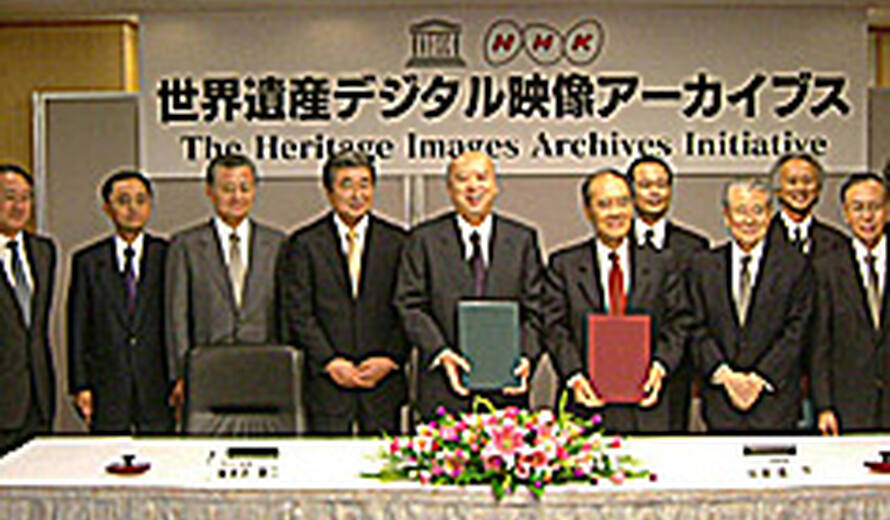 A new partnership between UNESCO and the Japanese Television channel NHK will see the co-production and broadcast of some 200 short television programmes that will form of the core of a new Heritages Image Archives Initiative. The Initiative aims to produce quality threedimensional moving images and reconstruction images, using state-of-the-art digital visual and sound processing technology.

At the same time, a data base system will be built that will allow such images to be utilised for various projects, such as DVDs and other audio-visual packages, public exhibitions, new types of exhibitions using virtual reality systems, and production of quality replicas for exhibition and academic uses. Furthermore, this database and other related databases will be connected through network systems in order to promote international exchange of educational and academic research across the globe. All programmes co-produced within the framework of the agreement will be shot on HDTV, a cutting edge digital television technology that generates high definition crystal-clear images on wide screens. Several heritage sites will be shot by NHK from an airship, which will travel from Europe to Japan. The airship will be presented at the 2005 Aichi Exposition. An advisory committee, chaired by UNESCO Goodwill ambassador Professor Ikuo Hirayama and made up of members of UNESCO's secretariat, representatives of the Japanese National Commission for UNESCO and renowned Japanese heritage specialists, will supervise programme content.