Following the launch of the first regional competition for Eastern Africa entitled: “Mobilizing Youth Engagement in the Celebration of African World Heritage Day - 5th May 2021,” six (6) proposals from Eritrea, Ethiopia, Kenya, Tanzania, Uganda and Rwanda were selected as finalists and will receive 5000 USD grants to raise awareness and engagement of youth for the protection and promotion of World Heritage in Africa.

The online competition, which was launched by the UNESCO Regional Office for Eastern Africa in celebration of African World Heritage Day on 5 May 2021, and in the framework of the African Union Year 2021 for “Arts, Culture and Heritage: Levers for Building the Africa We Want,” was open to youth aged 18 to 35 years old from 13 Eastern Africa countries (Comoros, Djibouti, Eritrea, Ethiopia, Kenya, Madagascar, Mauritius, Rwanda, Seychelles, Somalia, South Sudan, Tanzania, Uganda). Over 200 youth from 11 Eastern African countries participated in the call for proposals, developing unique project proposals to increase youth engagement in the protection and promotion of World Heritage in Eastern Africa.

An advisory panel with representatives of UNESCO and Advisory Bodies to the World Heritage Committee reviewed the proposals submitted and voted on the six finalists based on innovation, scope and the impact of the proposed activities on awareness raising and engagement of youth in the protection and promotion of African World Heritage.

The following six proposals are the finalists for the 2021 African World Heritage Day Youth Competition for Eastern Africa:

The winning projects will be carried out between 1 July and 15 November 2021 in collaboration with National Commissions for UNESCO in the beneficiary countries. 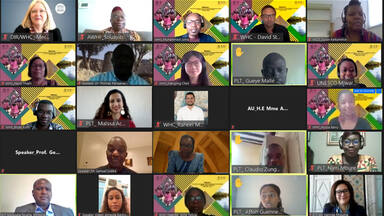 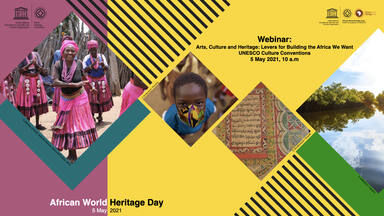 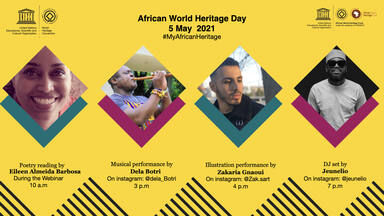