The ensemble of buildings at Greenwich, an outlying district of London, and the park in which they are set, symbolize English artistic and scientific endeavour in the 17th and 18th centuries. The Queen's House (by Inigo Jones) was the first Palladian building in England, while the complex that was until recently the Royal Naval College was designed by Christopher Wren. The park, laid out on the basis of an original design by André Le Nôtre, contains the Old Royal Observatory, the work of Wren and the scientist Robert Hooke. 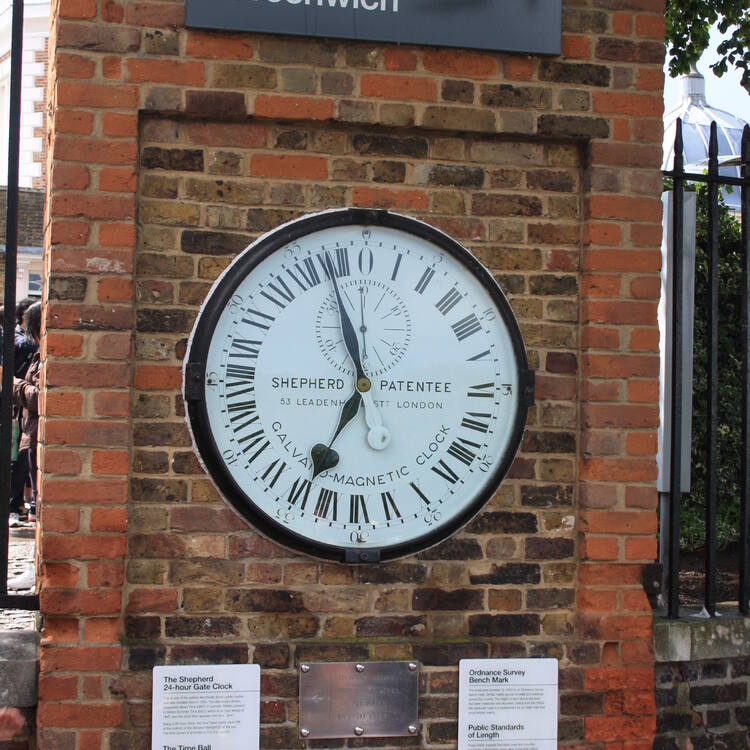 Symmetrically arranged alongside the River Thames, the ensemble of the 17th century Queen’s House, part of the last Royal Palace at Greenwich, the palatial Baroque complex of the Royal Hospital for Seamen, and the Royal Observatory founded in 1675 and surrounded by the Royal Park laid out in the 1660s by André Le Nôtre, reflects two centuries of Royal patronage and represents a high point of the work of the architects Inigo Jones (1573-1652) and Christopher Wren (1632-1723), and more widely European architecture at an important stage in its evolution. It also symbolises English artistic and scientific endeavour in the 17th and 18th centuries.

Greenwich town, which grew up at the gates of the Royal Palace, provides, with its villas and formal stuccoed terraces set around St Alphege’s church rebuilt to Hawksmoor’s designs in 1712-14, a setting and approach for the main ensemble.

Inigo Jones’ Queen’s House was the first Palladian building in Britain, and also the direct inspiration for classical houses and villas all over the country in the two centuries after it was built.

The Royal Hospital, laid out to a master plan developed by Christopher Wren in the late 17th century and built over many decades by him and other leading architects, including Nicholas Hawksmoor, is among the most outstanding group of Baroque buildings in England.

The Royal Park is a masterpiece of the application of symmetrical landscape design to irregular terrain by André Le Nôtre. It is well loved and used by residents as well as visitors to the Observatory, Old Royal Naval College and the Maritime Museum.

The Royal Observatory’s astronomical work, particularly of the scientist Robert Hooke, and John Flamsteed, the first Astronomer Royal, permitted the accurate measurement of the earth’s movement and also contributed to the development of global navigation. The Observatory is now the base-line for the world’s time zone system and for the measurement of longitude around the globe.

Criterion (i): The public and private buildings and the Royal Park at Greenwich form an exceptional ensemble that bears witness to human artistic and creative endeavour of the highest quality.

Criterion (ii): Maritime Greenwich bears witness to European architecture at an important stage of its evolution, exemplified by the work of great architects such as Inigo Jones and Christopher Wren who, inspired by developments on the continent of Europe, each shaped the architectural development of subsequent generations, while the Park exemplifies the interaction of people and nature over two centuries.

Criterion (iv): The Palace, Royal Naval College and Royal Park demonstrate the power, patronage and influence of the Crown in the 17th and 18th centuries and its illustration through the ability to plan and integrate culture and nature into a harmonious whole.

Criterion (vi): Greenwich is associated with outstanding architectural and artistic achievements as well as with scientific endeavour of the highest quality through the development of navigation and astronomy at the Royal Observatory, leading to the establishment of the Greenwich Meridian and Greenwich Mean Time as world standards.

The ensemble of buildings and landscapes that comprise the property preserve a remarkably high degree of authenticity.

The Old Royal Naval College complex, in particular the Painted Hall and Chapel, retains well its original form, design and materials. The Royal Observatory retains its original machinery and its associations with astronomical work. The management of the Old Royal Naval College as a single entity now allows for coordinated conservation of the buildings and surrounding spaces. The Observatory, Queen’s House and its associated high-quality 19th century buildings are all managed as elements of the National Maritime Museum.

The landscape of the Royal Park retains its planned form and design to a degree with some ancient trees still surviving.

The stuccoed slate roofed terraces of the town that form the approach to the formal buildings and the Park retain their function as a commercial and residential centre. The coherence and conservation of buildings within the town is good, although there is a need for some refurbishment and to repair the urban pattern within the property, where it was disrupted by World War II bombing and subsequent reinstatement.

The UK Government protects World Heritage properties in England in two ways. Firstly, individual buildings, monuments, gardens and landscapes are designated under the Planning (Listed Buildings and Conservation Areas) Act 1990 and the 1979 Ancient Monuments and Archaeological Areas Act and secondly through the UK Spatial Planning system under the provisions of the Town and Country Planning Acts.

Government guidance on protecting the Historic Environment and World Heritage is set out in the National Planning Policy Framework and Circular 07/09. Policies to protect, promote, conserve and enhance World Heritage properties, their settings and buffer zones can be found in statutory planning documents.

The Mayor’s London Plan provides a strategic social, economic, transport and environmental framework for London and its future development over a period of 20-25 years and is reviewed regularly. It contains policies to protect and enhance the historic environment including World Heritage properties. Further guidance is set out in London’s World Heritage Sites – Guidance on Setting and The London View Management Framework Supplementary Planning Guidance which protects important designated views, some of which focus on the property. The London Borough of Greenwich Unitary Development Plan (UDP) contains guidance to protect and promote the Maritime Greenwich World Heritage property which have been saved and will remain in place until the UDP is replaced by the emerging Local Development Framework (LDF). There are also policies to protect the setting of the World Heritage property included in the current statutory plans for the neighbouring London Boroughs of Lewisham and Tower Hamlets.

The property is protected by a variety of statutory designations: the hospital, Queen’s House and observatory buildings are Grade 1 listed buildings ; statues, railings and other buildings are of all grades; and the surrounding residential buildings of Greenwich town centre lie within a Conservation Area. There are a number of scheduled monuments in the Park which is itself a Grade 1 registered park and garden, and elements of the park are considered important for nature conservation.

The Royal Park is owned, managed and administered by The Royal Parks, a Crown agency. The Queen’s House and associated 19th-century buildings and the Royal Observatory is in the custodianship of the Trustees of the National Maritime Museum. The Old Royal Naval College is in the freehold of Greenwich Hospital, which remains a Crown Naval charity. The buildings are leased to the Greenwich Foundation for the Old Royal Naval College, also a registered charity whose objectives are to conserve, maintain and interpret the buildings for the public. The Royal Courts are leased to Greenwich University and Trinity Laban Conservatoire of Music and Dance to form the Maritime Greenwich University Campus. Greenwich Foundation also retains and maintains a number of key buildings. Commercial activities in the town centre are coordinated by a town centre manager.

The history, value and significance of the property is now explained to visitors through Discover Greenwich, a recently opened state-of-the-art visitor centre which helps orientate visitors before entering the property.

The Royal Park, like any designed landscape evolving over time, is vulnerable to erosion of detail and its maintenance and conservation form part of a detailed plan that sets out the design history of the Royal Park, and the rationale for its ongoing maintenance and future restoration of the historic landscape, in particular, the way in which avenues and trees are managed and re-planted.

A number of high-profile annual events are held within the Royal Park, some of which have several millions of spectators worldwide. For all events, appropriate safeguards are put in place to ensure there is no adverse impact on the attributes of Outstanding Universal Value, in particular on the Royal Park trees, on underground archaeology or on the surrounding buildings. The events generate worldwide interest in, and publicity for the World Heritage property.