The initial property, inscribed in 1988 on the World Heritage List, was formed by the Grande-Île, the historic centre of Strasbourg, structured around the cathedral. The extension concerns the Neustadt, new town, designed and built under the German administration (1871-1918). The Neustadt draws the inspiration for its urban layout partially from the Haussmannian model, while adopting an architectural idiom of Germanic inspiration. This dual influence has enabled the creation of an urban space that is specific to Strasbourg, where the perspectives created around the cathedral open to a unified landscape around the rivers and canals. 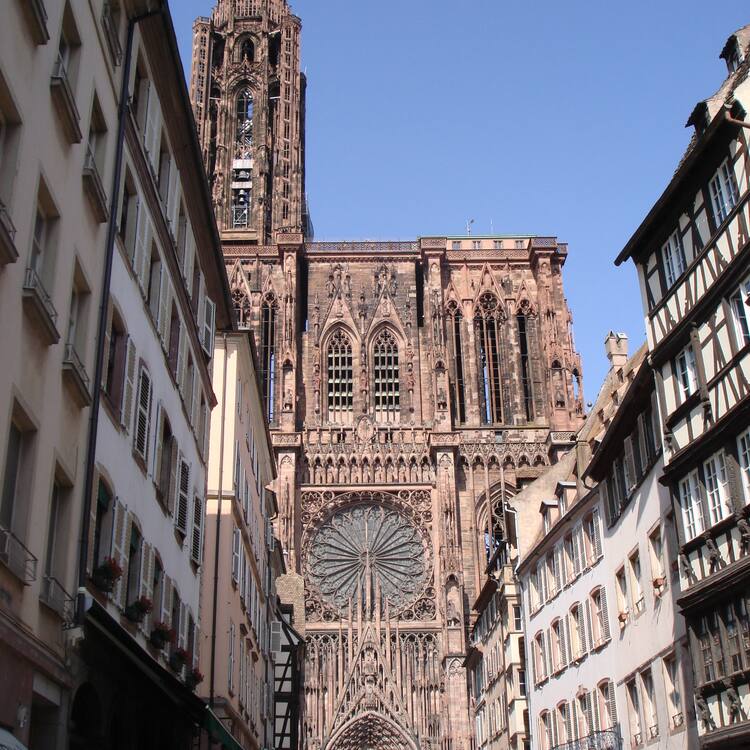 The Grande-Île and the Neustadt form an urban ensemble that is characteristic of Rhineland Europe, with a structure that centres on the cathedral, a major masterpiece of Gothic art. Its distinctive silhouette dominates the ancient riverbed of the Rhine and its man-made waterways. Perspectives created around the cathedral give rise to a unified urban space and shape a distinctive landscape organized around the rivers and canals.

The French and Germanic influences have enabled the composition of a specific urban space combining constructions reflecting major significant periods of European history: Roman Antiquity, the Middle Ages and the Rhineland Renaissance, French 18th century classicism, and then the 19th and early 20th centuries which saw the emergence of a modern city, the capital and symbol of the new German state.

Criterion (ii): French and Germanic influences have shaped the Grande-Île and Neustadt. They have enabled the emergence of a unique expression coming from the two cultures, which is especially conveyed in the fields of architecture and urbanism. The cathedral, influenced by the Romanesque art of the East and the Gothic art of the kingdom of France, is also inspired by Prague, particularly for the construction of the spire. It is a model that acted as a vector of Gothic art to the east. The Neustadt, a modern city forged by Haussmannian influences, and a model of urbanism, also embodies the theories of Camillo Sitte.

Criterion (iv): The Grande-Île and the Neustadt in Strasbourg constitute a characteristic example of a European Rhineland city. Integrated into a Medieval urban fabric in a way which respects the ancient original fabric, the Renaissance-style private residences built between the 15th century and the late 17th century form a unique ensemble of domestic Rhineland architecture, which is indissociable from the outstanding Gothic cathedral. In the 18th century, French classical architecture became dominant, as exemplified by the Palais Rohan, built by the king’s architect, Robert de Cotte. From 1871 onwards, the face of the town was profoundly modified by the construction of an ambitious urbanistic project, leading to the emergence of a modern, functional city, emblematic of the technical advances and hygienistic policies that were emerging at the turn of the 19th and 20th centuries. The private and public buildings of the urban ensemble bear witness to political, social and cultural change, with the town’s status changing from a free city of the Holy Roman Empire to a free city of the Kingdom of France, before it became a regional capital.

The distinctive landscape of Strasbourg, dominated by the silhouette of the cathedral, has been preserved up to the present day. The cathedral is well preserved and integrated in an intact Medieval parcel system. It continues to dominate the urban landscape just as it did when it was first built. Down the centuries, the renewal of the built structure in Grande-Île has respected the early land parcel system, while inserting public and private buildings that represent a synthesis of French and Germanic influences, bearing witness to the evolution of architecture from the 15th century to the present day.

The siege in 1870 and the bombardments of 1944 gave rise to occasional reconstructions, which were however carried out while respecting the urban fabric and existing volumes. Only the Grande Percée, linking the new station to the Port d’Austerlitz in the first half of the 20th century, involved a deliberate restructuring of the urban fabric. The modernisation and sanitation of the historic centre were carried out in a spirit of continuity and respect for the urban qualities of the site. The Neustadt was designed in a spirit of functional complementarity and landscape continuity with the historic centre. The property as a whole has preserved all the attributes of the various chronological stages that contribute to its Outstanding Universal Value.

The urban ensemble of the Grande-Île and the Neustadt has been well preserved, in a material condition that is close to its original state, and its urban landscape has largely conserved its characteristics. The facades of the Place du Château have retained their original appearance, and the Place de la République and the imperial axis their monumental character. The major public buildings of the Neustadt have retained their original size, their physical quality and their materials.

The great majority of the modern buildings have been introduced while respecting the ancient urban fabric. Close to the Vauban dam, the 20th century structures, such as the Conseil Général building and the Modern and Contemporary Art Museum, have little impact on the urban landscape. Meanwhile, the recent urban development projects inside the boundaries of the property have enabled its preservation and valorisation, while facilitating its adaptation to new use values. The uses of the buildings in the property have been well conserved, particularly as regards amenities, shops and housing. In the Neustadt, the restructuring and rehabilitation work on major amenities (National and university library, Palais de Justice, and Palais des Fêtes) comply with current building standards, while respecting the heritage value of the edifices. The urbanism documents, established with remarkable continuity since the 19th century, have facilitated the conservation of the buildings inside the property’s boundaries, and led to outstanding continuity in the urban landscape.

The cathedral has been protected by historic monument status since 1862, and its upkeep is covered by an agreement between the French state and the Fondation de l’Œuvre Notre-Dame. In the property area, 170 other edifices or parts of edifices are protected by historic monument status, and thus benefit from the control of the French state’s heritage services.

The safeguarded sector created in 1974 has been undergoing a revision-extension procedure since 2011. It now covers the whole of the extended property, and is focused on the preservation of the built structure, the urban landscape, and the landscape quality of the river and riverbanks. The protection of the property is largely dependent on the safeguarding and valorisation plan for the safeguarded sector.

The property has a management system whose main partners are the State, the City of Strasbourg and the Eurometropolis. This system, whose funding is shared, is based on French legislation, and particularly the Heritage, Urbanism and Environment Codes.

The management plan for the Grande-Île approved by the Municipal Council in 2013 covers all aspects of urban management: knowledge, conservation, valorisation and transmission. The local housing plan is intended to maintain social diversity and limit the vacancy rate of non-occupied housing inside the property. The urban transport plan enables to reduce the importance accorded to cars, by encouraging pedestrians and cyclists. Since 1989, the introduction of a tramway network has been carried out in conjunction with the restructuring of public space and the introduction of pedestrian streets. The terraces charter, the regulations on occupation of public areas, and the local advertising regulations, reflect efforts to achieve harmonious use of public space.

Finally, in accordance with the action plan for Grande-Île and the Neustadt, various actions have been started up to improve the appropriation of the Outstanding Universal Value by everyone, by developing mediation tools, particularly as part of the “Ville d’art et d’histoire” label scheme, and by improving accessibility for everyone. 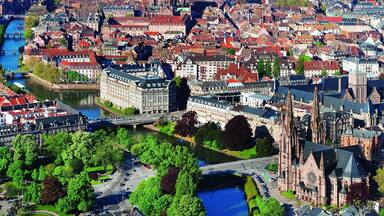 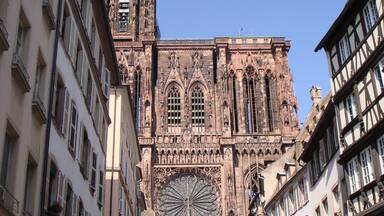 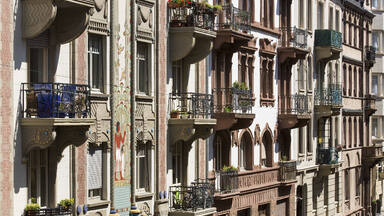