The Fertö/Neusiedler Lake area has been the meeting place of different cultures for eight millennia. This is graphically demonstrated by its varied landscape, the result of an evolutionary symbiosis between human activity and the physical environment. The remarkable rural architecture of the villages surrounding the lake and several 18th- and 19th-century palaces adds to the area’s considerable cultural interest. 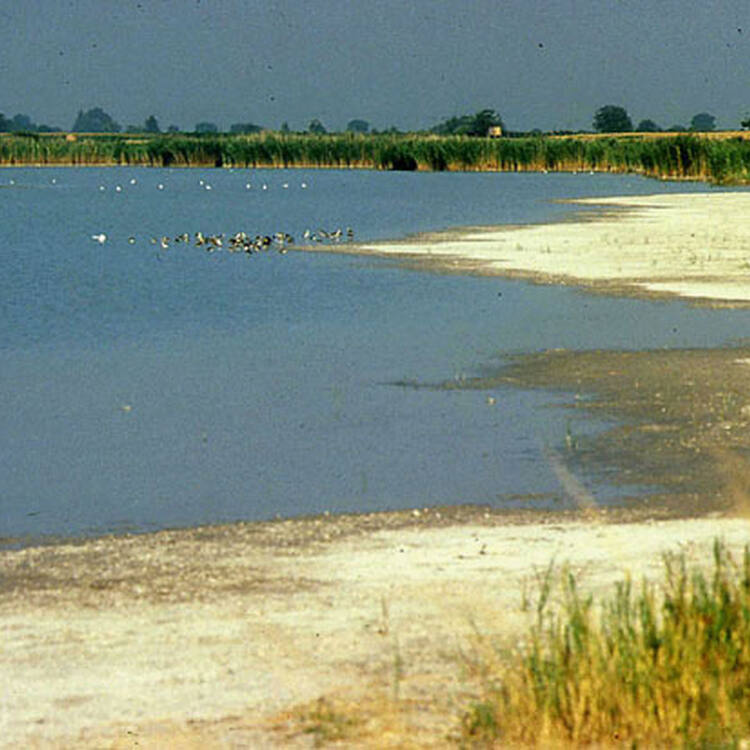 Fertő/Neusiedlersee Cultural Landscape incorporates the westernmost steppe lake in Eurasia. This is an area of outstanding natural values and landscape diversity created and sustained by the encounter of different landscape types. It is situated in the cross-section of different geographical flora and fauna zones as well as wetlands, and is characterised by sub-Alpine mountains, sub-Mediterranean hills, alkaline lakes that dry out from time to time, saline soils, reeds, and shoreline plains. This area, a valuable biosphere reserve and gene bank, is home to a rich diversity of flora and fauna and has been shaped harmoniously for eight millennia by different human groups and ethnically diverse populations. The present character of the landscape is the result of millennia-old land-use forms based on stock raising and viticulture to an extent not found in other European lake areas. This interaction is also manifested in the several-century-long continuity of its urban and architectural traditions and the diverse traditional uses of the land and the lake. The Fertö/Neusiedlersee Lake is surrounded by an inner ring of sixteen settlements and an outer ring of twenty other settlements.

Two broad periods may be discerned: from around 6000 BC until the establishment of the Hungarian state in the 11th century AD, and from the 11th century until the present. From the 7th century BC the lake shore was densely populated, initially by people of the early Iron Age Hallstatt culture and by late prehistoric and Roman times’ cultures. In the fields of almost every village around the lake there are remains of Roman villas. The basis of the current network of towns and villages was formed in the 12th and 13th centuries, their markets flourishing from 1277 onwards. The mid-13th century Tatar invasion left this area unharmed, and it enjoyed uninterrupted development throughout medieval times until the Turkish conquest in the late 16th century. The economic basis throughout was the export of animals and wine. The historic centre of the medieval free town of Rust in particular prospered from the wine trade. Rust constitutes an outstanding example of a traditional human settlement representative of the area. The town exhibits the special building mode of a society and culture within which the lifestyles of townspeople and farmers form an entity. Its refortification in the early 16th century marked the beginning of a phase of construction in the area, first with fortifications and then, during the 17th-19th centuries, with the erection and adaptation of domestic buildings. The remarkable rural architecture of the villages surrounding the lake and several 18th-and 19th-century palaces add to the area's considerable cultural interest. The palace of the township of Nagycenk, the Fertöd Palace, the Széchenyi Palace and the Fertöd Esterházy Palace are also exceptional cultural testimonies.

Despite the fact that it is a transboundary property, located on the territory of two states, Austria and Hungary, it has formed a socio-economic and cultural unit for centuries, which is outstanding in terms of its rich archaeological heritage created by consecutive civilisations, its rich stock of historical monuments reflecting ethnic diversity, and the elements of its rich ethnographic, geological and mining heritage.

Criterion (v): The Fertő/Neusiedlersee has been the meeting place of different cultures for eight millennia, and this is graphically demonstrated by its varied landscape, the result of an evolutionary and symbiotic process of human interaction with the physical environment.

The inscribed property, located on the Austrian-Hungarian border, is not only characterised by diversity but it has also maintained, in terms of both natural and cultural aspects, its landscape, its socio-economic and cultural features, as well as its land-use forms, the several century-long continuity of its viticulture and stock-raising, and the rich characteristics of settlement architecture and structure related to land-use. The integrity of the property is based on geological, hydrological, geo-morphological, climatic, ecological as well as regional and cultural historical characteristics.

The landscape of the Fertő/Neusiedlersee has advantageous natural and climatic conditions, which have made it suitable for agricultural cultivation and stock-raising for thousands of years. The water, the reed-beds, the saline fields, alkaline lakes and their remains, the row of hills enclosing the lake from the west with forests and vineyards on top, represent not only natural-geographical component features, but also hundreds of years of identical uses of the land and the lake, making the area a unique example of humans living in harmony with nature. Among the world's saline lakes, the Fertő/Neusiedlersee area is unique in terms of the organic, ancient, diverse and still living human-ecological relationship characterising the lake and society. The characteristic human-made elements of the cultural landscape include the traditional, partly rural architectural character of the settlements around the lake, the settlements' structure, the unity of the homogeneously arranged buildings on squares and streets, and several 18th and 19th century palaces in their landscape settings. The several-century-long viticulture, viniculture and reed management contribute to the continuity of land-use as well as to the continuous use of traditional building materials.

Much of the value of the area lies in its genuinely unchanging qualities of the way of life, the preservation of vernacular architecture and a landscape based upon a traditional and sustainable exploitation of a limited range of resources. Though tourism is both a change and a catalyst thereof, associated development and insertion of the intrusively modern construction will need to be controlled. Maintaining these characteristics and the conditions of integrity will entail the development and enforcement of guidelines and zoning regulations to ensure that new development does not occur on open land and that it respects the form and scale of traditional buildings.

The overall landscape and scale as well as the internal structure and rural architecture of the towns and villages bear witness to an agricultural land-use and way of life uninterrupted since medieval times. The settlement pattern and occupation of several present-day village sites date to Roman times and earlier. Buildings, walls and vistas have been preserved in many places as well as the ratio of built-in areas. Authenticity is also supported by the continued use of local building materials (limestone, reed and wood). A varied ownership pattern is exemplified by the remarkable rural architecture of the very small villages and by the Fertőd Esterhazy and Nagycenk Széchenyi Palaces, outstanding examples of the landed aristocracy’s architecture of the 18th and 19th centuries. The Leitha limestone, found near the lake and quarried from Roman times until the mid-20th century, provided building stone to Sopron and Vienna as well as to local settlements.

The property has been a nature and landscape protection area since 1977, and the protection area has been classified as a reserve under the Ramsar Convention since 1983. The Fertő/Neusiedlersee is also a MAB Biosphere Reserve. In Austria, Neusiedler See-Seewinkel National Park (1993) is within the Ramsar area. The southern (Hungarian) end of the property has been a landscape protection area since 1977 and it became the Fertő-Hanság National Park in 1991; furthermore, parts of the property also belong to the Natura 2000 network. Cultural property, including outstanding monuments and groups of buildings and objects, is protected in Austria by the Austrian Monument Protection Act 1923 (consequently amended several times) and in Hungary by the Act of 2001/LXIV on the Protection of Cultural Heritage. The entire historic centre of the free town of Rust (Austria) and Fertőrákos (Hungary) are under historic area protection. Nature is protected by law on provincial level in Austria.

Land ownership is complex: in the Austrian part less than 1% lies with the State, the bulk belonging to private owners and communities. In the Hungarian part within the Fertő-Hanság National Park, the State owns 86% of the land, with other owners in the property being the local governments, the Church and private individuals.

A detailed zoning plan for the Austrian part of the property has already been approved. A management plan for the whole property has been developed and its implementation is supported by the joint Management Forum. The Plan has advisory status and plays a strategic guiding and influencing role but is not generally compulsory. Control and monitoring functions are also exerted through the democratic participation and decision-making processes of the public. For conserving the existing cultural properties on both sides of the frontier, responsibilities are shared by federal, provincial and local levels. On the Hungarian part, the review of the Management Plan, based on the Act on World Heritage, will provide detailed regulations that may include zoning arrangements. The Regional World Heritage Architectural Planning Jury assists in the realization of high-quality developments adapted to the values of the property. The Fertőtáj World Heritage Hungarian Council Association is the management body of the Hungarian part of the World Heritage property. In Austria the combined effects of the Monument Protection Act and village renewal regulation within a tourist context encourage sustainable tourism. One of the management challenges consists in the balanced and sustainable development of the transboundary property through harmonising management plans. Short-term tasks include the protection of important views, bearing in mind long-distance visibility due to flat-land characteristics of the wider setting, and in face of development pressures (high-rise buildings, wind turbines, etc.) in the broader setting of the property. Tools to achieve this are planning regulations and World Heritage Planning Juries. Mid-term tasks include maintaining traditional land-use forms and activities adapted to the requirements of contemporary context: safeguarding the structure, architectural character and extension of the settlements, as well as, increasing the local economy's population retaining capacity. One of the means to attain the latter objectives is sustainable tourism, which needs to be managed in subordination to the interests of the preservation of heritage values. Another challenge consists in mitigating the impact of climate change on the built and natural environment (e.g. the extreme changes in the water level of Fertő/Neusiedlersee).