The Earliest 16th-Century Monasteries on the Slopes of Popocatepetl is a serial property with 15 component parts located in the states of Morelos, Puebla and Tlaxcala in Mexico, built as part of the evangelisation and colonisation of the northern territories of Mexico. They are in an excellent state of conservation and are good examples of the architectural style adopted by the first missionaries – Franciscans, Dominicans and Augustinians – who converted the indigenous populations to Christianity in the early 16th century. They also represent an example of a new architectural concept in which open spaces, including wide atria and posa chapels, are of renewed importance. The influence of this style is felt throughout the Mexican territory and even beyond its borders. 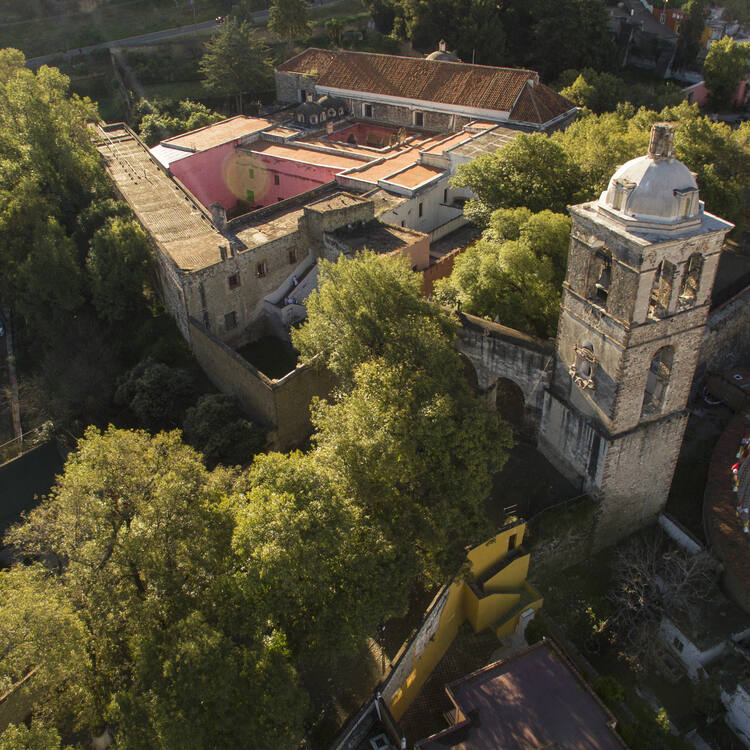 Franciscan Ensemble of the Monastery and Cathedral of Our Lady of the Assumption of Tlaxcala (extension of the Earliest 16th-Century Monasteries on the Slopes of Popocatepetl) © J.GUADALUPE PEREZ

The Earliest 16th-Century Monasteries on the Slopes of Popocatepetl is a serial property with 15 component parts located in the states of Morelos, Puebla and Tlaxcala in Mexico, built as part of the evangelisation and colonisation of the northern territories of Mexico. The monasteries are: Atlatlahucan, Cuernavaca, Tetela del Volcan, Yautepec, Ocuituco, Tepoztlan, Tlayacapan, Totolapan, Yecapixtla, Hueyapan and Zacualpan de Amilpas in Morelos; Calpan, Huetotzingo and Tochimilco in Puebla; and San Francisco in Tlaxcala. These monasteries are considered to represent good examples of the architectural style adopted by the first missionaries – Franciscans, Dominicans and Augustinians – with spatial solutions and the architectural expressions that materialised the fusion and synthesis of heterogeneous elements. A considerable number of these buildings have an explicit military aspect, and compositional elements with definite Mudejar and Renaissance origins. The expression of the native culture is also present, from the open spaces used for worship to the work expressed in the decorations and the wall paintings.

The monasteries also represent an example of a new architectural concept in which open spaces are of renewed importance. The influence of this style is felt throughout the Mexican territory and even beyond its borders. The distinctive characteristic of these monasteries resides in the relationship between built and open spaces and, above all, in the emphasis placed on the wide forecourt or atrium with its individual posa and open chapels that offered a variety of solutions. The monasteries were founded in areas of dense indigenous settlement, with the object of providing focal points for urban settlements, a role which has survived to the present day.

The 15 monasteries all conform to an architectural model which spread rapidly over the region and contains certain basic elements common to this new type of monastic house: atrium (usually rectangular), church (usually simple in plan but of imposing size, with a single nave), and monastic buildings, usually located to the south of the church and disposed around a small courtyard or patio, designated as the cloister.

The great atria, which are open spaces, surround the entire perimeter of the church (in some cases most of it). They are delimited by Resting Chapels in the atrium’s internal perimeter, called the processional path, and the walls have small niches for the Viacrucis. Another important element is the Open chapel. The hydraulic structures also are elements of the exterior composition that conducted water from the upper part of the mountain for community use.

Criterion (ii): The considerable influence exercised by the architectural model of the Earliest 16th-Century Monasteries on the Slopes of Popocatepetl, which spread over a very wide area, is incontestable. They operated not only in the second half of the 16th century in the centre and south-east of Mexico, but continued with the expansion of colonisation and evangelisation of the lands to the north in the 18th century, reaching the present-day United States of America from the Atlantic to the Pacific coasts, in the form of a large number of smaller establishments known as “missions” rather than monasteries.

Criterion (iv): The Earliest 16th-Century Monasteries on the Slopes of Popocatepetl is a group of monasteries selected as being representative of a large total. They bear characteristic witness to a certain type of structure, architectural as well as urban, which served as the centre of new human establishments for the reorganization of an enormous territory and for the introduction of new social and cultural elements.

Since each of the monasteries has preserved all of the original elements of its architectural complex, they are a complete representation of an actual 16th century Monastery. In general, they are in a good state of conservation and physical integrity has been maintained. Decay processes have been controlled by the yearly implementation of conservation projects. There are important challenges to be addressed regarding the physical setting of these monasteries, particularly in terms of controlling urban sprawl at diverse locations.

The level of authenticity in design and materials at the monasteries is high. After the Council of Trent many of the monastic buildings were converted to other uses and in the course of the 19th century new public buildings, such as schools and clinics, were built in the monastery precincts. However, the churches have all retained their original function and as a result have preserved the greater part of their original form and furnishings. The conditions of authenticity might be threatened by unpredictable natural phenomena, such as earthquakes and/or eruption of the Popocatepetl volcano, because of its proximity. In the case of the latter, there could be total or partial loss of the monasteries.

The legal protection of the Earliest 16th-Century Monasteries on the Slopes of Popocatepetl involves three different levels of the government: federal, state and municipal. The legal instruments that ensure the protection of the property include the Political Constitution of the United Mexican States; the General Law of Human Settlements, Management Land and Urban Development of 2016, the 1972 Federal Law on Historic, Archaeological and Artistic Monuments and Zones and the General Law of National Assets of 2004.

The management of the property is the co-responsibility of heritage authorities at the federal, state, municipal and associated representatives from civil groups. Management and conservation centres aim at ensuring the stability of the monasteries and their elements through the implementation of conservation, maintenance and awareness-raising activities.

The efforts towards developing an overall management framework for the whole property, which should include a common risk management plan, a monitoring system, and interpretation, communication and tourism strategies, should be pursued and a dedicated management unit to coordinate its implementation should be set up.