The List Old Town of Segovia and its Aqueduct
Print

The Roman aqueduct of Segovia, probably built c. A.D. 50, is remarkably well preserved. This impressive construction, with its two tiers of arches, forms part of the setting of the magnificent historic city of Segovia. Other important monuments include the Alcázar, begun around the 11th century, and the 16th-century Gothic cathedral. 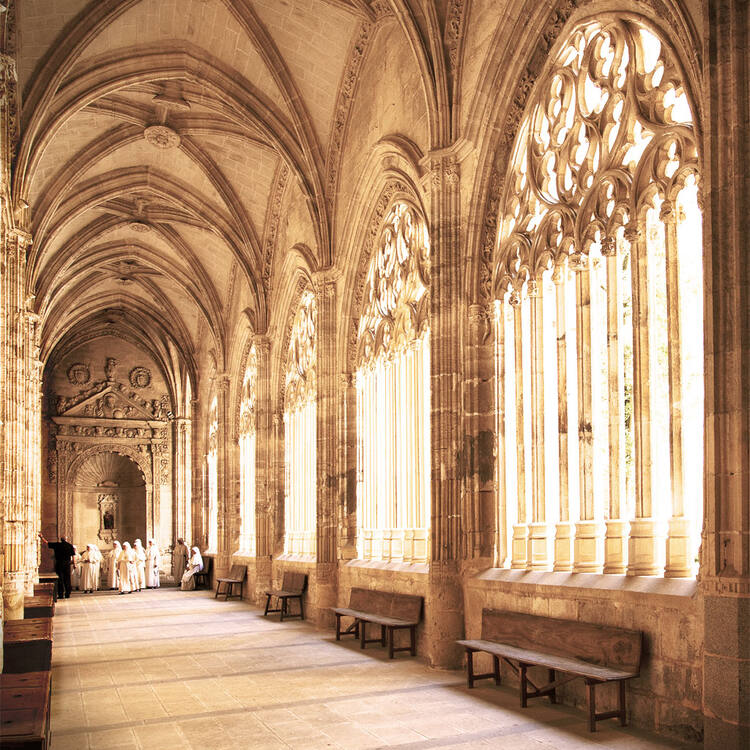 The Old Town of Segovia is located in the centre of Spain, in the Autonomous Community of Castile and León. The centre is crowded together on the rocky bluff delineated by the confluence of the Eresma and Clamores rivers.

Segovia is symbolic of a complex, historical reality. Its neighbourhoods, streets, and houses are laid out in accordance with a social structure in which hierarchy was organized and dominated by belonging to one of the different cultural communities. Moors, Christians, and Jews coexisted for a long period of time in the medieval city and worked together during the 16th century manufacturing boom.  The evidence of this cultural process can be seen in the large number of outstanding monuments in the city, among which, the Roman Aqueduct stands out. Other important monuments can be found in the property: the Alcázar, begun around the 11th century; several Romanesque churches; noble palaces from 15th and 16th centuries; the 16th-century Gothic cathedral, the last to be built in Spain in this style; and the Segovia Mint, the oldest industrial building still existing in Spain.

The Roman Aqueduct of Segovia, probably built c. 50 BC, is remarkably well preserved. This impressive construction, with its two tiers of arches, forms part of the magnificent setting of the historic city of Segovia. It is an enormous construction of masonry, 813 m in length, consisting of four straight segments and two superimposed arcades borne by 128 pillars. At the lowest point of the valley, the Aqueduct stands at a height of 28.5 m above ground.

The 221 colossal pillars bear witness to the magnitude of the Aquae Atilianae in the province of Zaragoza while in other parts of Spain, only remnants of the Roman aqueducts of Sevilla, Toledo, and Calahorra have survived. The impressive monuments that survive in Mérida, Tarragona, and Segovia illustrate the political determination, which following the steps of the victorious armies, greatly increased the number of aqueducts which Frontinus described as 'the most solemn testimony of the Empire.'

The Aqueduct of Segovia is the best known of these civil engineering feats due to its monumentality, its excellent state of conservation, and in particular, its stunning location in relation to the urban site. The Aqueduct is the symbol of the city and can in no way be separated from Segovia as a whole.

Criterion (i): Segovia comprises an array of monuments, which in terms of beauty and exemplary historical significance, are truly outstanding, with the Aqueduct, the Alcázar, and the Cathedral among its major structures.

Criterion (iii): The Old Town of Segovia illustrates a complex, historical reality through its urban layout and architectural developments. It is a prime example of the coexistence of different, cultural communities throughout time.

Criterion (iv): Segovia provides an outstanding testimony of a Western city based on a number of diverse, cultural traditions. All the component parts of the built environment, from domestic architecture to the great religious and military structures, can be found here in a broad range of construction techniques and styles that reflect this unique, cultural diversity.

The inscribed property has an area of 134 ha that contains all the necessary features to express its Outstanding Universal Value. The centre of the historic city, with its large number of remarkable monuments, including the Roman Aqueduct and the more humble domestic architecture, has been maintained. All of the attributes of the property show the complex and fascinating history of the city, particularly the coexistence of different religions and cultures, the mark of which can be admired in a wide range of architectural styles. Their status as classified monuments within the Spanish government has helped to preserve them properly, and any intervention must be aimed at maintaining and safeguarding their characteristics and significance.

Due to its early legal protection, the property has maintained the features of authenticity, particularly in terms of location, form, and design. This is applicable not only to the highlighted monuments, such as the Roman Aqueduct, but also to other monuments and architectural ensembles in the city. The traces of the medieval city, with historic areas like the Jewish Quarter, can be seen in the current layout of the town with its narrow streets, the type of paving, and the decorated rendering of the buildings, among other features.

As this urban ensemble is in continuous development, the property has been affected by modifications, but has always been under strict administrative controls, both from the municipality and the regional government, so as to not negatively impact the attributes that convey Outstanding Universal Value of the property.

The city of Segovia was registered as a “Historic Site” under Spanish law in 1941. Furthermore, a large number of monuments are also registered as Property of Cultural Interest (BIC, Bien de Interés Cultural), the highest level of protection according to the current cultural heritage laws in Spain. Therefore, any intervention requests for the property or the monuments, including archaeological investigation, entails prior administrative authorization, according to the current cultural heritage laws (Law 12/2002, 11July, of Cultural Heritage of Castile and León, Decree 37/2007, 19 April, that approves the Rules for the Protection of Cultural Heritage in Castile and León, Law 16/1985, 25 June, of Spanish Historic Heritage). In addition, all the projects concerning the property must be previously approved by the Commission for Cultural Heritage of Segovia.

Given its World Heritage status, several projects have been drawn up to maintain and promote its Outstanding Universal Value, including international seminars about the conservation of the Aqueduct. The City Council has also undertaken important actions aiming at protecting, promoting, and managing the city, as well as developed an Integrated Plan of Accessibility and Refurbishment for different areas of the city (Aqueduct, Canonjías, Jewish Quarter, etc.). The City Council has a specific Department of Cultural Heritage that is in charge of municipal policies aiming at safeguarding the cultural significance of the site, and is also entrusted with other policies related to heritage, such as tourism or accessibility. Implementing these policies in a coordinated way remains a challenge, and the City Council faces the constant, common problems often found in other historic cities like Segovia (increasing demand of public facilities, residential development, tourist facilities, refurbishment of degraded areas, etc.)

A General Plan guides the overall town planning, which is supplemented by a Special Urban Plan for Protection of the Historic Areas. Regulations to safeguard the Historic Site have been established through a new Urban Plan developed by the City Council. The definition of a buffer zone will be crucial to also protect views to and from the property to maintain the visual characteristics of the property, and also to protect the loop of the aqueduct. The Special Plan for the Historical Areas of Segovia will need to take this protection of the buffer zone into account and enforce appropriate regulations. 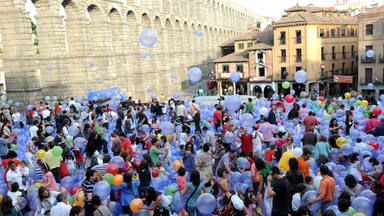