Built for the extraction, processing and transport of high-quality coal in an inaccessible region of Sumatra, this industrial site was developed by the Netherlands East Indies’ government in the globally important period of industrialisation from the late 19th to the beginning of the 20th century. The workforce was recruited from the local Minangkabau people and supplemented by Javanese and Chinese contract workers, and convict labourers from Dutch-controlled areas. It comprises the mining site and company town, coal storage facilities at the port of Emmahaven and the railway network linking the mines to the coastal facilities. The Ombilin Coal Mining Heritage was built as an integrated system that enabled the efficient deep-bore extraction, processing, transport and shipment of coal. It is also an outstanding testimony of exchange and fusion between local knowledge and practices and European technology. 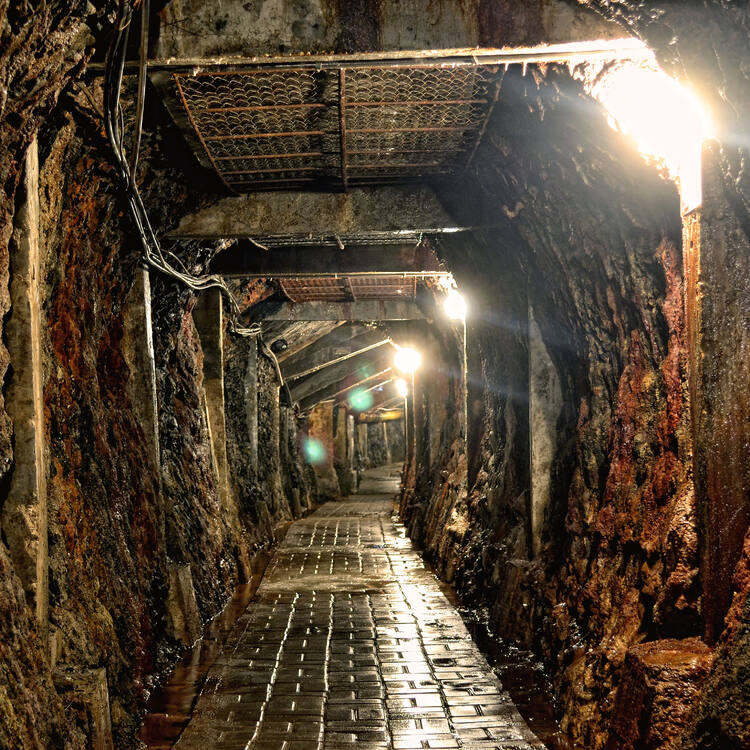 Ombilin Coal Mining Heritage of Sawahlunto is an outstanding example of a pioneering technological ensemble planned and built by European engineers in their colonies designed to extract strategic coal resources. The technological developments demonstrate both European engineering knowledge and the contribution of local environmental wisdom and traditional practices in the organisation of labour. It also exemplifies the profound and lasting impact of the changes in social relations of production imposed by the European colonial powers in their colonies, which provided both the material and labour inputs that underpinned the world-wide industrialisation of the second half of the 19th century and early 20th century. The many skilled and unskilled workers included local Minangkabau people, Javanese and Chinese contract workers, and convict labourers called ‘chained people’ or orang rantai from Dutch-controlled areas within present-day Indonesia.

Built to exploit the exceedingly rich Ombilin coal deposits, located in the inaccessible mountains of West Sumatra, the Ombilin Coal Mining Heritage of Sawahlunto is an extensive technological ensemble consisting of twelve components located in three functionally-related areas: Area A, consisting of open pit mines and labyrinthine underground mining tunnels together with on-site coal processing facilities, supported by a full-facility purpose-built mining town nearby at Sawahlunto; Area B, an ingeniously engineered rack mountain railway together with numerous rail bridges and tunnels, linking the mines to the coastal seaport, across 155 kilometres of rugged mountain terrain; and Area C, a dredged harbour and newly-constructed seaport at Emmahaven on Sumatra's Indian Ocean coast from where the coal was shipped throughout the Netherlands East Indies and to Europe.

Criterion (ii): Ombilin Coal Mining Heritage of Sawahlunto exhibits a significant interchange of mining technology between Europe and its colonies during the second half of the 19th century and early 20th century. This complex technological ensemble was planned and built as a fully-integrated system designed to enable efficient deep-bore extraction, processing, transport and shipment of industrial-quality coal. Its overall design and staged execution shows a systematic and prolonged transfer of engineering knowledge and mining practices intended to develop the mining industry in the Netherlands East Indies. This was further shaped by local knowledge concerning geological formations in the tropical environment, and by local traditional practices.

Criterion (iv): Ombilin Coal Mining Heritage of Sawahlunto is an outstanding example of a technological ensemble designed for maximum efficiency in the extraction of a key, strategic natural resource – in this case industrial grade coal. It illustrates characteristics of the later stage of global industrialisation in the second half of the 19th century and early 20th century, when engineering technologies and complex systems of production gave rise to the globalised economy of industry and commerce. The engineering technologies included deep bore vertical tunneling of mine shafts, mechanical ore washing and sorting, steam locomotion and rack railway, inclined and reverse-arc rail bridge construction, rock-blast railroad tunnels, deep-dredge harbours, and coal storage in climate-controlled silos. These were complemented by the construction of a purpose-built, planned modern mining town of more than 7000 inhabitants complete with all facilities – housing, food service, health, education, spiritual, and recreational – designed to cater to a strictly hierarchical structure of industrialisation and division of labour.

Each of the three areas includes the necessary attributes to understand the integrated system of coal exploitation and transportation – with its systemic linkage of shaft and tunnel mines, a 155 km long mountain railway system, and seaport. The components that comprise the company town and railway line continue to function; whereas the mining components are no longer in use. The overall integrity of the serial property is currently good/satisfactory, including the visual integrity; although the tropical conditions and fast rate of growth of vegetation create significant challenges for conservation, and ad hoc small-scale development is an issue for many elements and components. Some components have been adapted for new uses.

Ombilin Coal Mining Heritage of Sawahlunto is a technological ensemble consisting of twelve components. Despite the deterioration of many disused elements, the technological ensemble of mines, mining town, railway, and port facilities meet the requirements of authenticity in relation to their original form and design, materials and substance, location and setting.

Located in three regencies and four municipalities of the West Sumatra Province, the property is protected through two main legal instruments, the National Law No.11 of 2010 for the protection, development and utilisation of cultural property in Indonesia at the national, provincial, and regency and municipal levels and the National Law Number 26 of 2007 for the arrangement of special plans and spatial plans at national, provincial, regency and municipal levels. As of February 2019, all components have protective designations at the provincial and/or national levels, and the national level protection for all components is expected to be in place shortly. The process for establishing the World Heritage property as a National Strategic Area (Kawasan Strategis Nacional) will be initiated by the State Party following its inscription in the World Heritage List.

The property's state of conservation and the condition of the material attributes contained within the property's boundaries are monitored through conservation frameworks. A governance and consultation framework has been established for the management of property from the policy and planning levels, to the operational level. The overall coordination for the management of property is undertaken by the Board of the Directors for the Ombilin Coal Mining Heritage of Sawahlunto which consists of relevant ministries and members from the relevant municipalities.

Once fully established, the Site Management Office for the Conservation of the Ombilin Coal Mining Heritage of Sawahlunto will implement the management plan and maintenance plan; evaluate development proposals; provide guidance and support for owners; and coordinate the activities of all stakeholders and experts of the Advisory Board. A Management Plan is in place and provides a useful framework that could be further improved by incorporating conservation measures and principles for decision making on conservation projects (especially for adaptive reuse of historic structures).

In light of the decline in coal mining, Sawahlunto is developing heritage tourism as its main economic activity, and visitor numbers are expected to increase. West Sumatra Provincial Regulation No. 3 of 2014 includes a regional tourism development master plan 2014-2025. The management plan outlines objectives and actions to develop visitor and tourism facilities and experiences; and a Sustainable Tourism Strategy with the objectives of ensuring that sustainable tourism will assist with the conservation of the property, enhance the experience of visitors, and empower and benefit local communities. The Sawahlunto mining sites and company town currently provide visitor and tourism experiences including seven local museums and a visitor centre. The Indonesia Railway Company has commenced work to revitalise the railway to provide a tourism experience along the historic rail route. There is a proposal to develop the silo at the Emmahaven Port coal storage facilities as a staging point for the presentation of the property and as an entry point for visitors from outside West Sumatra.