Situated in north-eastern South Africa, the Barberton Makhonjwa Mountains comprises 40% of the Barberton Greenstone Belt, one of the world’s oldest geological structures. The property represents the best-preserved succession of volcanic and sedimentary rock dating back 3.6 to 3.25 billion years and forms a diverse repository of information on surface conditions, meteorite impacts, volcanism, continent-building processes and the environment of early life. 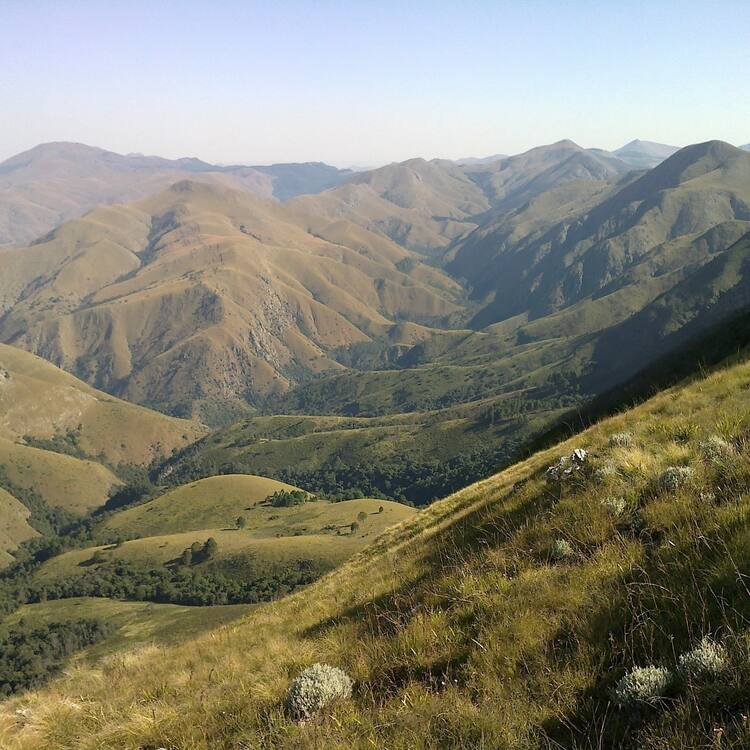 The Barberton Makhonjwa Mountains contain an outstanding record of some of the oldest, most diverse, and best-preserved volcanic and sedimentary rocks on the early Earth. These outcrops have been intensively studied for more than a century, and provide key insights into early Earth processes including the formation of continents, surface conditions 3.5 to 3.2 billion years ago, and the environment in which life first appeared on our planet.

Encased by large granite bodies and buried by a thick layer of sedimentary strata, this 340-million-year long record of Archaean lavas and sediments has largely escaped both metamorphism and erosion for all of that time. The geosites provide some of the earliest evidence of the chemical composition of our oceans and atmosphere and of the way continents are formed – all unique attributes of our planet. The Outstanding Universal Value of the property lies in both the remarkable state of preservation of the geosites, their variety, and their close proximity. There are literally hundreds of geosites of interest which, when their information is combined, allow the Barberton Makhonjwa Mountains to tell a richly consistent and as yet only partly explored story of how life on Earth began.

Criterion (viii): The property is a unique remnant of the ancient Earth’s crust, containing among the oldest, and best-preserved sequence of volcanic and sedimentary rocks on Earth. These highly accessible ancient exposures present a continuous 340-million-year sequence of rocks, starting 3 600 million years ago. Their physical, chemical and biological characteristics provide an unparalleled source of scientific information about the early Earth ‒ including the origin of continents, deposits of the hottest lavas ever to flow on Earth, repeated meteorite bombardments, anoxic oceans and atmosphere ‒ that formed the environment in which primitive unicellular life first appeared on our planet. The outstanding value of these rocks lies in the large number of sites and features that, when combined, provide a unique, and as yet only partially explored, scientific resource.

The entire 113,137 ha property lies within the Barberton Greenstone Belt and covers some 40% of that geological complex. The property’s boundary encloses a fully representative sample of 154 registered rock outcrops and is configured as a single, contiguous entity representing the key attributes of the property’s Outstanding Universal Value within the context of land use compatible with World Heritage designation. All of the key features of early Earth crustal evolution are represented by world-class geosites that are reasonably undeformed and only very slightly metamorphosed in some cases.

Greenstone belts such as Barberton Makhonjwa Mountains host significant proportions of some of the world’s mineral resources; thus, mining will be a threat in any greenstone belt worldwide except the most remote. The level of threat in the property is not high by comparison with other greenstone belts worldwide and is now largely under control due to the relatively high standards of South African environmental law. However, ongoing prospecting demand pressure continues. The threat of mining persists and will require careful monitoring.

The property is well protected by law including the World Heritage Convention Act, 1999 (Act No. 49 of 1999), the National Heritage Resources Act, 1999 (Act No. 25 of 1999), National Environmental Management Protected Areas Act, 2003 (Act No. 57 of 2003), Mpumalanga Tourism and Parks Agency Act, 2005 (No. 5 of 2005), Mpumalanga Nature Conservation Act, 1998 (No. 10 of 1998) and related regulations. The Integrated Management Plan provides a sound framework for management, protection and decision making. The South African World Heritage Convention Committee (SAWHCC) oversees the implementation of the Convention.

Ensuring coordinated and cohesive planning and management across the various parts of the property will require finalization and effective implementation of the proposed Barberton Makhonjwa Mountains Integrated Management Plan as an agreed joint management framework.

Prior to inscription, the State Party committed to increased staffing capacity with specific geoheritage technical capacities. It will be important to maintain and further enhance levels of qualified geoheritage expertise and to better balance planning and management emphasis between biodiversity and geodiversity in light of the property’s Outstanding Universal Value.

Land-owners within the property have signed a resolution committing themselves and their properties to support the proposed World Heritage Site on condition that they are afforded formal representation on all decision-making structures and that their land ownership rights are protected. The sustained cooperation of relevant land-owners will be important to foster and maintain as it is crucial to ongoing protection and ensuring visitor access to key geosites. The geosites are easy to access by researchers and the visiting public in attractive surroundings with a comfortable climate, which supports appreciation of their remarkable geological heritage value.