Quebrada de Humahuaca follows the line of a major cultural route, the Camino Inca, along the spectacular valley of the Rio Grande, from its source in the cold high desert plateau of the High Andean lands to its confluence with the Rio Leone some 150 km to the south. The valley shows substantial evidence of its use as a major trade route over the past 10,000 years. It features visible traces of prehistoric hunter-gatherer communities, of the Inca Empire (15th to 16th centuries) and of the fight for independence in the 19th and 20th centuries. 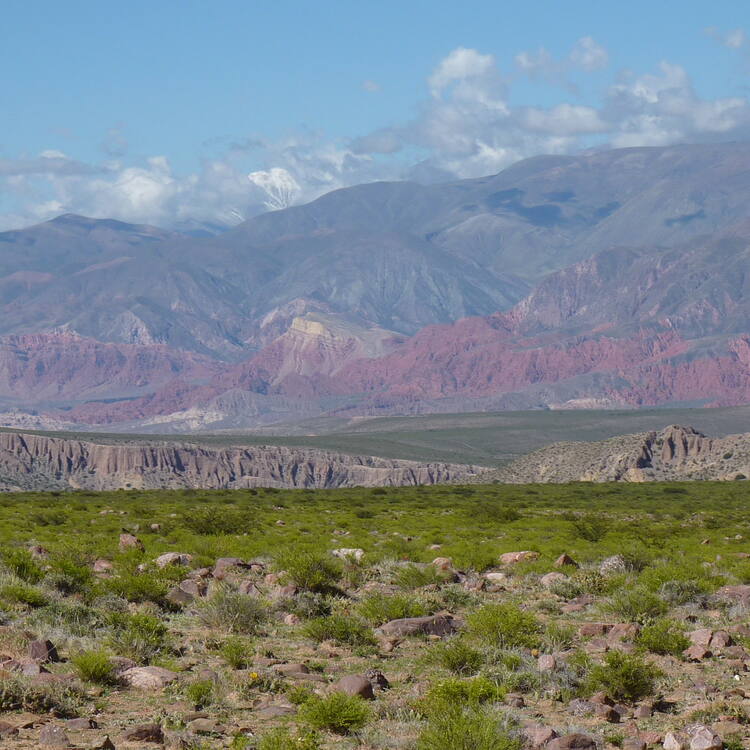 Quebrada de Humahuaca, located in the Province of Jujuy, is a narrow and arid mountainous valley, flanked by the high plateau of the Puna and the eastern wooded areas. It is located in the north-westernmost portion of the Republic of Argentina and follows the line of a major cultural route, the Camino Inca, along the spectacular valley of the Rio Grande, from its source in the cold high desert plateau of the High Andean lands to its confluence with the Rio León, forming a 155-kilometre long, north-south striking natural corridor, where the Grande de Jujuy river flows.

It is a highly representative example of the south Andean valleys, with an exceptional system of communication routes and economic, social and cultural coordination. This is the most important physical linkage between the high Andean lands and the extensive temperate plains in south-eastern South America. Its impressive natural environment is kept almost intact, with hundreds of archaeological and architectural sites that bear witness to its long and rich history. The valley shows substantial evidence of its use as a major trade route over the past 10,000 years. Scattered along the valley are extensive remains of successive settlements whose inhabitants created and used these linear routes. They include prehistoric hunter/gatherer and early farming communities (9000 BC to AD 400), large structured agricultural societies (AD 400-900), flourishing pre-Hispanic towns and villages (900-1430/80), the Incan empire (1430/80-1535), Spanish towns, villages and churches (153/93-1810), and  traces of Republican struggles for independence (1810-20th century). Of particular note are the extensive remains of stone-walled agricultural terrace fields at Coctaca, thought to have originated around 1,500 years ago and still in use today; these are associated with a string of fortified towns known as pucaras . The field system and the pucaras together make a dramatic impact on the landscape and one that is unrivalled in South America. The valley also displays several churches and chapels and a vibrant vernacular architectural tradition.

The current population, on its part, keeps its traditions in an outstanding cultural landscape. Thus, Quebrada de Humahuaca is an extremely complex heritage system characterised by elements of various kinds inserted in a stunning, impressive and colourful landscape. The interaction between the geo-ecological system and the successive societies and cultures that have occupied it for the last 10,000 years shows space-time continuity that is hard to find in other areas. Separated from the ensemble, only a few properties can be considered unique and outstanding. However, the combination of natural and cultural elements has given rise to a site that is beyond comparison in every sense.

Criterion (ii): The Quebrada de Humahuaca valley has been used over the past 10,000 years as a crucial passage for the transport of people and ideas from the high Andean lands to the plains.

Criteria (iv) and (v): The Quebrada de Humahuaca valley reflects the way its strategic position has engendered settlement, agriculture and trade. Its distinctive pre-Hispanic and pre-Incan settlements, as a group with their associated field systems, form a dramatic addition to the landscape and one that can certainly be called outstanding.

The attributes that sustain the Outstanding Universal Value of Quebrada de Humahuaca are included within the boundaries of the inscribed property and the buffer zone, which ensures the complete representation of its significance as an evolving and dynamic landscape. Quebrada de Humahuaca is a combination of different aspects of settlements and transport routes which together make up the cultural route and the cultural landscape. Overall the valley still retains a high degree of integrity but this is made up of a combination of discrete factors, each of which need to be assessed individually. The archaeological sites are well preserved as well as the conservation of construction techniques and the features of Hispanic churches. Most of the remains of the later abandoned settlements are likewise reasonably intact and have a high integrity. There is one exceptions and that is the Pucara of Tilcara which was partially reconstructed in the 1940s and thus now has low integrity. Many of the field systems associated with the pucaras are still in use and thus have integrity as part of a continuing agricultural system. The vulnerability of this site arises from the weakness of public policies and laws relating to the territorial planning, which may threaten the integrity of this property.

The attributes showing of the property preserve their authenticity, keeping its technology, use and traditions, while incorporating new elements without affecting its harmonious relation to the environment. At the same time, it continues fulfilling its millenary function as a space for communication, exchange and human settlement. The authenticity of this property, as an evolving cultural landscape, is reflected on the balance between the local uses and traditions and the introduction of modern materials and techniques. The Spanish Churches still retain their overall form and particular construction techniques, although a few seem to have been over restored. The cores of the main settlements still hold onto their distinctive low-rise form and traditional spatial planning but around the margins show diminishing authenticity in response to development pressures. On the other hand, there is evidence that the use of introduced modern materials is being countered by an increasing interest in the use of traditional local materials and techniques as a means of asserting identity.

The legal framework of Quebrada de Humahuaca comprises the Provincial Law on Protected Landscapes N°5206/00 and its decree 789/004 various regulations for the protection of specific properties, as well as municipal laws. The National Constitution of 1994 provides the overarching framework for the protection of both the cultural and natural heritage, through establishing the right to protection in order to enjoy a healthy and balanced environment. Other relevant Acts include the National Decree N°1012/00 which declared as National Historical Monuments the archaeological deposits of Coctaca, Los Amarillos, el Pucara de Tilcara and La Huerta; the National Tourism Secretariat Resolution N°242(1993), whereby Quebrada de Humahuaca and its integral villages were declared of National Interest; the National Decree of 1975 whereby the two villages of Purmamarca and Humahuaca were declared Historical Places; the National Decree of 1941 which protected the six key chapels and churches as Historical Monuments; the  National Law N° 25743/03which protected archaeological and paleontological deposits as assets of scientific interest. Further Provincial Laws protect folklore and craftsmanship as well as heritage of provincial importance. Specifically a provincial Decree of 2000 gives high priority to pursuing the inscription of Quebrada as a World Heritage Site and a Resolution shaped the composition of the Technical support Team for the proposed World Heritage Site. Overall therefore, Quebrada is well protected by both general and specific legislation designed to protect its discrete cultural heritage and there is also a legal framework for the coordinating management structure.

The management plan of Quebrada de Humahuaca is the tool for the protection and preservation of its values, which aims at achieving a comprehensive administration, as well as solving authority, jurisdiction and dominion problems that may arise in a property characterised by a great extent, complexity and dynamism. Quebrada de Humahuaca is envisioned as a site with a strengthened identity, territorially planned, and protected against natural dangers, with legally supported production diversity, a balanced environment and a better quality of life for its inhabitants.

Within this framework, the management tools include the different perspectives relating the social organisation of the population. This will allow for a balanced and harmonious functioning, where communities acknowledge their ethnic and cultural diversity, thus benefiting and strengthening their inhabitants. The implementation of participatory policies will allow for the exchange of knowledge between peoples, as well as a new appreciation of education, incorporating the complementary and reciprocal characteristics of Cosmic Thinking into all levels. As a result of these actions, the inhabitants will feel supported and deeply rooted in their land and territory, preserving and protecting both renewable and non‑renewable natural resources. Nowadays, all the aforementioned is vulnerable due to the increase of the population and the emergence of new needs and concepts mainly linked to modernity values, which threaten traditional customs.

The entities responsible for the management of the property comprise the commission of the site, the consulting board, the council of notables, the technical unit and the local commissions of the site. 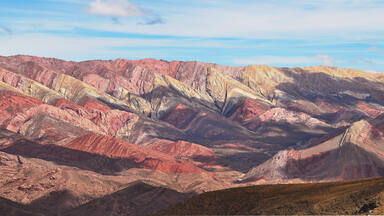