The List Ancient Villages in Southern Anhui – Xidi and ...
Print

The two traditional villages of Xidi and Hongcun preserve to a remarkable extent the appearance of non-urban settlements of a type that largely disappeared or was transformed during the last century. Their street plan, their architecture and decoration, and the integration of houses with comprehensive water systems are unique surviving examples. 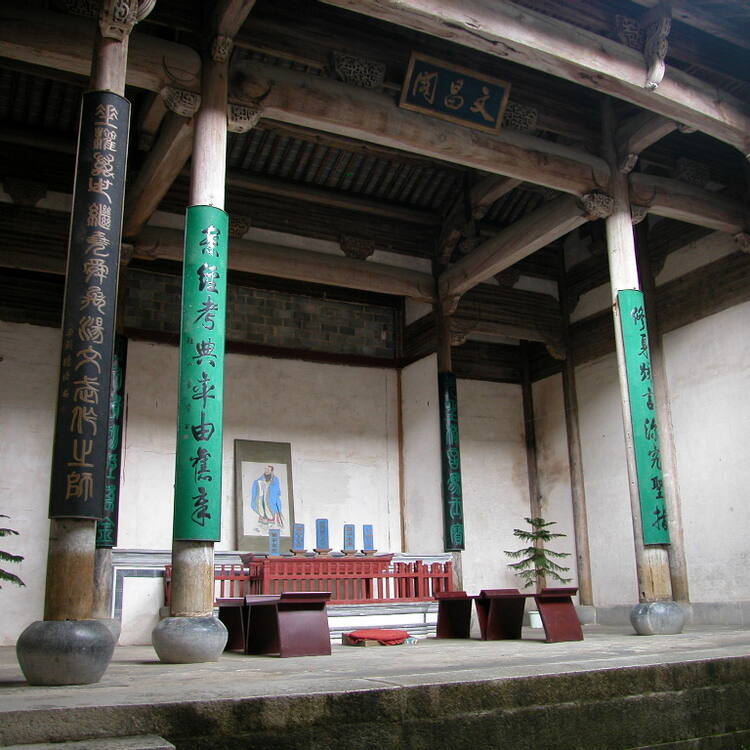 Xidi and Hongcun are two outstanding traditional villages, located in Yi County, Huangshan City in south Anhui Province, with commercial activities as their primary source of income, family and clan-based social organization, and well known for their regional culture. The overall layout, landscape, architectural form, decoration, and construction techniques all retain the original features of Anhui villages between the 14th and 20th centuries.

Deeply influenced by the traditional culture of pre-modern Anhui Province, these two villages, Xidi and Hongcun, were built by successful officials or merchants returning home from official appointments and business, and gradually developed into models of conventional Chinese village construction. Xidi is surrounded by mountains and built along and between three streams running east-west, which converge at the Huiyuan Bridge to the south. Hongcun is located at the foot of a hill next to a stream which forms two pools, the Moon Pond in the centre of the village and the other to the south. Characterised by rhythmic space variation and tranquil alleyways; and with water originating from a picturesque garden, the whole reflects the pursuit of coexistence, unity and the harmony of man and nature. The unique and exquisite style of Anhui buildings is conveyed in plain and elegant colors, their gables decorated with delicate and elegant carvings, their interiors filled with tasteful furnishings. The rigid patriarchal system together with gentle and sincere folk customs reflects the cultural ideas of scholar-bureaucrats in feudal society who paid special respect to Confucianism and Neo-Confucianism. These surviving villages bear scientific, cultural and aesthetic values with their 600-plus-year history. They are rich sources for the study of regional histories and cultures.

Criteria (iii) : The villages of Xidi and Hongcun are graphic illustrations of a type of human settlement created during a feudal period and based on a prosperous trading economy.

Criteria (iv) : In their buildings and their street patterns, the two villages of southern Anhui reflect the socio-economic structure of a long-lived settled period of Chinese history.

Criteria (v) : The traditional non-urban settlements of China, which have to a very large extent disappeared during the past century, are exceptionally well preserved in the villages of Xidi and Hongcun.

Xidi and Hongcun experienced a thousand years of continuous transformation and development, all the while authentically preserving their character as traditional Chinese villages with commercial economies and clan-based social structures. The villages faithfully preserve elements that are typical of traditional pre-modern villages, including the surrounding environment, manmade waterways, the villages’ layout, architectural style, decorative arts, construction methods and materials, traditional technology and the overall appearance of the villages; additionally, the site preserves regional art, customs, cuisine, and other forms of cultural and traditional ways of life. Xidi and Hongcun are, without a doubt, ideal sites for contemporary society to seek its history, and to research traditional village culture.

“Xidi and Hongcun” are State Priority Protected Sites, National Famous Historic and Cultural Villages. They are protected by laws including the Law of the People’s Republic of China on the Protection of Cultural Relics, the Urban and Rural Planning Law of the People’s Republic of China, the Regulations on the Protection of Historic and Cultural Towns and Villages, the Regulations on the Protection of Ancient Dwellings in Southern Anhui Province, the Management Measures of World Cultural Heritage as well as other relevant laws and regulations. Additionally, the heritage site has formulated many normative protection documents including the Management Measures for the Conservation of Xidi and Hongcun Villages, and has revised and implemented a series of special plans including the Conservation Plan for Xidi and Hongcun Villages, strengthening the monitoring and management of the heritage site and its surrounding area. The site has also established a Conservation and Management Committee, which oversees and co-ordinates the World Heritage Management Office and other dedicated management and conservation bodies, as well as creating a professional conservation team. These measures have all provided legal and administrative conservation for the authenticity and integrity of Xidi and Hongcun.

Long term plans for Xidi and Hongcun are based on the understanding that by preserving the overall spatial pattern and appearance of Xidi and Hongcun; preserving the composition of the cultural heritage property, including the village area, borders, nodes, landmark, street layout, buildings, waterways, traditional gardens, mountain and river scenic spots, and its rural landscape; maintaining the continuation and vivacity of the villages’ way of life, the long-term preservation of the cultural heritage site’s authenticity and integrity can be achieved.

Further undertakings should be conducted, including uncovering the historic and cultural resources of the site, systematically preserving the site’s non-material setting; improving infrastructure and capabilities for communication and presentation; strengthening safety and ecological support systems; improving the quality of the environment, and promoting the harmonious and friendly development of the site’s economy, society, population, resources, and development.

The management body will strictly enforce the property’s regulations for conservation and management; effectively control the capacity of the site and development activities; curb and mitigate the negative effects of development on the property; plan and coordinate the requirements of various stakeholders; construct new residences for village inhabitants outside the heritage areas and buffer zones; as well as rationally and effectively maintain the balance between measures for conservation and tourism and urban development. 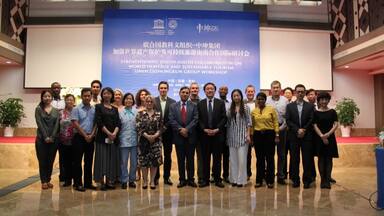