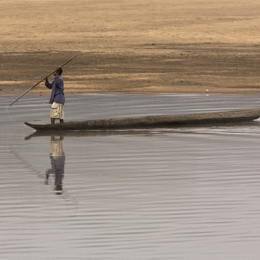 Preparatory assistance for inscription of the Royal Domain of Mbé cultural landscape, Congo

Located 200km from Brazzaville, Congo, the Royal Domain of the Mbé was inscribed on the Tentative Lists in 2008. The property, which is also of significant historical value, is made up of a group of areas linked to the culture of the Téké people and spreads across a vast territory. Villages, sacred forests, places of faith and memory highlight the history of the kingdom and the interaction of the Téké people with their surroundings. The management of the land is associated with beliefs and traditions (appointment rites, investiture or funerals, epics, etc.). Although these traditional practices governed by the Nkouembali code have deep roots, the universal value of the site has been threatened by the exploitation of natural resources (slash-and-burn farming, forest exploitation) and the disappearance of the natural habitat.

The UNESCO Office in Brazzaville assisted in establishing an action plan for the preparation of the nomination dossier. This long-term work was based on complementary research projects and the establishment of regulations and management mechanisms (especially concerning cultural and forest practices).

With the support of France, and within the framework of the France-UNESCO Cooperation Agreement, the World Heritage Centre assisted the Congolese authorities with the inscription process in 2011-2013. A workshop organized by the Direction Générale du Patrimoine et des Archives (director general of heritage and archives), with the support of the UNESCO office, and run by the University of Congo, encouraged reflection, research and therefore a clearer delineation on the site’s attributes. Two technical missions took place in order to identify values and elements for management.