Historic Centre of Oporto, Luiz I Bridge and Monastery of Serra do Pilar

The secretariat received information from ICOMOS-Portugal about infrastructural works in Porto with the aim to improve navigability of the river and the protection of the shorelines. The Secretariat has requested the Government of Portugal for a report on this matter.

The Bureau, based on information that may be available at the time of the twenty-second session of the Bureau, may recommend appropriate actions to the consideration of the State Party and the Committee.

22nd extraordinary session of the Bureau in 1998:

The Bureau at its twenty-second session took note of a report on the impact of infrastructural works in the River Douro on the World Heritage values of the site of Porto. It requested the State Party to submit by 15 September 1998 detailed information and an assessment report on the impact of the works on the World Heritage site. The State Party was informed of the decision of the Bureau by letter on 7 July 1998. At the time of the preparation of this document no information has been received.

Decision required:  The Bureau may wish to examine information that may be available at the time of its session and take appropriate action thereupon.

The Bureau at its twenty-second session took note of a report on the impact of works at the River Douro on the World Heritage values of the site of Porto. In response, the State Party by letter dated 16 November 1998, informed that:

-       at this moment no finances have been allocated and no date has been established for its execution.

The Bureau was not able to examine the eventual impact of infrastructural works in the River Douro on the World Heritage values of Porto, due to the lack of response from the State Party to enquiries made by the Secretariat.

The Bureau requested the State Party to submit detailed information and an assessment of the impact of the works on the World Heritage site by 15 September 1998 for examination by the Bureau at its twenty-second extraordinary session.

The Bureau urged States Parties to respond in due time to Secretariat’s requests for information which would greatly facilitate the work of the Secretariat and the Bureau.

At a later stage during the examination of the state of conservation reports, the Observer of Portugal informed the Bureau that the works at the marina in Angra do Heroismo had been interrupted until the 17th century shipwrecks have been recovered. The legislation adopted by the regional authorities specifically covered the protection of the historic site of Angra. On the Historic Centre of Porto, he informed the Bureau that there was indeed an infrastructural project but that no works were being undertaken yet and that, even so, these would not affect the values of the site. The Bureau took note of his intervention. 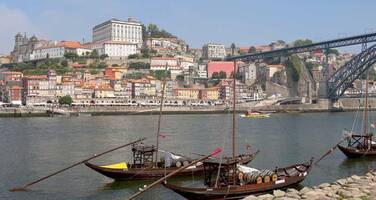