Project for the building of a theme park - "Dracula Park" - in the vicinity of the World Heritage site.

The representatives of the Romanian Ministry of Culture confirmed during a meeting with the World Heritage Centre on 11 October 2003 the official decision of the national authorities to relocate the proposed Dracula theme park, which was planned in the immediate vicinity of the World Heritage site, to the city of Snagov, 40 km away from Bucharest.

On 13 October 2003 the State Party submitted a brief report that outlines a number of urban development projects and conservation activities being carried out within the property. Examples of major restoration work include Biserica din Deal Church and Casa cu Cerb house, Building at Piaţa Cetǎţii No 6 and 13, Scolii Street No 4-6 as well as Turnul cu ceas History Museum and Turnul Fierarilor Tower. Future conservation plans include infrastructure development such as natural gas supply, water and sewage network as well as underground cable network for electricity and television services. It is not clear, however, from this short report whether the conservation efforts undertaken have taken into account the comments made by ICOMOS on the restoration and conservation of the property as requested by the World Heritage Committee at its 27th session.

The World Heritage Centre has been informed that a meeting foreseen by the Mihai Eminescu Trust in conjunction with the World Bank, to include all the stakeholders of the site, is scheduled to take place by the end of 2004.

1. Taking note of the progress made with regard to restoration projects and protection measures for the World Heritage property,

3. Further urges the State Party to implement the activities foreseen under the International Assistance granted through the World Heritage Fund in order to enhance the state of conservation of the property;

1.  Taking note of the progress made with regard to restoration projects and protection measures for the World Heritage property,

2.  Regrets that the State Party has not been able to provide an overall management plan, including management of tourism for the property and urges that the preparation of such plan be undertaken as soon as possible;

3.  Urges the State Party to implement the activities foreseen under the International Assistance granted through the World Heritage Fund in order to enhance the state of conservation of the property; 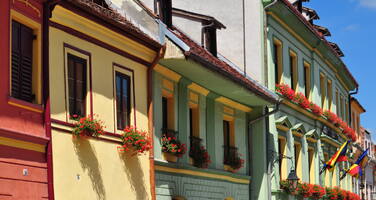