The List City of Luxembourg: its Old Quarters and ...
Print

City of Luxembourg: its Old Quarters and Fortifications

City of Luxembourg: its Old Quarters and Fortifications

Because of its strategic position, Luxembourg was, from the 16th century until 1867, when its walls were dismantled, one of Europe's greatest fortified sites. It was repeatedly reinforced as it passed from one great European power to another: the Holy Roman Emperors, the House of Burgundy, the Habsburgs, the French and Spanish kings, and finally the Prussians. Until their partial demolition, the fortifications were a fine example of military architecture spanning several centuries. 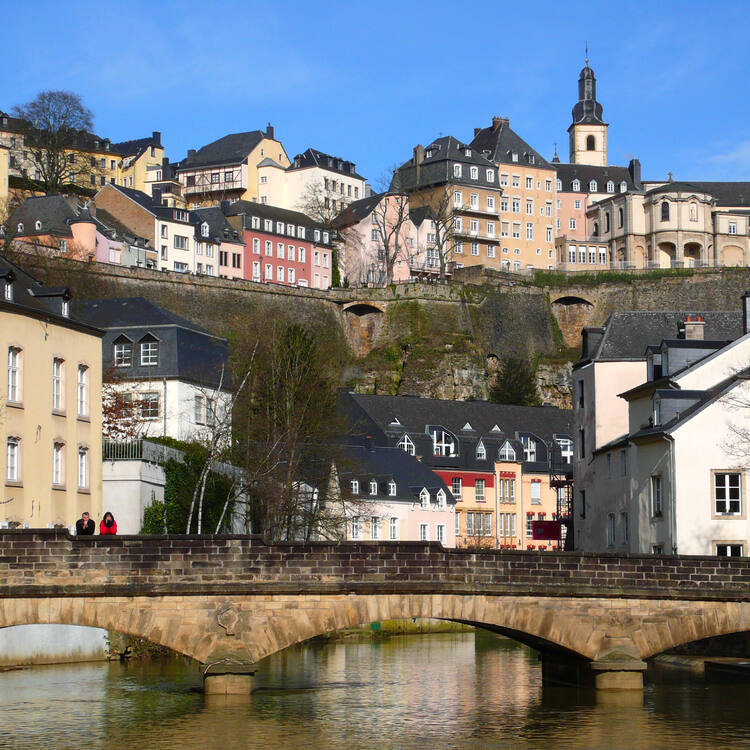 City of Luxembourg: its Old Quarters and Fortifications (Luxembourg) © OUR PLACE The World Heritage Collection

The Old City of Luxembourg is located at the confluence of the Alzette and Pétrusse Rivers, on a very steep rocky outcrop which is somewhat of a natural fortification that only needed to be completed on the west side. Due to its exceptional strategic position, the City of Luxembourg was one of the largest fortresses of modern Europe which was constantly strengthened and reinforced as it passed successively into the hands of the great European powers.

Originally, the City of Luxembourg comprised only a small fort (the castle) built shortly after the middle of the 10th century on an almost inaccessible rock.  In the 12th century, the settlement that developed near the castle was protected by a stone fortification wall, which was extended in the 14th and 15th centuries. In 1443, the city was taken by the troops of Burgundy. Through inheritance it passed to the Habsburgs and became Spanish until 1684. During this period, the site was transformed into a veritable fortress. After the conquest by King Louis XIV, Vauban extended and reinforced the fortifications. In the 18th century, the Austrians continued his work and created the "Gibraltar of the North". After the Congress of Vienna, the Prussians created new military structures until the dismantling was decided in 1867. Following the Treaty of London in 1867, the majority of the fortifications were demolished but many vestiges representative of all these eras remain, of which a number of gates, forts, bastions, redoubts and casemates.

The city also retains the layout of its streets and many public buildings, important testimony of its origins and its development since the 10th century. Inside and at the foot of the ramparts, quarters where people lived and engaged in trades or crafts developed.  They also kept places of worship, such as the Church of St. Michel, now a veritable museum of sacred art, or the Church of St. Nicolas, subsequently transferred to the sanctuary of the Jesuits, the present cathedral. The ancient Abbey of Neumünster is a landmark in the borough of Grund. In the Upper Town, in the shadow of the walls, aristocratic families and the major religious communities built their mansions called "shelters" to be close to the administrations and official institutions. The old quarters still bear the imprint of their former inhabitants and their activities.

Despite the dismantling of the fortress, the fortifications and the old quarters, today the city is a historical ensemble of prime importance. It is an outstanding example of a fortified European city and host to an exceptional variety of military vestiges illustrating a long period of Western history.

Criterion (iv): The City of Luxembourg played a significant role in European history for several centuries. It preserves major remains of its impressive fortifications and its old quarters, in an exceptional natural setting.

Despite the many assaults from the 15th to the 18th century and the systematic dismantling in the late 19th century, the old quarters and fortifications of the City of Luxembourg enable a complete representation of its historical significance as a fortress and historic city. Bastions and other fortifications still characterize the site of the city, even if they have lost all military significance. Inside the ramparts, the narrow streets recall the minimal housing conditions of the medieval urban fabric.

The authenticity of the old quarters and of the fortifications remains high. The massive defensive structures, by their very nature, have defied any significant changes in their shape or their materials, apart from the disappearance of certain defensive elements destroyed during the years following 1867. The largest part of the plan of the city has survived, which shows how the civil constructions were forced to comply with a plan imposed by the requirements of defence and war.

From the 19th century, several bastions were integrated as picturesque elements in urban projects. The dismantling of large sections of its defensive walls allowed the city to develop; the old quarters have thus been preserved, although many buildings had to be reassigned. Some houses have become administrative buildings or museums, but their appearance has not changed. Several elements of the fortifications buried in the 19th century have been cleared and restored.

The protection of properties belonging either to the State or to the City of Luxembourg or individuals is governed primarily by the Law of 18 July 1983 relating to the conservation and protection of national sites and monuments. This law imposes significant restrictions on owners and occupiers of protected sites and buildings. The implementation of this legislation is the responsibility of the Ministry of Culture, Department of National Sites and Monuments.

The vestiges of ancient fortifications are the property of the State, who ensures their ongoing maintenance. The old quarters are considered by the City of Luxembourg as protected areas. In addition, many buildings are classified as national monuments or listed in the supplementary inventory of historic monuments. All operations are closely monitored both by the Department of National Monuments and Sites (Ministry of Culture) and by the City, to assess the physical impact on the built environment and maintain the visual coherence of the townscape. In cases where the work involves digging in the soil, archaeological observations, or, in certain cases, excavations are obligatory.

The National Museum of History and Art and the City History Museum raise public awareness of the cultural and historical wealth of the property. In the same vein, the Ministry of Culture developed the Three Acorns Museum dedicated to the fortress and its influence on the life of the City and its inhabitants. 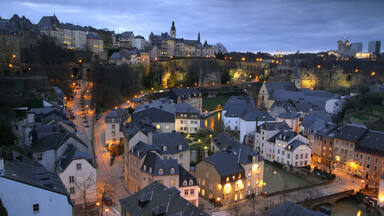