Built in A.D. 794 on the model of the capitals of ancient China, Kyoto was the imperial capital of Japan from its foundation until the middle of the 19th century. As the centre of Japanese culture for more than 1,000 years, Kyoto illustrates the development of Japanese wooden architecture, particularly religious architecture, and the art of Japanese gardens, which has influenced landscape gardening the world over. 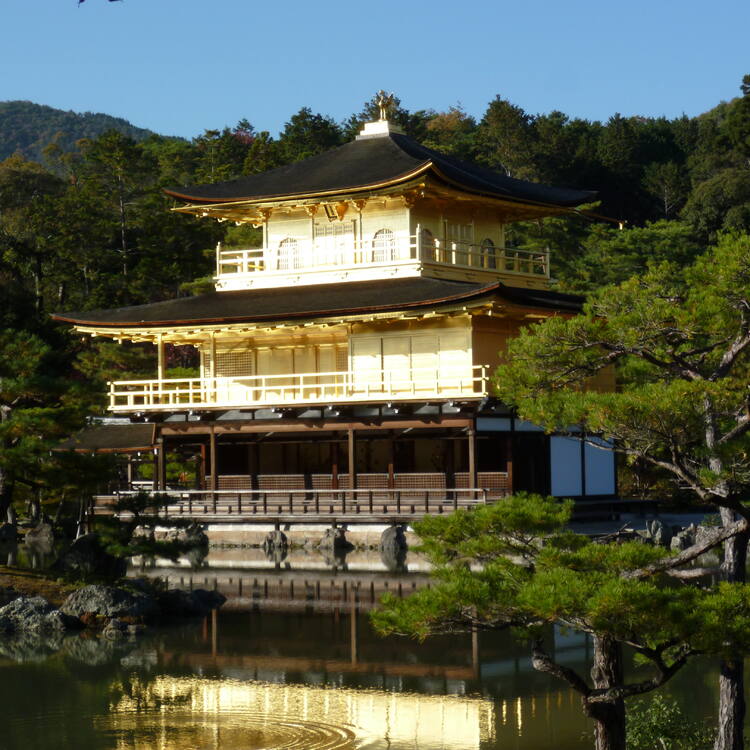 The Historic Monuments of Ancient Kyoto (Kyoto, Uji and Otsu Cities) consist of seventeen component parts that are situated in Kyoto and Uji Cities in Kyoto Prefecture and Otsu City in Shiga Prefecture. Built in A.D. 794 on the model of the ancient Chinese capital, Kyoto has acted as the cultural centre while serving as the imperial capital until the middle of the 19th century.

As the centre of Japanese culture for more than a thousand years, it spans the development of Japanese wooden architecture, particularly religious architecture, and the art of Japanese gardens, which has influenced landscape gardening the world over. Most of the one hundred ninety-eight buildings and twelve gardens that make up the seventeen component parts of the property were built or designed from the 10th to the 17th centuries.

All of the seventeen components of the inscribed property are religious establishments except for the castle of Nijo-jo. Together they cover a total of 1,056 hectares and are surrounded by a buffer zone of 3,579 hectares.

Criterion (ii): Kyoto was the main centre for the evolution of religious and secular architecture and of garden design between the 8th and 17th centuries, and as such it played a decisive role in the creation of Japanese cultural traditions which, in the case of gardens in particular, had a profound effect on the rest of the world from the 19th century onwards.

Criterion (iv): The assemblage of architecture and garden design in the surviving monuments of Kyoto is the highest expression of this aspect of Japanese material culture in the pre-modern period.

Although each of the individual buildings, building complexes and gardens that make up the inscribed property represent various unique periods of history, seen together they illustrate the general historical development of Japanese architecture and gardens.

Together the seventeen component parts provide a clear understanding of the ancient capital’s history and culture. In addition, the property gives a very comprehensive picture of Japanese culture over the long period of time. Thus, the integrity of the property is ensured in both its wholeness and intactness. Moreover, each of the seventeen individual parts of the property exhibits a high degree of individual integrity.

Because the scattered component parts exist within an urban context, uncontrolled development poses a threat to the inscribed property’s overall visual integrity.

In the light of the Japanese tradition of restoration and reconstruction, the buildings and gardens that compose the property retain high levels of authenticity. Although in only very rare cases have entire buildings, or even portions of them, survived intact from their construction, the rigorous respect for the original form, decoration, and materials that has prevailed in Japan for more than a millennium has ensured that what is visible today conforms in almost every detail with the original structures. This tradition has been reinforced since the end of the 19th century when the Ancient Shrines and Temples Preservation Law was enacted (1897). Only damaged portions are repaired or, if required, replaced and this work is done with careful documentation and scientific investigation. While gardens were not well preserved in the period immediately following the Second World War, since 1965 garden conservation has been included as part of the work supported by the Agency for Cultural Affairs and is undertaken with the same attention to excavation surveys and other research. Those responsible for such work have taken great pains to ensure the use of traditional materials and techniques, to the extent of reproducing original tools.

When earlier restoration or repair work used inappropriate materials or techniques this work has been replaced with repairs based on appropriate research with no conjecture. Damaged components of both the wooden buildings and gardens are replaced only when necessary and attention is paid to historical detail. Authenticity of workmanship is enhanced with careful study of techniques and the use of appropriate tools. Most of the one hundred ninety-eight buildings across the inscribed property remain in their original location.

Thus, the buildings and gardens composing the property retain high levels of authenticity in terms of form/design, materials/substance, traditions/techniques, and location/setting.

All of the buildings, gardens composing the property are protected under the 1950 Law for the Protection of Cultural Properties. Among the one hundred and ninety-eight buildings, thirty-eight are designated as National Treasures and one hundred and sixty as Important Cultural Properties. With regard to the twelve gardens, eight are designated as Special Places of Scenic Beauty and four as Places of Scenic Beauty. Under the 1950 Law, proposed alterations to the existing state of the property are restricted, and any alteration must be approved by the national government or local governments in case of minor alteration.

Strict enforcement of building codes is carried out in the buffer zones and ongoing communication exists between the city government and property owners to balance protection of the property’s integrity with urban development. The buffer zones are covered by the Historic Environment Control Area. In these areas, proposed development activities are controlled by (i) the National Parks Law, (ii) the Ancient Capitals Preservation Act, (iii) Scenic Zones under the Shiga Prefecture Scenic Zone Ordinance or the Kyoto Prefecture Scenic Zone Ordinance, and/or (iv) regulated areas under the City Town Planning and relevant city ordinances. Beyond the buffers zones, building height in the urban areas is regulated by the Historic Environment Control Area.

Following Uji City’s effort in 2000, Kyoto City also developed its new landscape conservation policy and strategy in 2007, to strengthen the height control for buildings and to enhance the building design codes.

In terms of ownership of the inscribed property, religious organizations own sixteen of the seventeen component parts, and Kyoto City owns the remaining part, the castle of Nijo-jo. Day-to-day management is the responsibility of the individual owners who conduct necessary repairs including seismic strengthening.

As fire is the greatest risk to the property, the monuments are equipped with automatic fire alarms, fire hydrants, and, if necessary, lightning arresters. In addition, some owners of the component parts organize fire brigades that work in cooperation with public fire offices.

The Agency for Cultural Affairs, Kyoto and Shiga Prefectures, and Kyoto, Uji and Otsu Cities provide the owners of the component parts with both financial assistance and technical guidance for their protection and management. 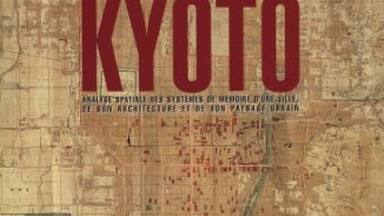 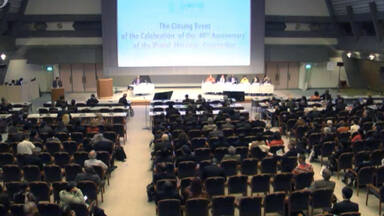 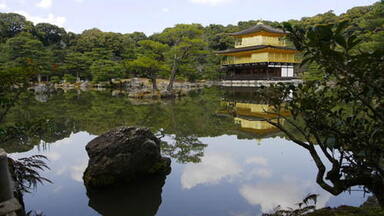