The List Churches of Peace in Jawor and Świdnica
Print

Churches of Peace in Jawor and Świdnica

Churches of Peace in Jawor and Świdnica

The Churches of Peace in Jawor and Świdnica, the largest timber-framed religious buildings in Europe, were built in the former Silesia in the mid-17th century, amid the religious strife that followed the Peace of Westphalia. Constrained by the physical and political conditions, the Churches of Peace bear testimony to the quest for religious freedom and are a rare expression of Lutheran ideology in an idiom generally associated with the Catholic Church. 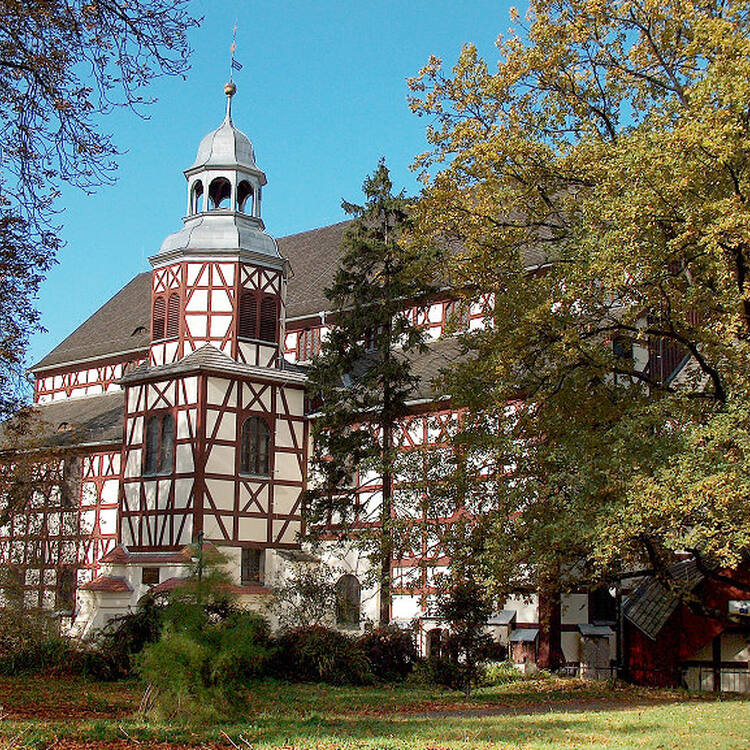 Churches of Peace in Jawor and Swidnica © Bozena Pytel

The Churches of Peace located in the towns of Jawor and Świdnica in the Silesia region of south-western Poland are the largest timber-framed Baroque ecclesiastical buildings in Europe. They were built in the mid-17th century to a scale and complexity unknown in European wooden architecture before or since, following the provisions of the Peace of Westphalia, which concluded the Thirty Years’ War in 1648. The terms of the peace treaty effectively eradicated the Evangelical Church in the Silesian hereditary principalities directly controlled by the Holy Roman Emperor, Ferdinand III. The Evangelicals, who constituted the majority of the population in these areas, were deprived of the religious freedom they had hitherto enjoyed and lost almost all of their churches. It was only courtesy of Swedish diplomatic intervention that permission was granted to build three churches.

Lengthy and expensive efforts were made to secure imperial consent, which, when issued, imposed exceptionally strict conditions: the churches were to be located beyond town boundaries, within an area strictly defined by imperial officials; they were to be built of wood and clay; they could not feature a tower; and their construction was to be completed within one year. The architect and engineer Albrecht von Säbisch had to reconcile these requirements with the expectations of a large Evangelical community for whom these were to be the only churches. Using traditional materials and technologies, the architect created a set of buildings that represented the pinnacle of timber-framing construction technology. The centuries-long timber-frame tradition allowed carpenters to erect buildings that could survive for hundreds of years, in spite of the impermanence of the materials used. The Church of the Holy Spirit in Jawor was built in 1654–1655 as a rectangular three-aisled basilica with a three-sided chancel of reduced form. The Church of the Holy Trinity in Świdnica was built in 1656–1657 as a three-aisled basilica with a Greek cross ground plan. The third of the Churches of Peace allowed under the Peace of Westphalia was built in Głogów in 1652, but burned down a hundred years later.

Both of the surviving churches feature multi-tier galleries, thanks to which the capacity of building was extended to about seven thousand people each. The rich décor, which developed over the ensuing decades, integrates exuberant Baroque forms and complex imagery into their architectural framework in a unique way that celebrates the coexistence of Baroque art and Lutheran theology, and reflects the social hierarchy of the time.

Criterion (iii): The Churches of Peace are outstanding testimony to an exceptional act of tolerance on the part of the Catholic Habsburg Emperor towards Protestant communities in Silesia in the period following the Thirty Years’ War in Europe.

Criterion (iv): As a result of conditions imposed by the Emperor, the Churches of Peace required the builders to implement pioneering constructional and architectural solutions of a scale and complexity unknown before or since in wooden architecture. The success may be judged by their survival to the present day.

Criterion (vi): The Churches of Peace bear exceptional witness to a particular political development in Europe in the 17th century of great spiritual power and commitment.

Within the boundaries of the serial property are located all the elements necessary to sustain the Outstanding Universal Value of the Churches of Peace in Jawor and Świdnica, including the original structures of the wooden frameworks in-filled with clay panels (which are integrally combined with the historical extensions that were added over time), and the elements of the interior décor and furnishings. In the vicinity of each church but outside the property are located the parish buildings essential for the functioning of the church community, and a cemetery. The historically shaped spatial integrity between each church and its surroundings has been preserved. The silhouette of the entire architectural complex is clearly visible in each townscape. The property does not suffer from adverse effects of development and/or neglect.

The Churches of Peace survive in fully authentic form, particularly regarding their locations and settings, forms and designs, materials and substances, and function, as evidenced by their unaltered emplacement, the structural system and materials used in their construction, and the preservation of the original function of these Evangelical-Augsburg parish churches. Architectural features (such as galleries and guild and family box pews), interior décor, and furnishings that were added after the initial construction are consistent with the original architectural forms and maintain a cohesive artistic unity. Renovation and conservation work (including preventive conservation measures) carried out on the churches has preserved their Outstanding Universal Value and authenticity by slowing down the processes of deterioration. A full programme of conservation is applied solely to individual elements of the décor and furnishings. The only new technological elements introduced in both buildings are alarm and fire prevention systems. There are no potential threats and risks identified for the property.

The Churches of Peace in Jawor and Świdnica, which are regularly used for religious services, are legally protected under the regulations on the protection of monuments, implemented by the national monument protection services. Responsibility for their guardianship and management lies with their owners, the Evangelical-Augsburg parishes in Jawor and Świdnica, which are legally entitled to carry out and finance conservation works. Renovation and conservation tasks in each case require approval of the planned work and relevant permission from the state conservation services.

Sustaining the Outstanding Universal Value, authenticity, and integrity of the property over time will require the development of a Management Plan as a strategic document in order to ensure the effective protection of the churches and their surroundings.

play_arrow Churches of Peace in Jawor and Świdnica (UNESCO/NHK)