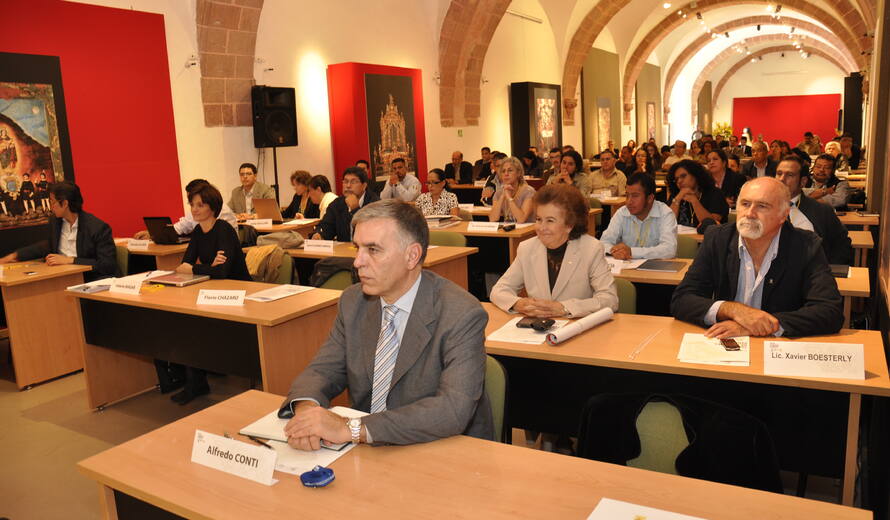 The first preparatory meeting for the Second Cycle of the Periodic Reporting exercise for World Heritage in Latin America and the Caribbean (LAC) for the Mexico and Central America sub region was held from 6 to 8 September 2010 at the Antiguo Convento Franciscano de Propaganda FIDE, currently the Guadalupe Museum in Zacatecas (Mexico). The meeting coincided with the inauguration of the World Heritage Category 2 Centre in Zacatecas, approved by the 35th session of the General Conference of UNESCO in October 2009.

World Heritage cultural and natural focal points from each country and site managers of the seven States Parties in the sub-region met to advance the preparation of the Second Cycle of the Periodic Reporting exercise, and to discuss programmes and activities to be implemented in the Region until 2013. Over one hundred participants included national, regional and local authorities, senior officials in charge of cultural and natural heritage protection and management in the sub-region, experts from the Advisory Bodies (ICOMOS, IUCN and ICCROM), as well as staff from the Category 2 Centre of Zacatecas. Representatives of heritage institutions in Cuba and the Dominican Republic attended as observers. Mexican authorities in charge of heritage protection, such as the National Council for Arts and Culture (CONACULTA), the National Institute of History and Anthropology (INAH), the National Institute of Fine Arts (INBA) and the National Commission of Natural Protected Areas (CONAMP) also participated in the discussions.

The three-day meeting was organized by the UNESCO World Heritage Centre Latin America and the Caribbean Unit, in close coordination with the Category 2 Centre in Zacatecas, the National Institute of Anthropology and History (INAH) and the Commission for Natural Protected Areas (CONANP).