Cooperation with other Conventions and programmes 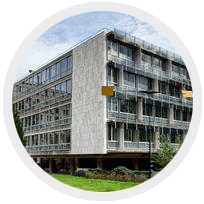 Synergies at the
World Heritage
Centre

How we use synergies and data on multiple protections at WHC on a daily basis. 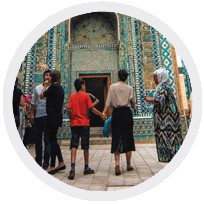 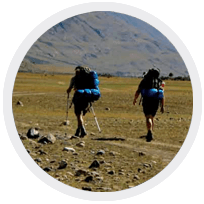 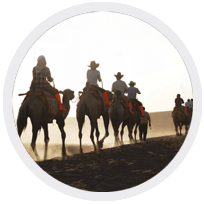 Synergies with
the international site
designations

Coordination and cooperation among the key international site-based designations.

Synergies at the World Heritage Centre

Over 15% of World Heritage Properties are protected by at least 1 other multilateral agreement or programme. The World Heritage Centre collects and presents relevant information in its database. 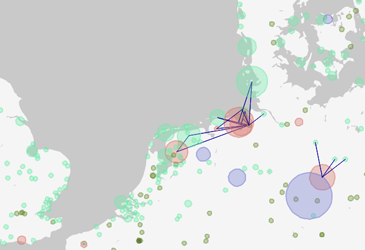 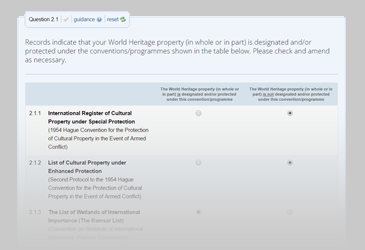 The Periodic Reporting Cycle 3 uses Synergies to question the States Parties and Site Managers on how they cooperate with the different conservation instruments and how overlapping protection is being used to ensure the conservation of heritage. 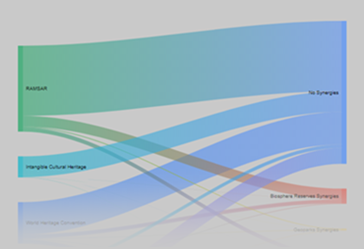 At the World Heritage Centre, we use Synergies to keep our databases updated on the latest developments on global conservation for both cultural and biodiversity-related World Heritage Properties. Through very specific searches on The List, anyone can generate meaningful graphs and data tables with an extensive set of filters.

Review of working methods, planning for statutory meetings and coordination of funding and resource mobilization ...

UNESCO has established the Culture Conventions Liaison Group (CCLG) to reinforce synergies among its six culture conventions. The work includes review of working methods, planning for statutory meetings and coordination of funding and resource mobilization.

UNESCO also coordinates meetings of the chairpersons of the intergovernmental committees of the six UNESCO Culture Conventions, who met for the first time in Bonn, Germany, on 29 June 2015, on the occasion of the 39th session of the World Heritage Committee. The statement by the chairs recognizes the importance to enhance the synergies and mutual reinforcement among the conventions, and encourages further sustained efforts to achieve this goal.

The second meeting of the chairpersons of the committees of UNESCO culture conventions was organised at UNESCO Headquarters on 26 September 2016. The chairs discussed safeguarding cultural heritage and cultural diversity in times of conflict and the role of the culture conventions in the 2030 Agenda for Sustainable Development.

Although each of the seven biodiversity-related Convention is different, they all contribute towards conserving and sustainably using biodiversity. Therefore, enhanced coordination and cooperation at different levels can be mutually beneficial, leading to effective implementation. A detailed report on synergies between the World Heritage Convention and other Multilateral Environmental Agreements (MEAs) was provided to the World Heritage Committee at its 33rd session (Seville, 2009). An update of this cooperation was provided within an information document presented to the World Heritage Committee at its 36th session (Saint Petersburg, 2012).

The UNESCO World Heritage Centre is a member of the Liaison Group of Biodiversity-related Conventions, a key mechanism for interaction among the Secretariats of the seven key biodiversity-related conventions. UNESCO also takes part in a number of other initiatives to increase coordination and cooperation, including the United Nations Information Portal on Multilateral Environmental Agreements (InforMEA) to improve knowledge sharing.

The World Heritage Committee has also expressed its concerns about the impacts of poaching and the illicit wildlife trade on World Heritage properties and called for strengthened cooperation with the Convention on International Trade in Endangered Species of Wild Fauna and Flora (CITES) (Decision 40 COM 7). Several World Heritage properties are also monitored by CITES under its Monitoring the Illegal Killing of Elephants (MIKE) programme. A report on these interlinkages has been provided by the CITES secretariat, including a summary of discussions between the Secretariats.

The secretariats of the seven biodiversity related conventions  also carry out joint awareness raising activities, which have included Joint Statement by the Liaison Group of the Biodiversity-related Conventions on the occasion of the United Nations Sustainable Development Summit 25-27 September 2015, and Message from biodiversity-related conventions: UN Sustainable Development Goals and the CBD Aichi Biodiversity Targets on the occasion of the 2016 IUCN World Conservation Congress.

The effective and timely implementation of the different Conventions requires active involvement and collaboration between national focal points and responsible national authorities. A number of resources already exists on the options and opportunities to increase synergies and harmonised implementation of the biodiversity-related conventions. For a list of useful resources, see also World Heritage and Biodiversity.

Synergies among the international site designations

Within the United Nations, UNESCO has a unique mandate to designate natural areas of significance for all humanity. It does so through three intergovernmental instruments – the World Heritage Convention, the Man and the Biosphere Programme, with its World Network of Biosphere Reserves, and the International Geoscience and Geoparks Programme.

The four key international site-based designations, including the World Heritage properties, the Biosphere Reserves, the UNESCO Global Geoparks, and the Ramsar Sites under the Ramsar Convention on Wetlands have both similarities and differences. UNESCO has published a quick reference guide to help understand how the different site based conservation instruments function, how they differ, and how they complement each other. Moreover, UNESCO has been active in communicating the opportunities for synergies and a special issue of the World Heritage review (No. 70) is devoted to synergies for protecting sites.

UNESCO supports coordination and cooperation among the designation mechanisms, which is particularly important at areas recognised simultaneously under several international designations. IUCN, in close collaboration with UNESCO and the Secretariat of the Ramsar Convention on Wetlands, has published guidance on harmonising the management of Multi-Internationally Designated Areas (MIDAs).

Workshop on Synergies among the Biodiversity-Related Conventions (CBD, 2016)

Elaboration of options for enhancing synergies among biodiversity-related conventions (UNEP, 2015)

[1] The adopted version, dated 8 July 2015, is available in PDF format at the following web address: https://whc.unesco.org/en/sessions/39COM/decisions

2. Notes with interest the above-mentioned document;

3. Invites the World Heritage Centre to strengthen the links between the 1972 Convention and 2005 Convention on the Safeguarding and Protection of the Diversity of Cultural Expressions;

4. Also invites all States Parties to the 1972 Convention to become party to other standard-setting instruments of UNESCO in the field of culture, and to coordinate the initiatives they develop for the implementation of the different conventions;

5. Recalls its Decisions 28 COM 12 (Suzhou, 2004) and 7 EXT.COM 9 (UNESCO, 2004) requesting an enhanced collaboration between the Secretariats of the Conventions in the field of culture, in respect of their specificities;

6. Encourages the information exchanges and the participation at committee sessions of the different conventions;

3. Takes note with appreciation of the activities undertaken by the World Heritage Centre over the past year in pursuit of the Committee's five Strategic Objectives;

4. Takes also note of the findings of the study undertaken by UNESCO's Internal Oversight Service on the mapping of the workload of the World Heritage Centre presented in Document WHC-09/33.COM/INF.5A.3;

5. Notes with satisfaction that the World Heritage Centre is working with the secretariats of intergovernmental committees of related conventions such as the Convention for the Safeguarding of Intangible Cultural Heritage, and the Convention for the Protection of the Underwater Cultural Heritage-2001 and recommends that such cooperation be encouraged as this would further strengthen the work of the Centre;

7. Also requests the World Heritage Centre, in future reports on activities undertaken, to further strengthen the information and analysis available to States Parties by:

a) Retaining the current format to report activities and including an update on progress with implementing the Committee's decisions,

b) Describing the criteria by which the World Heritage Centre makes decisions as to which activities under the Convention it undertakes,

c) And including, on a discretionary basis, analysis of strategic issues and new directions;

8. Further requests the World Heritage Centre to produce, on an experimental basis, an indexed audio verbatim recording of the proceedings of the 33rd Session in addition to the standard summary records (as produced since the 26th session of the World Heritage Committee);

9. Notes the outline provided by the World Heritage Centre of its roles and the roles of the Advisory Bodies and agrees that this topic be further discussed at the 34th session of the Committee in 2010 under a separate agenda item;

10. Requests furthermore the World Heritage Centre to outline the forward direction of the World Heritage thematic programmes and initiatives, to enable an understanding of how these themes connect with and integrate into general programmes, and how they might be resourced;

11. Notes that the Centre already proactively engages women in its Heritage Programmes in Asia, Africa and the Caribbean as part of its gender balance policy and the provision of equal opportunity to all, and recommends that gender balance and community involvement be prioritized in the Centre's programmes;

13. Requests the World Heritage Centre to reconsider the term "prehistory", to better recognize the continuing cultures of indigenous communities, to ensure global representation in the identification and conservation of related properties, and to present a report on progress in developing an Action Plan on Prehistory and World Heritage at its 34th session in 2010;

14. Notes with concern the ongoing destruction of some of these fragile sites, including the recent destruction of the Rock Art sites of Tardrat Acacus in Libya, and requests the State Party to take immediate action and other measures as necessary to address the problem in consultation with the World Heritage Centre and to invite a joint World Heritage Centre / ICOMOS mission;

15. Expresses its gratitude to the Governments of Bahrain, South Africa and Spain for the financial and technical support for the various international scientific encounters, and recognizesthe proposal of the Government of Spain in establishing a centre for the research of Prehistory;

16. Recalling the Decision of the World Heritage Committee 31 COM.21C to carry out a programme of sustainable development concerning the conservation of earthen architecture, thanks the Governments of Italy and France for their support of the programme on earthen architecture in Africa and the Arab States in particular, and requests the potential financial donors and the States Parties to support the implementation of activities and further requests the World Heritage Centre to submit a progress report at its 35th session in 2011;

17. Takes note of the progress report on the World Heritage Tourism Programme;

18. Thanks the Governments of Australia, China, France, India, Switzerland and United Kingdom, who have worked in close collaboration with the World Heritage Centre and the Advisory Bodies, the World Tourism Organization and other partners, for contributing to the Initiative of Sustainable Tourism;

19. Expresses its gratitude to the Governments of Australia and China for the organization of a workshop on sustainable tourism at the World Heritage site, Mogao Caves, China, in September-October 2009 and requests that the following elements be submitted to the Committee for examination at its 34th session in 2010:

a) A report on the workshop,

b) The subsequent recommendations of the workshop regarding the adoption of best practices policy guidance, and concerning the changes proposed for the Operational Guidelines for the implementation of the World Heritage Convention,

c) A document concerning the progress of the World Heritage Programme on Tourism;