On 30 November 2017, a state of conservation report was submitted by the four States Parties, which is available at http://whc.unesco.org/en/list/1504/documents/, to respond to the Committee’s decision on concerns raised at its 40th session (Istanbul/UNESCO, 2016), at the time of the inscription of this transnational serial property. The States Parties’ response has largely focused on establishing coordination mechanisms and shared capacity building activities, as follows:

The Statement of Outstanding Universal Value (OUV) was coordinated between the four States Parties, and adopted by the World Heritage Committee at its 41st session (Krakow, 2017) (Decision 41 COM 8B.49).

The ICC has been established, and regular meetings have taken place since the property was inscribed. Meetings have focused on the functions of the coordination mechanism, including communications and promotion of the property.

The report noted that the approaches towards improving the consistency of mapping and cataloguing of elements found within the 28 components differ between the four States Parties. Documentation is reported to be well-advanced for the components located in Serbia and Croatia, but is still in the planning and financing stages for Montenegro and Bosnia and Herzegovina. There is a need to ensure the consistency of the methods being employed across the four States Parties.

The report states that regular monitoring is occurring and that no new issues that could impact the OUV of the property are identified. However, there has been modest progress in relation to the elaboration of monitoring indicators related to sustainable development and tourism. The components of the serial property vary in terms of their current visitor levels, and many are in remote locations. Nevertheless, it is of some concern that the development of monitoring indicators is apparently occurring without a coordinated process between the four States Parties and that it is considered unnecessary to develop indicators associated with visitor pressure for the components located in Croatia on the basis of low current visitor levels. It is recommended that the Committee recall the need to develop these indicators due to the proximity of these sites to well-developed tourism areas in Croatia and the possibility of increased future visitor pressure.

As a number of the measures described by the States Parties in response to the Committee’s Decision at the time of inscription, are still in the process of elaboration, the States Parties are strongly encouraged to continue with the actions focused on their completion and implementation as soon as possible, and to keep the World Heritage Centre and the Advisory Bodies informed of their progress. 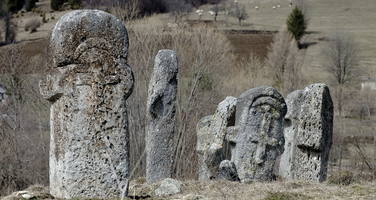