On 21 January 2015, the State Party submitted a report on the state of conservation of the property, which is available at https://whc.unesco.org/en/list/1193/documents.  The report provides the following information in relation to issues previously noted by the Committee:

The State Party’s efforts to maintain a healthy population of Steller’s Sea Lion are noted. Surveys of the wintering population of Steller’s Sea Lion on the east coast of Shiretoko Peninsula from 2006 to 2014, as provided in the State Party report, indicate an overall population growth. However, the level of fluctuation is such that it is difficult to conclude whether or not a positive trend is currently being maintained, and a declining trend since the 2010/2011 season appears plausible. It is therefore recommended that the Committee urge the State Party to ensure that catch quotas are regularly reviewed and adjusted to maintain a stable to growing population of sea lions in the property, and in the wider seascape.

Noting that some positive impacts from the modifications of river structures are reported and consultation with local authority and communities are ongoing, there remains concern that the presence of check dams on the Rusha river, which is the most important salmon river system in the property, is having a negative impact on salmonid migration and spawning. These concerns are confirmed by the State Party in its report.

It is noted that the salmon and trout hatchery at the mouth of the Rusha river was completely removed in 2012, and that the road and bridge leading to the hatchery are not used by the public. Consequently, the role of the three check dams in disaster risk reduction is limited to the protection of a source of livelihood rather than human life. The benefits thus provided by these dams are outweighed by the impacts they are having on the Outstanding Universal Value (OUV) of the property.

The interaction between marine and terrestrial ecosystems is an integral part of the OUV of the property, and a natural migratory and spawning behavior of salmonids is considered a vital part of that interaction. Therefore, it is recommended that the Committee raise concern about the lack of progress in the implementation of further modifications to the three dams on the Rusha river, and request the State Party to continue further modifications to these dams, including consideration of :
Given the need for detailed technical discussion, it is recommended that the Committee urge the State Party and the IUCN SSC Salmonid Specialist Group to seek a consensus based on best available science regarding the most appropriate and practicable solution. The State Party may wish to consider inviting an IUCN Advisory mission to that end. 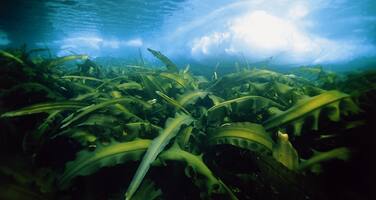