The State Party provided a detailed report on the site, as requested by the 25th session of the Bureau. IUCN also received an informal report from the State Party.  It is reported that: The National Park Service (NPS) acknowledges there is an air pollution problem at Great Smoky Mountains National Park (GSM), including ozone, particulate matter/haze and acid deposition from nitrogen and sulfur emissions and has invested significant resources to monitoring air pollution for over 20 years at the site.  It has also identified research questions and has a substantial effort underway to address them;  There were no baselines for air quality at the time of inscription, and current national ambient air quality standards are based on human health, not ecosystem health, hence there is difficulty in identifying acceptable and unacceptable levels for full ecosystem recovery.  Commonly accepted and applied international standards for endangerment of natural and cultural sites by air pollution are lacking.  There is no international consensus on which pollutants should be measured, how to measure their effects, and how to interpret the results.  Any effort to do so, needs to be conducted for between 6 and 10 years in order to yield reliable scientific data.

Amongst the measures taken to address air pollution at GSM, the State Party report notes that under the Clean Air Act, the NPS is invited to comment on state air quality permit applications for proposed new facilities expected to emit over 100 tons per year of certain air pollutants.  Since 1980, the NPS has sent comments to the Tennessee Air Pollution Control Board on over 30 permit applications.  The GSM comments recommended that increases in pollution permitted be offset by reductions in pollutant output elsewhere, and that the best available control technology be used to minimise the amount of new pollution.  The report notes that in most cases, the permits were granted without fulfilling the NPS recommendations.  However, since 1998, the Department of the Interior, along with the States of Tennessee and North Carolina agreed to a successful Permitting Procedures Agreement that outlines specific steps for each party to take in the permitting process.

The report also notes that a multi-pollutant reduction strategy is currently being negotiated by Congress, the Administration and the State of North Carolina which would require certain older power plants and industrial boilers to install modern pollution control technology or otherwise comply with more stringent emission limits.  The Tennessee Valley Authority announced in late 2001 that it would voluntarily install sulphur dioxide (SO2) scrubbers on three of the power plant units closest to the Park, which is predicted to reduce SO2 emissions from those sources by over 90%. The TVA is also still  committed in reducing nitrogen oxides by approximately 70% over the next 2-4 years from many of their coal-fired power plants.

A voluntary, multi-state initiative, the Southern Appalachian Mountains Initiative (SAMI), aims to remedy existing and prevent future adverse effects of air pollution on the Southern Appalachians.  It presented recommendations, at the Governor’s Summit on Mountain Air Quality in spring 2002 which stated that all 8 southeastern states that make up SAMI support a multi-pollutant strategy, no less stringent than the current Administration's Clear Skies Initative (multi-pollutant strategy) focusing primarily on year-round sulfur dioxide and nitrogen oxides controls.

Furthermore, on this issue, The Washington Post of 27 March 2002 reported that a federal appeals court had upheld the most stringent air pollution control standards in the nation’s history, clearing the way for guidelines on ozone levels and particle emissions issued by the EPA in 1997, in addition to the Clean Air Act to be finally implemented.  The guidelines set stringent standards based on human health.  The next step for the EPA is to designate the places that do not meet the new standards, and then begin requiring States to submit plans detailing how they will comply.

1. Commends the efforts of the site management and the National Park Service to address air-quality problems;

2. Expresses the hope that the implementation of the Environment Protection Agency (EPA) standards will have a significant positive effect on air quality at the site;

3. Requests the State Party to keep the Committee informed of actions taken at Federal and State levels to address the air-pollution problems affecting the site.

“The Committee commends the efforts of the site management and the National Park Service to address air quality problems; it expresses the hope that the implementation of the EPA national ambient air quality standards will have a significant positive effect on air quality at the site, and request the State Party to keep the Committee informed of actions taken at Federal and State levels to address the air pollution problems affecting the site.” 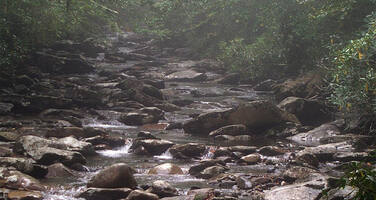