Report of impact of tsunami on Galápagos wildlife 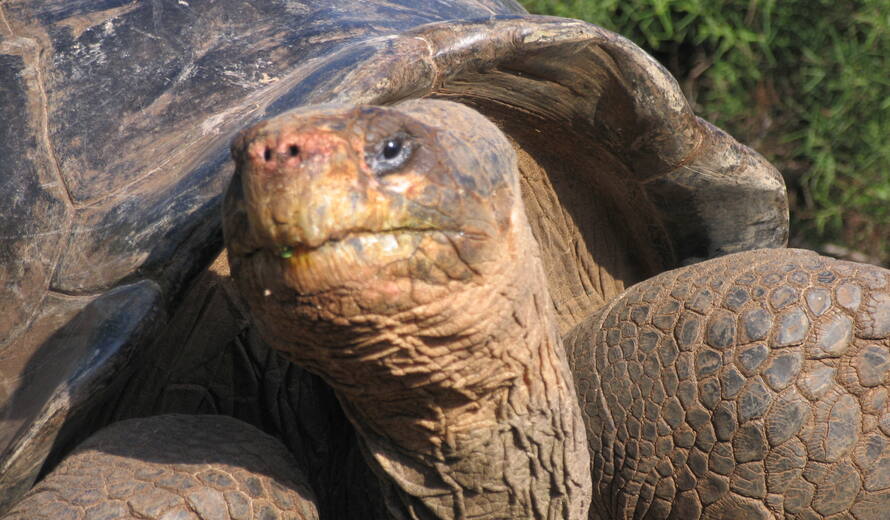 Eighteen hours after the March 11 tsunami wreaked devastation in Japan, it hit the Galápagos Islands.  Luckily, by then the energy of the waves had dissipated somewhat, and the people there had received advanced warning and took to higher ground. The waves hit later in the afternoon, local time, and caused significant damage only to some buildings located near the water's edge. The Charles Darwin Research Station's (CDRS) marine biology lab and its equipment were largely destroyed. The lab is critical in carrying out the marine monitoring work that feeds into the Galápagos National Park's management work.

Soon after the disaster, the CDRS applied to the Rapid Response Facility to help it re-establish its marine monitoring capability, and also to carry out a rapid assessment of the impacts of the tsunami on Galápagos wildlife, which contribute a great deal to this site's Outstanding Universal Value as recognized under the World Heritage Convention.

Their preliminary report has just been received.  It indicates that impacts varied significantly between areas.  It notes that the height and penetration of the wave at the coast was very specific to different localities within and between islands, with varying impacts upon the flora and fauna.  Several beach areas were extensively reconfigured, while others showed large scale sediment shifts offshore, probably limited by upper littoral vegetation roots (including those of mangroves) stabilizing the sediment.

Important flightless cormorant nesting sites on Fernandina island, the most undisturbed large island in Galápagos, showed evidence of the destruction of existing nests, but the scientists also noted that adults had largely survived and had recommenced nesting and egg laying. Occasional mortalities were evident (sea turtles and marine iguanas) at the upper limits of the wave. Other sites, such a small but critically important mangrove area (home to the very rare nesting mangrove finches) were apparently not negatively affected.  Marine turtle and iguana nesting was affected depending upon wave height, beach profile and nesting behavior.

The CDRS reports that it was currently following up lines of investigation to examine the dynamic of the wave as it propagated throughout the archipelago with their associates in the Ecuadorian Navy compiling information for Park and Disaster mitigation planning agencies.