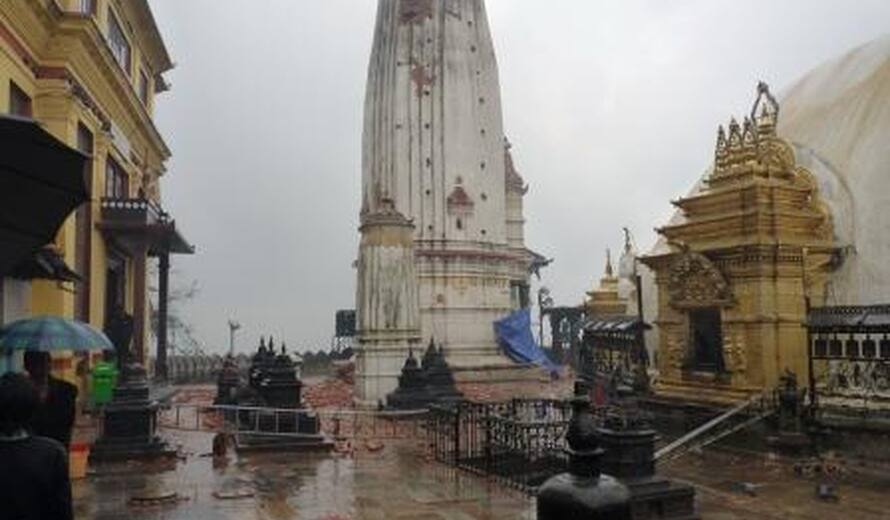 Pratapur Temple in the Swayambhu Monument Zone of the Kathmandu Valley World Heritage site, Nepal suffered damage from a lightning strike at around 5 a.m. on 14 February, during a sudden thunderstorm.

A team of engineers from the Department of Archaeology of Nepal inspected the temple the following day, and the preliminary report will be available shortly thereafter. Experts from the UNESCO Kathmandu office and the Nepalese Department of Archaeology, as well as other national authorities also paid a joint visit to Swayambhu to inspect the site. According to the UNESCO Kathmandu office, the temple appears to be quite heavily damaged, probably by two different lightning strikes. The main damage appears to be on the north and south sides, while there are cracks to the temple's east side. The stairway to the south side entrance to the temple is heavily damaged, with at least one sculpture dislocated. At this point of time, it is unclear whether the wooden structure has been affected.

The World Heritage Centre is currently assisting the State Party of Nepal to apply for an International Assistance Request under the World Heritage Fund to support the immediate work and emergency conservation actions to be undertaken.