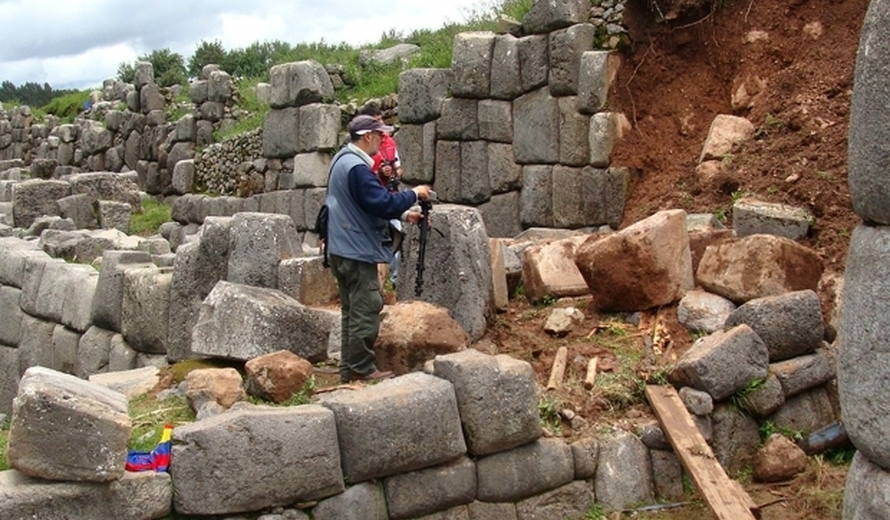 Torrential rains which have occurred in Peru over the last five days have caused the death of a tourist and a tour guide, and have impacted two World Heritage properties, City of Cuzco, and The Historic Sanctuary of Machu Picchu, both inscribed on the World Heritage List in 1983.

Peruvian regional and national authorities have declared a state of emergency following massive landslides and flooding in the departments of Cuzco, Apurimac, Puno, Huancavelica and Junín, and indicate that current weather conditions may continue during the week.

On 25 January, 2,000 tourists near The Historic Sanctuary of Machu Picchu were stranded and unable to return to the City of Cuzco due to landslides that blocked the railway between Aguas Calientes and Ollantaytambo. As of Wednesday, one-third of these visitors had been rescued by helicopter, and the Peruvian Government was optimistic that many more tourists would be rescued in the following hours.

In the Historic Sanctuary of Machu Picchu, the Citadel has not been impacted by the heavy rainfall, yet the area represents a small percentage of the total protected area of the property.

Five days of heavy rains in the Cuzco region have destroyed bridges, 250 houses and hundreds of hectares of crops, as well as causing widespread flooding of the Vilcanota and Huatanay rivers.

The recent torrential rain has stressed the urgent need to implement action to protect the areas from such damage.

The World Heritage Committee, at its 33rd session in Sevilla in June 2009, put forward several recommendations concerning the future conservation of The Historic Sanctuary of Machu Picchu, including the implementation of a risk management plan, public use plan, urban planning, transportation systems, controlled visitor access points, and measures to reduce the risk of landslides.

The Director of the UNESCO World Heritage Centre, Mr Francesco Bandarin, has issued official communication to the Ambassador of Peru to France, H. E. Mr Harry Belevan McBride, and to the management unit of the Historic Sanctuary of Machu Picchu to express his condolences and offer the support of the World Heritage Committee and the World Heritage Centre. Mr Bandarin has further extended his support to the Peruvian Government, in order to work together in identifying future preventative actions in accordance with the recommendations of the World Heritage Committee. A videoconference among these parties to discuss action to be taken is scheduled between UNESCO Headquarters, Paris, and the UN Headquarters in Lima on 29 January.