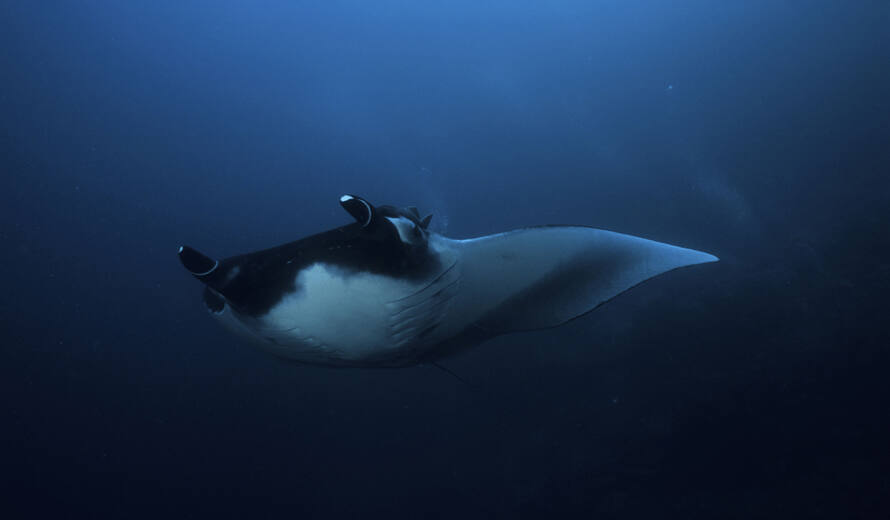 Below are the sites added to the World Heritage List Wednesday:

Sichuan Giant Panda Sanctuaries (China), home to more than 30% of the world's highly endangered pandas, covers 924,500 ha with seven nature reserves and nine scenic parks in the Qionglai and Jiajin Mountains. The sanctuaries constitute the largest remaining contiguous habitat of the giant panda, a relict from the paleo-tropic forests of the Tertiary Era. It is also the species' most important site for captive breeding. The sanctuaries are home to other globally endangered animals such as the red panda, the snow leopard and clouded leopard. They are among the botanically richest sites of any region in the world, outside the tropical rain forests, with between 5,000 and 6,000 species of flora in over 1,000 genera.

Malpelo Fauna and Flora Sanctuary (Colombia). Located some 506 km off the coast of Colombia, the site includes Malpelo island (350 ha) and the surrounding marine environment (857,150 ha). This vast marine park, the largest no-fishing zone in the Eastern Tropical Pacific, provides a critical habitat for internationally threatened marine species, and is a major source of nutrients resulting in large aggregations of marine biodiversity. It is in particular a ‘reservoir' for sharks, giant grouper and billfish and is one of the few places in the world where sightings of the short-nosed ragged-toothed shark, a deepwater shark, have been confirmed. Widely recognized as one of the top diving sites in the world, due to the presence of steep walls and caves of outstanding natural beauty, these deep waters support important populations of large predators and pelagic species (e.g. aggregations of over 200 hammerhead sharks and over 1,000 silky sharks, whale sharks and tuna have been recorded) in an undisturbed environment where they maintain natural behavioural patterns.

Harar Jugol (Ethiopia). The fortified historic town of Harar is located in the eastern part of the country on a plateau with deep gorges surrounded by deserts and savannah. The walls surrounding this sacred Muslim city were built between the 13th and 16th centuries. Harar Jugol, said to be the fourth holiest city of Islam, numbers 82 mosques, three of which date from the 10th century, and 102 shrines. The most common houses in Harar Jugol are traditional townhouses consisting of three rooms on the ground floor and service areas in the courtyard. Another type of house, called the Indian House, built by Indian merchants who came to Harar after 1887, is a simple rectangular two-storied building with a veranda overlooking either street or courtyard. A third type of building was born of the combination of elements from the other two. The Harari people are known for the quality of their handicrafts, including weaving, basket making and book-binding, but the houses with their exceptional interior design constitute the most spectacular part of Harar's cultural heritage This architectural form is typical, specific and original, different from the domestic layout usually known in Muslim countries. It is also unique in Ethiopia. Harar was established in its present urban form in the 16th century as an Islamic town characterized by a maze of narrow alleyways and forbidding facades. From 1520 to 1568 it was the capital of the Harari Kingdom. From the late 16th century to the 19th century, Harar was noted as a centre of trade and Islamic learning. In the 17th century it became an independent emirate. It was then occupied by Egypt for ten years and became part of Ethiopia in 1887. The impact of African and Islamic traditions on the development of the town's specific building types and urban layout make for the particular character and even uniqueness of Harar.

Stone Circles of Senegambia (Gambia and Senegal) consisting of four large groups of stone circles that represent an extraordinary concentration of over 1,000 monuments in a band 100 km wide along some 350 km of the River Gambia. The four groups, Sine Ngayène, Wanar, Wassu and Kerbatch cover 93 stone circles and numerous tumuli, burial mounds, some of which have been excavated to reveal material that suggest dates between 3rd century BC and 16th century AD. Together the stone circles of laterite pillars and their associated burial mounds present a vast sacred landscape created over more than 1,500 years. It reflects a prosperous, highly organized and lasting society. The stones were quarried with iron tools and skillfully shaped into almost identical cylindrical or polygonal seven-ton pillars, on average about two metres high. Each circle contains between 8 and 14 pillars and is 4 to 6 metres across. All are located near the burial mounds. This outstanding site is representative of a much wider megalithic zone in the region, which in terms of size, consistency, and complexity appears to be unrivalled anywhere in the world. The finely worked individual stones display precise and skillful working practices and contribute to the imposing order and grandeur of the overall complexes.

Chongoni Rock Art Area (Malawi). Situated within a cluster of forested granite hills and covering an area of 126.4 km2, high up the plateau of central Malawi, the area features the richest concentration of rock art in Central Africa on 127 sites. They reflect the comparatively scarce tradition of farmer rock art, as well as paintings by BaTwa hunter-gatherers who inhabited the area from the Late Stone Age. The Chewa agriculturalists, whose ancestors lived in the area from the late Iron Age, practised rock painting until well into the 20th century. The symbols in the rock art, which are strongly associated with women, still have cultural relevance amongst the Chewa, and the sites are actively associated with ceremonies and rituals.

Aapravasi Ghat (Mauritius). In the district of Port Louis, is the 1,640 m2 site where the modern indentured labour diaspora began. In 1834, the British Government selected the island of Mauritius to be the first site for what it called "the great experiment" in the use of "free" labour to replace slaves. Between 1834 and 1920, almost half a million indentured labourers arrived from India at Aapravasi Ghat to work in the sugar plantations of Mauritius, or to be transferred to Reunion Island, Australia, southern and eastern Africa or the Caribbean. The buildings of Aapravasi Ghat are among the earliest explicit manifestations of what was to become a global economic system and one of the greatest migrations in history.

Agave Landscape and Ancient Industrial Facilities of Tequila (Mexico). A 34,658 ha site, between the foothills of the Tequila Volcano and the deep valley of the Rio Grande River, is part of an expansive landscape of blue agave, shaped by the culture of the plant which has been used since the 16th century to produce tequila spirit and over at least 2,000 years to make fermented drinks and cloth. Within the landscape are working distilleries reflecting the growth in the international consumption of tequila in the 19th and 20th centuries. Today, the agave culture is seen as part of national identity. The area encloses a living, working landscape of blue agave fields and the urban settlements of Tequila, Arenal, and Amatitan with large distilleries where the agave ‘pineapple' is fermented and distilled. The listed property includes fields, distilleries and factories (both active and not), tabernas (distilleries that were illegal under Spanish rule), towns and Teuchitlan archaeological sites. The property numbers numerous haciendas, or estates, some of which date back to the 18th century. The architecture of both factories and haciendas is characterized by brick and adobe construction, plastered walls with ochre lime-wash, stone arches, quoins and window dressings, and formal, neo-classical or baroque ornamentation. It reflects both the fusion of pre-Hispanic traditions of fermenting mescal juice with the European distillation processes and of local technologies and those imported from Europe and the U.S.A. The property also covers archaeological sites which bear testimony to the Teuchitlan culture which shaped the Tequila area from 200 to 900 A.D., notably through the creation of terraces for agriculture, housing, temples, ceremonial mounds and ball courts.

Kondoa Rock Art Sites (United Republic of Tanzania). On the eastern slopes of the Masai escarpment bordering the Great Rift Valley are natural rock shelters, overhanging slabs of sedimentary rocks fragmented by rift faults, whose vertical planes have been used for rock paintings over at least two millennia. The spectacular collection of images from over 150 shelters over 2,336 km2, many with high artistic value, displays sequences that provide a unique testimony to the changing socio-economic base of the area from hunter-gatherer to agro-pastoralist societies, and the beliefs and ideas associated with them. Some of the shelters are still considered to have ritual associations with the people who live nearby reflecting their beliefs, rituals and cosmological traditions.

New site added as an extension to existing site:

The Kvarken Archipelago, in the Gulf of Bothnia off the coast of Finland, was added as an extension to the World Heritage site of the High Coast of Sweden (inscribed in 2000) more than doubling its size. The new transboundary property is to be known as the Kvarken Archipelago / High Coast  (Sweden and Finland). The Kvarken Archipelago numbers 5,600 islands and islets and covers a total of 194,400 ha (15% land and 85% sea). It features unusual ridged washboard moraines, "De Greer moraines", formed by the melting of the continental ice sheet, 10,000 to 24,000 years ago. The Archipelago is continuously rising from the sea in a process of rapid glacio-isostatic uplift, whereby the land, previously weighed down under the weight of a glacier, lifts at rates that are among the highest in the world. As a consequence of the advancing shoreline, islands appear and unite, peninsulas expand, lakes evolve from bays and develop into marshes and peat fens. This property is essentially a "type area" for research on isostacy; the phenomenon having been first recognized and studied here.

Site removed from the List of World Heritage in Danger on Wednesday:

The World Heritage Committee decided to remove the Algerian site of Tipasa from the List of World Heritage in Danger, to which it was added in 2002, recognizing the commitment of Algeria to solve outstanding problems by the 31st session of the World Heritage Committee in June 2007. The problems endangering the archaeological site with its unique group of Phoenician, Roman, palaeochristian and Byzantine ruins alongside indigenous remains include: urbanization near the site, the absence of a buffer zone for the property, and inadequate legal protection and management plan.