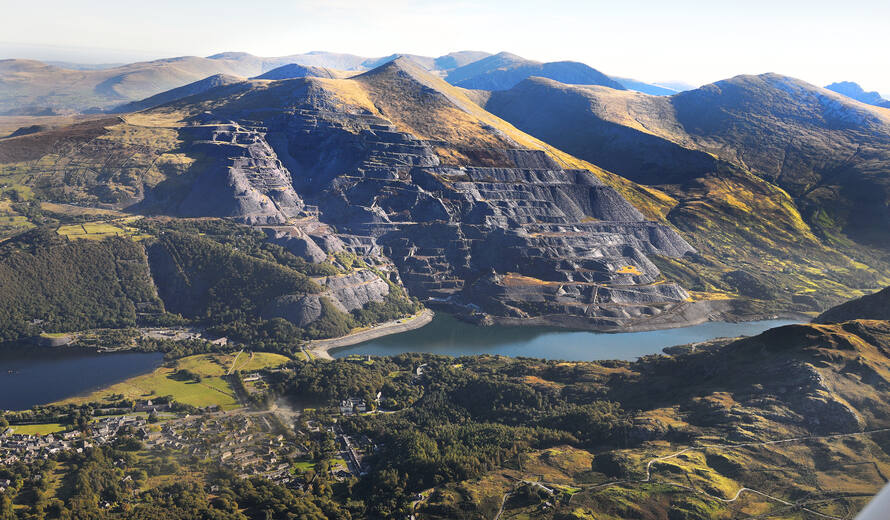 The new cultural sites are located in Italy, Slovenia, the Russian Federation and the United Kingdom.  The natural site inscribed today is Ivindo National Park in Gabon. The World Heritage Committee also approved an extension to the existing World Heritage site of Ancient and Primeval Beech Forests of the Carpathians and Other Regions of Europe.

These additions were made during the extended 44th session of the World Heritage Committee held online and chaired from Fuzhou (China), which is examining nominations from both 2020 and 2021.

Italy, The Porticoes of Bologna
The serial property comprises twelve component parts consisting of ensembles of porticoes and their surrounding built areas, located within the Municipality of Bologna from the 12th century to the present. These portico ensembles are considered to be the most representative among city’s porticoes, which cover a total stretch of 62 km. Some of the porticoes are built of wood, others of stone or brick, as well as reinforced concrete, covering roads, squares, paths and walkways, either on one or both sides of a street. The property includes porticoed buildings that do not form a structural continuum with other buildings and therefore are not part of a comprehensive covered walkway or passage. The porticoes are appreciated as sheltered walkways and prime locations for merchant activities. In the 20th century, the use of concrete allowed the replacement of the traditional vaulted arcades with new building possibilities and a new architectural language for the porticoes emerged, as exemplified in the Barca district. Together, the selected porticoes reflect different typologies, urban and social functions and chronological phases. Defined as private property for public use, the porticoes have become an expression and element of Bologna’s urban identity.

Slovenia, The works of Jože Plečnik in Ljubljana – Human Centred Urban Design
The work Jože Plečnik carried in Ljubljana between World War I and World War II present an example of a human centred urban design that successively changed the identity of the city following the dissolution of the Austro-Hungarian Empire, when it changed from a provincial city into the symbolic capital of the people of Slovenia. The architect Jože Plečnik contributed to this transformation with his personal, profoundly human vision for the city, based on an architectural dialogue with the older city while serving the needs of emerging modern 20th century society. The property consists of a series of public spaces (squares, parks, streets, promenades, bridges) and public institutions (national library, churches, markets, funerary complex) that were sensitively integrated into the pre-existing urban, natural and cultural context and contributed to the city’s new identity. This highly contextual and human-scale urbanistic approach, as well as Plečnik’s distinctive architectural idiom, stand apart from the other predominant modernist principles of his time. It is an exceptional case of creating public spaces, buildings and green areas according to the vision of a single architect within a limited time, the limited space of an existing city, and with relatively limited resources.

United Kingdom of Great Britain and Northern Ireland, The Slate Landscape of Northwest Wales
The Slate Landscape of Northwest Wales illustrates the transformation that industrial slate quarrying and mining brought about in the traditional rural environment of the mountains and valleys of the Snowdon massif. The territory, extending from mountain-top to sea-coast, presented opportunities and constraints that were used and challenged by the large-scale industrial processes undertaken by landowners and capital investors, which reshaped the agricultural landscape into an industrial centre for slate production during the Industrial Revolution (1780-1914). The serial property comprises six components each encompassing relict quarries and mines, archaeological sites related to slate industrial processing, historical settlements, both living and relict, historic gardens and grand country houses, ports, harbours and quays, and railway and road systems illustrating the functional and social linkages of the relict slate industrial landscape. The property was internationally significant not only for the export of slates, but also for the export of technology and skilled workers from the 1780s to the early 20th century. It played a leading role in the field and constituted a model for other slate quarries in different parts of the world. It offers an important and remarkable example of interchange of materials, technology and human values.

Russian Federation, Petroglyphs of Lake Onega and the White Sea
The site contains 4,500 petroglyphs carved in the rocks during the Neolithic period dated 6 to 7 thousand years ago and located in the Republic of Karelia in the Russian Federation. It is one of the largest such sites in Europe with petroglyphs that document Neolithic culture in Fennoscandia. The serial property encompasses 33 sites in two component parts 300km apart: 22 petroglyph sites at Lake Onega in the District of Pudozhsky featuring a total of over 1,200 figures and 3,411 figures in 11 sites by the White Sea in the District of Belomorsky. The rock art figures at Lake Onega mostly represents birds, animals, half human and half animal figures as well as geometric shapes that may be symbols of the moon and the sun. The petroglyphs of the White Sea are mostly composed of carvings depicting hunting and sailing scenes including their related equipment as well as animal and human footprints. They show significant artistic qualities and testify to the creativity of the Stone Age. The petroglyphs are associated with sites including settlements and burial grounds.

Gabon, Ivindo National Park
Situated on the equator in northern Gabon the largely pristine site encompasses an area of almost 300,000 ha crossed by a network of picturesque blackwater rivers. It features rapids and waterfalls bordered by intact rainforest, which make for a landscape of great aesthetic value. The site’s aquatic habitats harbour endemic freshwater fish species, 13 of which are threatened, and at least seven species of Podostemaceae riverweeds, with probable micro-endemic aquatic flora at each waterfall. Many fish species in the property are yet to be described and parts of the site have hardly been investigated. Critically Endangered Slender-snouted Crocodiles (Mecistops cataphractus) find shelter in Ivindo National Park which also boasts biogeographically unique Caesalpinioideae old-growth forests of high conservation value, supporting, for instance, a very high diversity of butterflies alongside threatened flagship mammals and avian fauna such as the Critically Endangered Forest Elephant (Loxodonta cyclotis), Western Lowland Gorilla (Gorilla gorilla), the Endangered Chimpanzee (Pan troglodytes) and Grey Parrot (Psittacus erithacus) as well as the Vulnerable Grey-necked Rockfowl (Picathartes oreas), Mandrill (Mandrillus sphinx), Leopard (Panthera pardus), and African Golden Cat (Caracal aurata), and three species of Pangolin (Manidae spp.).