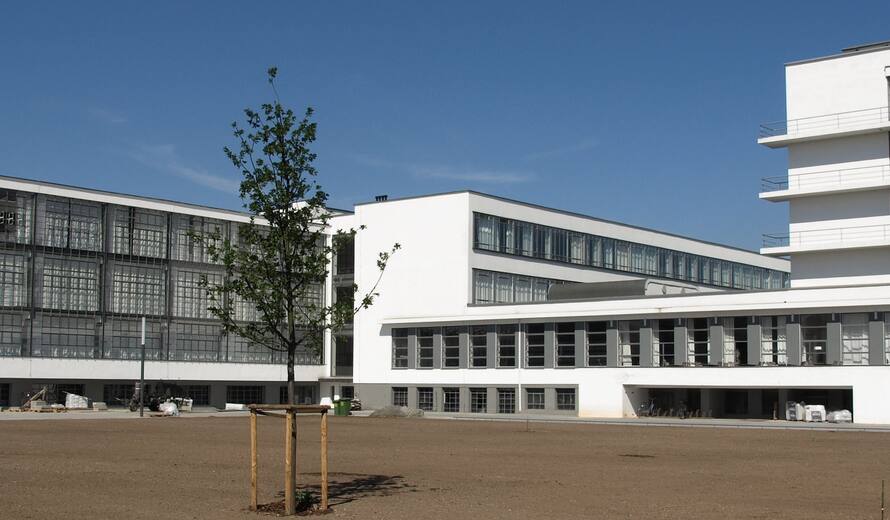 On 1 October 1919 in Weimar (Germany), a new kind of art school founded by architect Walter Gropius welcomed its first students, and Bauhaus was born. In 2019, we are celebrating the centenary of this school founded after the First World War.

A festival, two museums, exhibitions and even a television series dedicated to Walter Gropius will mark the anniversary of this Movement that revolutionized architectural and aesthetic thought and practice in the 20th century.

First in Weimar, then in Dessau (1925) and finally in Berlin (1932), the school has striven to bring the arts and industry closer together by creating housing and functional objects that are accessible to as many people as possible. ‘Let us want, design and create together the new construction of the future, which will embrace everything in one form: architecture, plastic art and painting...’ proclaims the Bauhaus in its Manifesto. Between 1919 and 1933, when it was closed by the Nazi authorities, the school attracted avant-garde artists from all over Europe, such as Johannes Itten, Wassily Kandinsky, Paul Klee, Oskar Schlemmer, László Moholy-Nagy and Marcel Breuer, who were at the origin of this modern movement whose influence spread throughout the world.

The Bauhaus site and its sites in Weimar, Dessau and Bernau were inscribed on the World Heritage List in 1996. Since 2017, it has also included the houses with access to balconies in Dessau and the ADGB Trade Union Confederation School in Bernau. The centenary of the Bauhaus offers an excellent opportunity to visit or revisit these fundamental works of European modern art.