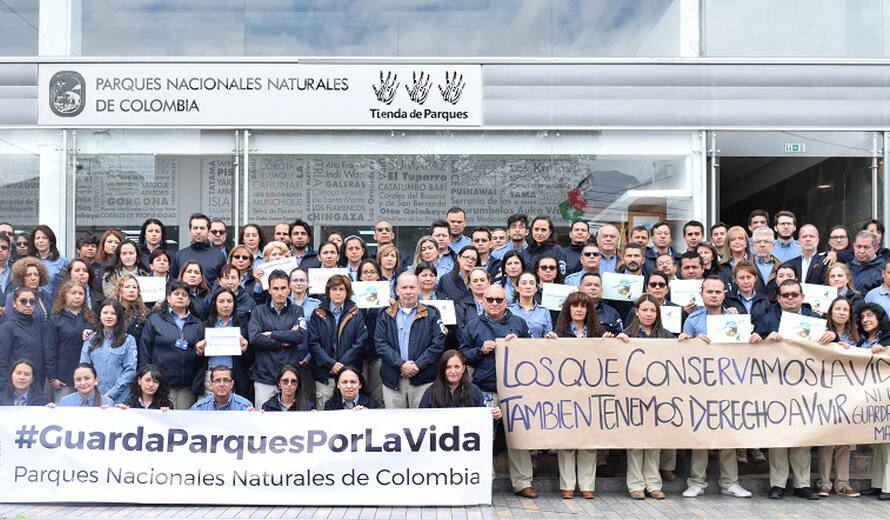 On behalf of the World Heritage Centre, Director Ms Mechtild Rössler expresses her solidarity with the efforts currently being undertaken by national authorities in Colombia to curb increasing security challenges in the country’s national parks, some of which are classified as natural World Heritage properties.

In the light of these increasing and dramatic pressures, Parques Nacionales Naturales of Colombia, under the leadership of its Director Ms Julia Miranda Londoño, has been actively implementing education and communication campaigns regarding the situation of insecurity in several national parks, including Los Katíos National Park and Chiribiquete National Park, inscribed on the World Heritage List in 1994 and 2018, respectively, and the Sierra Nevada de Santa Marta National Park, inscribed on the country’s Tentative List since 2012. Faced with increased threats and violence against park guards and staff, as well as illegal deforestation and settlements in these and other areas, Ms Rössler reiterates her support for the efforts of Parques Nacionales Naturales in raising awareness about these challenges that jeopardize the protection of Colombia’s natural heritage and the safety of those involved in their conservation.

Colombia is one among several countries in the Latin America and Caribbean region where threats to the protection of natural protected areas remains a challenging endeavor. The World Heritage Centre remains committed to supporting States Parties to the World Heritage Convention in their efforts to safeguard these natural sites that represent the most emblematic, biodiverse, and ecologically important areas for our planet and future generations.