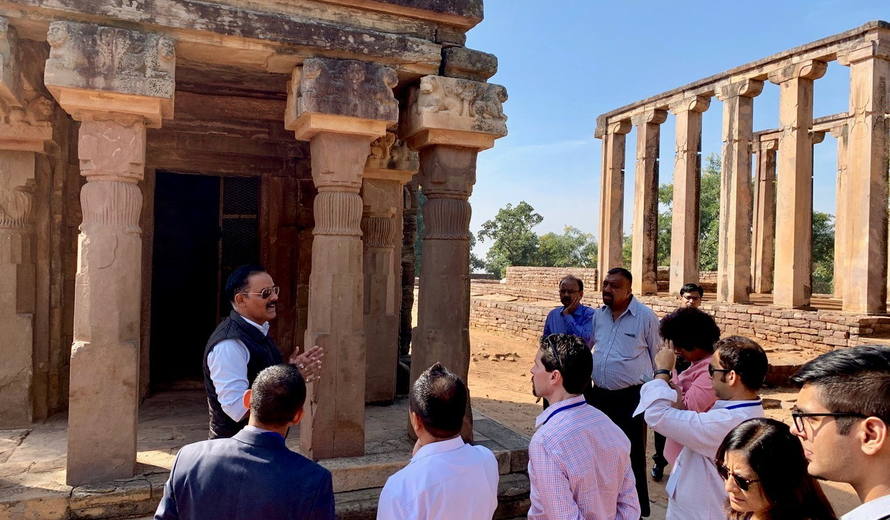 The UNESCO World Heritage Centre held a workshop on 26-27 November in Bhopal, India, with stakeholders of the new ‘World Heritage Journeys Buddha’ project.

With the support of the Korea International Cooperation Agency (KOICA) and in collaboration with National Geographic, the project focuses on three World Heritage sites in South Asia including Lumbini, the Birthplace of the Lord Buddha (Nepal), Buddhist Monuments at Sanchi (India), and Ruins of the Buddhist Vihara at Paharpur (Bangladesh). The goal is to create an online platform to encourage sustainable tourism and a deeper understanding and appreciation of the three sites.

The workshop brought together tourism and heritage representatives from the three countries to discuss marketing and promotion strategies for the World Heritage Journeys: Buddha platform and for their respective sites. A beta version of the web platform provided the delegates with a presentation of the online content and features of the website. Workshop participants also undertook a site visit to Sanchi, the stupa built by Emperor Ashoka in the 3rd century BCE. It is one of the best-preserved monuments from the era and has detailed artworks carved into rocks, telling the story of the early years of Buddhism.

There was also an opportunity to visit another World Heritage site near Bhopal, the Bhimbetka rock shelters. Hundreds of paintings on the rock faces at Bhimbetka depict the lives of early humans, including scenes of hunting, warfare, and domestic duties. Some of the paintings are more than 10,000 years old, while others are as recent as the medieval period.

Organized with the support from the Tourism Department of Madhya Pradesh and in conjunction with the Buddhist Circuit initiative of the World Bank, the event in Bhopal was the second workshop of the project, after a successful gathering in Kathmandu, Nepal, in July. The next event takes place in early 2019 in Bangladesh.