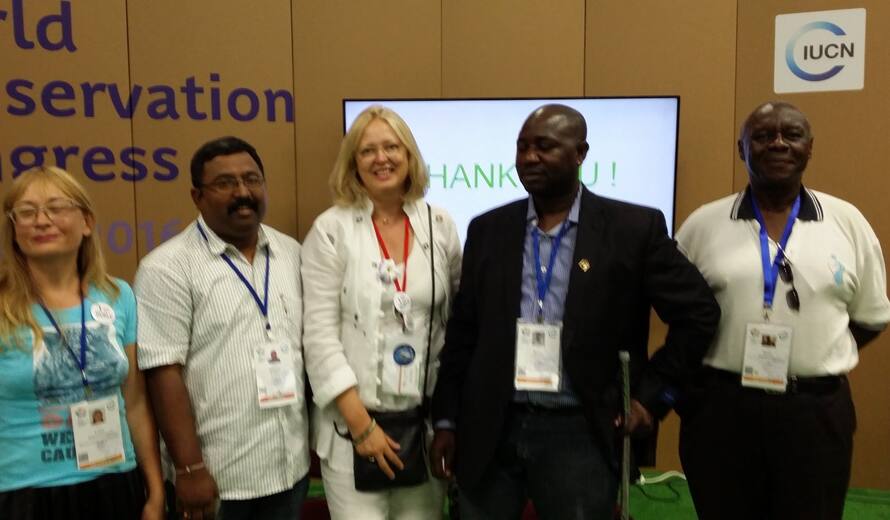 The winner of the Heritage Heroes award was announced on 4 September 2016 at the 2016 IUCN World Conservation Congress in Hawaii, USA.

The Heritage Heroes award aims to recognise the outstanding efforts of a few brave people, around the four corners of the world, who relentlessly invest efforts to make a difference in the way natural World Heritage sites are conserved, sometimes despite life-threatening situations.

The Heritage Heroes Awards also recognize Bantu Lukambo and Josué Kambasu Mukura jointly for their work in protecting Virunga National Park in DRC, as well as Yulia Naberezhnaya and Andrey Rudomakha for their joint actions in the Western Caucasus in Russia.

Supported by the MAVA Foundation and Star Alliance’s Biosphere Connection, the Heritage Heroes project was implemented by IUCN’s World Heritage Programme in collaboration with the IUCN World Commission on Protected Areas.