From 3 to 4 July 2015, almost 120 people that are involved in the management of the World Heritage site Lagoons of New Caledonia: Reef Diversity and Associated Ecosystems (France) met on the island of Ouvéa (Gossanah tribe) to share best practices.

Today, 13 management committees are set up across New Caledonia. They regularly exchange views, opinions and proposals with the authorities that are responsible for the decision-making. These local management committees are unique in their endeavor to include the local population in the management of the lagoons in a very comprehensive organizational structure. At the time of inscription, a detailed methodology was designed to ensure all stakeholders were involved from the beginning. The first step was to determine which level was most appropriate to create a management committee. In some cases a committee was started for five villages together, in other cases for just one village. In the second step, the four site managers met as many people as possible in order to identify the representatives of each cultural and socio-economic group, including the chief of local tribes, tourist operators, fishermen, politicians, … . Nathalie Baillon, Director Conservatoire Espaces Naturels said,

“It was very important to heavily invest in setting-up the management structure since it’s crucial that all stakeholders understand from the beginning what World Heritage is about. The lengthy consultory process also ensured we understood the expectations of all stakeholders and minimized the risk of frustration or confusion in a later stage. A good understanding of the objectives of who all is involved, and converging them to mutual goals takes time, but ensures success in the long term.”

Since 2011, the organization “Conservatory of Natural Areas” (Conservatoire d’Espaces Naturels – CEN)  has coordinated the management of the World Heritage site in cooperation with the managers and the committees. It was the second time since the inscription on the World Heritage List in 2008 that the CEN brought together all 13 management committees. This time, the workshop was held on the island of Ouvéa and participants were welcomed by members of the Gossanah tribe. The workshop focused on 8 major issues: coastal development, multiple use, marine invasive species, stakeholder participation, compliance management, water quality, tourism and marine pollution.

Practical workshops showed the local communities how they can set up projects to monitor coastal erosion, bird and dugong populations. Two people from Australia’s Great Barrier Reef that are intensively working together with local communities also attended the workshop to share views on how to involve all stakeholders in the management of a World Heritage site. They met the representatives from New Caledonia during the World Parks Congress (November 2014).

Scientists recently reported on the good health of the reefs of New Caledonia. There are several scientific monitoring projects ongoing, and the managers are working together with the scientific institute IFREMER, the university of New Caledonia, the Lagoon’s Aquarium, the IRD, the French Marine Protected Areas Agency and several other NGOs (the Caledonian Ornithological Society, Bwara Marine Turtles, …). Myriam Marcon, World Heritage Coordinator said,

“Although the World Heritage site is in a very good state, we always remain vigilant. Thanks to our good cooperation with local stakeholders, our “local antennas,” we learn about issues in a very early stage. For example, some areas have reported an increase in artisanal fishing and an increase in the use of certain zones (beach tourism, industry). These issues will now be looked in before they become a major problem.” 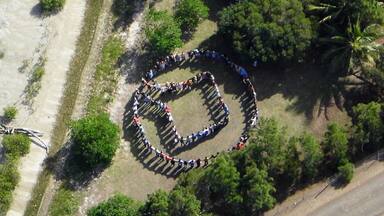 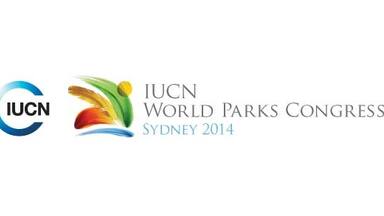