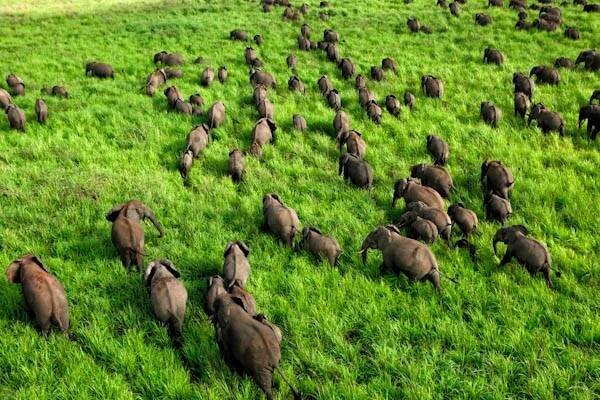 The Rapid Response Facility (RRF) has launched an emergency appeal for funds to tackle an upswing in poaching activity in Garamba National Park in Democratic Republic of the Congo (DRC), a World Heritage site inscribed on the World Heritage List in Danger.

The World Heritage Centre is concerned about the increase of poaching and attacks by armed groups in the National Park in recent months. The Congolese authorities condemn the slaughter of 78 elephants from April to July 2014, representing nearly 4% of the population of pachyderms.

Garamba National Park is located in the savannah of the Eastern Province, in north-eastern Democratic Republic of Congo. Its location makes it vulnerable because of the instability of the region. Despite ongoing efforts of the Congolese Nature Conservation Institute (ICCN) and African Parks Network (APN - the managing authority mandated by ICCN), and the increase of the anti-poaching patrols, the Park staff cannot handle these heavily armed groups. The assaults are extremely violent, with nine elephants shot from a helicopter and grenades regularly used against park officials, demonstrating that poachers are well-equipped professionals.

The Outstanding Universal Value of the property is still under threat due to poaching dramatically reducing the number of wild animals. The World Heritage Committee, at its 38th session held in June 2014, reiterated its concern about the alarming decline of the elephant population, estimated at 85% since the site’s inscription on the World Heritage List in 1980.

Take action now, before it is too late

The RRF provided USD$29,910 in July 2014 to develop a programme of emergency anti-poaching measures including collaboration with the regional military task force, better equipping rangers, increasing patrols, establishing new operating bases and improving movement of anti-poaching teams through the construction of new roads, bridges and airstrips. These funds will be used to procure essential equipment for anti-poaching teams, helping to diminish the threat and protect the park’s remarkable wildlife.

The RRF team has been working with local partners, ICCN and APN to tackle this worrying situation and support ranger teams through emergency grants, but more funding is urgently needed.