On the occasion of the 38th Session of the World Heritage Committee (Doha, Qatar), the Chairperson of the World Heritage Committee, Her Excellency Sheikha Al Mayassa Bint Hamad Bin Khalifa Al Thani, joined the Director-General of UNESCO, Ms Irina Bokova, and the Chairperson of the African World Heritage Fund, Mr Sibusiso Xaba, at a roundtable discussion on 21 June 2014 featuring interventions from five African Ministers from Botswana, Ethiopia, Senegal, South Africa and South Sudan, as well as the Secretary of State from the Ministry of Culture of Angola.

This side event provided an opportunity to exchange views on the implementation of the World Heritage Convention in the Africa region. A small exhibition and short film on the African World Heritage Fund were presented along with an exhibition on UNESCO’s emergency actions for safeguarding Mali’s cultural heritage.

Approximately 150 participants from the 38th session of the World Heritage Committee attended the side event, including ambassadors, national directors of cultural and natural heritage and other experts from national delegations as well as the press.

The Director-General appealed to the Ministers to support UNESCO’s efforts to integrate culture into the post-2015 development agenda. Many of the participating ministers focused on the need to reconcile conservation and development needs.

In his closing remarks, the Chairperson of the African World Heritage Fund, Mr Sibusiso Xaba, called on all States Parties to contribute to the AWHF Endowment Fund to ensure the continuation of effective capacity-building activities across the continent in favour of the implementation of the Action Plan for World Heritage in the Africa region.

See the attached document for a summary of the discussions. 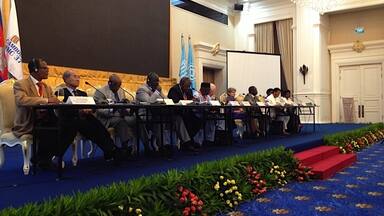 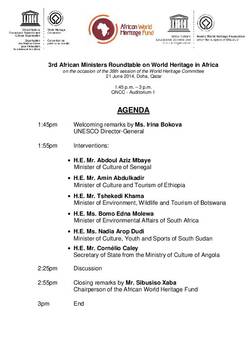 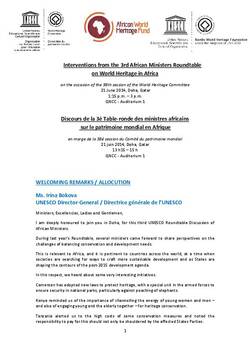 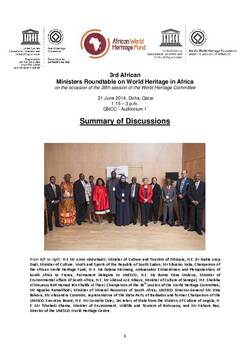 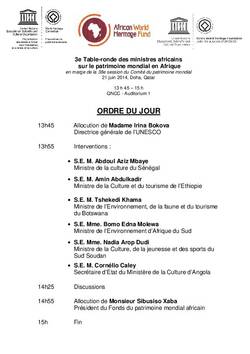 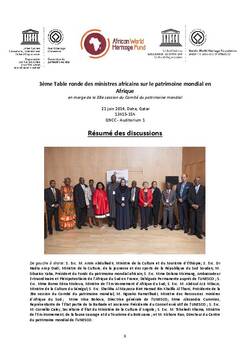