The List Bauhaus and its Sites in Weimar, Dessau and ...
Print

Between 1919 and 1933 the Bauhaus movement revolutionized architectural and aesthetic thinking and practice in the 20th century. The Bauhaus buildings in Weimar, Dessau and Bernau are fundamental representatives of Classical Modernism, directed towards a radical renewal of architecture and design. This property, which was inscribed on the World Heritage List in 1996, originally comprised buildings located in Weimar (Former Art School, the Applied Art School and the Haus Am Horn) and Dessau (Bauhaus Building, the group of seven Masters' Houses). The 2017 extension includes the Houses with Balcony Access in Dessau and the ADGB Trade Union School in Bernau as important contributions to the Bauhaus ideas of austere design, functionalism and social reform. 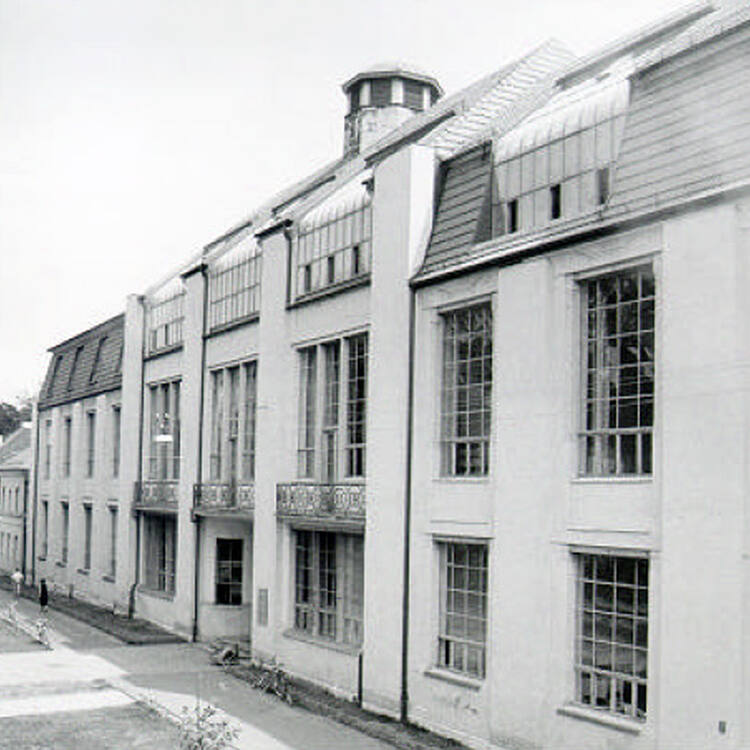 Bauhaus and its Sites in Weimar and Dessau © Nomination File

Between 1919 and 1933, the Bauhaus School, based first in Weimar and then in Dessau, revolutionized architectural and aesthetic concepts and practices. The buildings created and decorated by the School’s professors (Henry van de Velde, Walter Gropius, Hannes Meyer, Laszlo Moholy-Nagy and Wassily Kandinsky) launched the Modern Movement, which shaped much of the architecture of the 20th century and beyond. Component parts of the property are the Former Art School, the Applied Art School and the Haus am Horn in Weimar, the Bauhaus Building, the group of seven Masters’ Houses and the Houses with Balcony Access in Dessau, and the ADGB Trade Union School in Bernau. The Bauhaus represents the desire to develop a modern architecture using the new materials of the time (reinforced concrete, glass, steel) and construction methods (skeleton construction, glass facades). Based on the principle of function, the form of the buildings rejects the traditional, historical symbols of representation. In a severely abstract process, the architectural forms – both the subdivided building structure and the individual structural elements – are reduced to their primary, basic forms; they derive their expression, characteristic of Modernist architecture, from a composition of interconnecting cubes in suggestive spatial transparency.

The Bauhaus was a centre for new ideas and consequently attracted progressive architects and artists. The Bauhaus School has become the symbol of modern architecture, both for its educational theory and its buildings, throughout the world, and is inseparable from the name of Walter Gropius. Hannes Meyer, his successor as director of the Bauhaus, realized the idea of collective work on a building project within the framework of training in the Bauhaus’s building department. These buildings stand for an architectural quality that derives from the scientifically-based design methodology and the functional-economic design with social objectives. The Bauhaus itself and the other buildings designed by the masters of the Bauhaus are fundamental representatives of Classical Modernism and as such are essential components, which represent the 20th century. Their consistent artistic grandeur is a reminder of the still-uncompleted project for “modernity with a human face“, which sought to use the technical and intellectual resources at its disposal not in a destructive way but to create a living environment worthy of human aspirations.

For this reason, they are important monuments not only for art and culture, but also for the historic ideas of the 20th century. Even though the Bauhaus philosophy of social reform turned out to be little more than wishful thinking, its utopian ideal became reality through the form of its architecture. Its direct accessibility still has the power to fascinate and belongs to the people of all nations as their cultural heritage.

Criterion (ii): The Bauhaus buildings in Weimar, Dessau and Bernau are central works of European modern art, embodying an avant-garde conception directed towards a radical renewal of architecture and design in a unique and widely influential way. They testify to the cultural blossoming of Modernism, which began here, and has had an effect worldwide.

Criterion (iv): The Bauhaus itself and the other buildings designed by the masters of the Bauhaus are fundamental representatives of Classical Modernism and as such are essential components which represent the 20th century. The Houses with Balcony Access in Dessau and the ADGB Trade Union School are unique products of the Bauhaus’s goal of unity of practice and teaching.

Criterion (vi): The Bauhaus architectural school was the foundation of the Modern Movement which was to revolutionize artistic and architectural thinking and practice in the 20th century.

The Bauhaus and its Sites in Weimar, Dessau and Bernau includes all elements necessary to express the Outstanding Universal Value of the property, reflecting the development of Modernism, which was to have worldwide influence in the visual arts, applied art, architecture, and urban planning. The seven component parts are of adequate size to ensure protection of the features and processes which convey the significance of the property.

Although the three buildings in Weimar have undergone several alterations and partial reconstructions, their authenticity is attested (apart from the reconstructed murals in the two Schools). Similarly, despite the level of reconstruction, the Bauhaus Building in Dessau preserves its original appearance and atmosphere, largely thanks to the major restoration work carried out in 1976. As for the Masters’ Houses, the restoration work carried out was based on thorough research and may be considered as meeting the conditions of authenticity. The Houses with Balcony Access and the ADGB Trade Union School largely preserve their original state in terms of form, design, material and substance and thereby provide authentic evidence of the sole architectural legacies of the Bauhaus building department.

The two former Art Schools, the Applied Art School and the Haus am Horn in Weimar are protected by listing in the Register of Historical Monuments of the Free State of Thuringia as unique historical monuments under the provisions of the Thuringian Protection of Historic Monuments Act of 7 January 1992. The Bauhaus, the Masters’ Houses and the Houses with Balcony Access are listed in the equivalent Register of the State of Saxony-Anhalt (Protection of Historical Monuments Act of 21 October 1991). The ADGB Trade Union School is registered on the monuments list of the Federal State of Brandenburg and is therefore protected by its law for the protection and conservation of historical monuments of 22 July 1991.The Bauhaus Building and the Masters’ Houses are used by the Bauhaus Dessau Foundation, a public foundation. In Weimar, Dessau and Bernau the status of registered historic monuments guarantees that the requirements for monument protection will be taken into account in any regional development plans. There is also a buffer zone, reflecting a monument zone, for the protection of the World Heritage property.

Direct management is assigned to the appropriate State and municipal authorities, operating under their respective protection regulations. In Dessau, the site of the Bauhaus itself and the Masters’ Houses are managed by the Foundation Bauhaus Dessau (Stiftung Bauhaus Dessau). The respective monument protection acts of the Federal States ensure the conservation and maintenance of the objects and clarify areas and means of action. The largely identical aims, regulations and principles of these acts establish a uniform legislative basis for the management of the components at the different sites. A steering group with representatives of the owners and the authorities involved acts as a communication platform and coordinates overarching activities concerning compliance with the World Heritage Convention or the research into and the presentation of World Heritage. 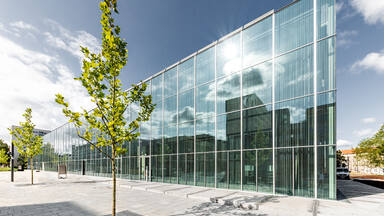 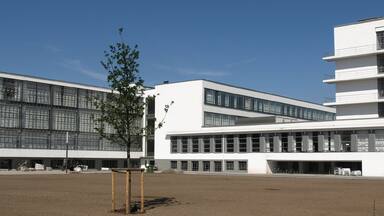