This site contains two of the most active volcanoes in the world, Mauna Loa (4,170 m high) and Kilauea (1,250 m high), both of which tower over the Pacific Ocean. Volcanic eruptions have created a constantly changing landscape, and the lava flows reveal surprising geological formations. Rare birds and endemic species can be found there, as well as forests of giant ferns. 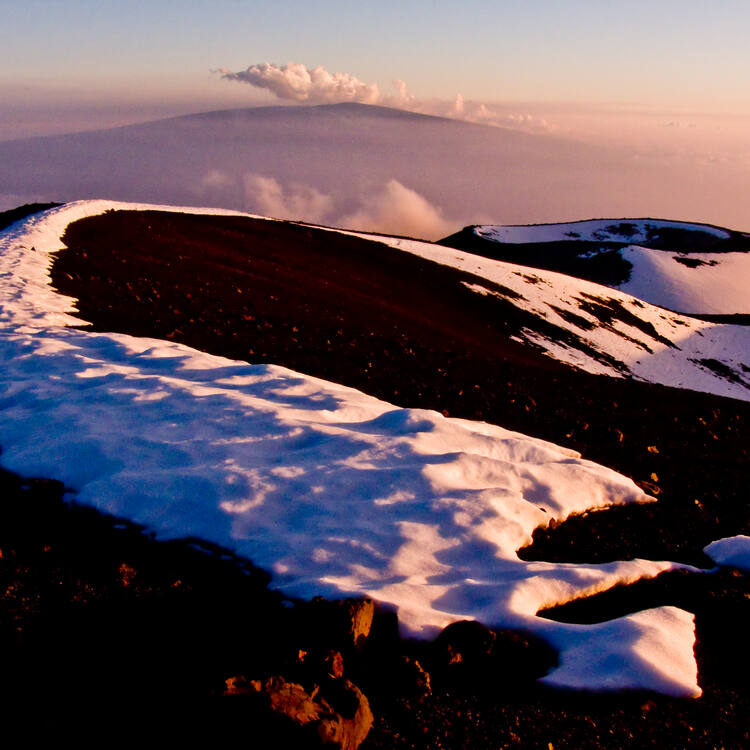 Hawaii Volcanoes National Park contains Mauna Loa and Kilauea, two of the world’s most active and accessible volcanoes where ongoing geological processes are easily observed. This property serves as an excellent example of island building through volcanic processes. Through the process of shield-building volcanism, the park's landscape is one of relatively constant, dynamic change.

Criterion (viii): This property is a unique example of significant island building through ongoing volcanic processes. It represents the most recent activity in the continuing process of the geologic origin and change of the Hawaiian Archipelago. The park contains significant parts of two of the world's most active and best understood volcanoes, Kilauea and Mauna Loa. The volcano Mauna Loa, measured from the ocean floor, is the greatest volcanic mass on earth.

The original national park, as inscribed on the World Heritage List, is nearly 88,000 hectares, large enough to protect the geologic values for which the property was inscribed. Of these 88,000 hectares, 73% is designated as wilderness under the Wilderness Act of 1964, providing a high degree of protection. In 2004 the national park was increased in size by adding another 47,000 hectares (the Kahuku Unit), providing additional protection to the inscribed property. Visitation, while significant, is carefully planned and managed and does not pose a threat to the park’s geological resources.

The park does contend with a number of invasive species which threaten its numerous endemic and endangered plant and animal species. Most of the park is fenced, which has helped greatly in reducing the threat from ungulates. However, fencing is not effective against smaller mammals or against reptiles, birds and spores and seeds. While invasives do not impact the park’s Outstanding Universal Value under criterion (viii), they do pose a threat to the park’s ecological integrity and require active management.

Designated by the U.S. Congress in 1916 as a national park, Hawai‘i Volcanoes is managed under the authority of the Organic Act of August 25, 1916 which established the United States National Park Service. In addition, the park has specific enabling legislation which provides broad congressional direction regarding the primary purposes of the park. Numerous other federal laws bring additional layers of protection to the park and its resources. Day to day management is directed by the Park Superintendent. The park was designated as a Biosphere Reserve in 1980.

Park management plans for the property have identified a number of resource protection measures, such as environmental assessment processes, zoning, ecological integrity and visitor monitoring, and education programs to address pressures arising from issues both inside and outside the property. A new General Management Plan was completed in 2016 which provides an updated 15-20 year vision for park management. The new General Management Plan recommends wilderness designation for nearly 49,000 hectares within the Kahuku unit.

Part of the park’s mandate is to provide access to volcanic resources and lava. Visitor safety is therefore a serious concern and management direction and actions are designed to protect visitors and employees from any effects of the active volcano, including lava, fumes, earthquakes, or tsunamis.

The national park works closely with other land and water management agencies on the island of Hawai‘i to protect resources within the larger landscape. In particular, the park is a member of the Three Mountain Alliance, the largest watershed partnership in the state. The Three Mountain Alliance brings together federal, state and private landowners to identify and develop strategies for landscape-scale conservation on an area of over 450,000 contiguous hectares on the island of Hawai‘i. 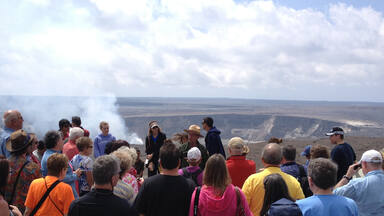