Located in south-west Sri Lanka, Sinharaja is the country's last viable area of primary tropical rainforest. More than 60% of the trees are endemic and many of them are considered rare. There is much endemic wildlife, especially birds, but the reserve is also home to over 50% of Sri Lanka's endemic species of mammals and butterflies, as well as many kinds of insects, reptiles and rare amphibians. 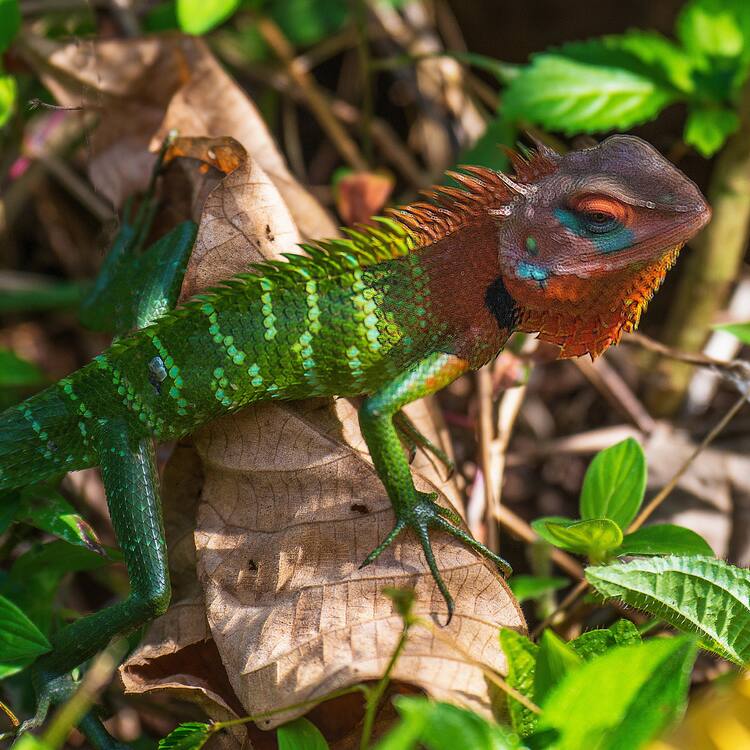 Encompassing the last extensive patch of primary lowland rainforest in Sri Lanka, Sinharaja Forest Reserve is situated in the south-west lowland wet zone of Sri Lanka.  Covering an area of 8,864 ha and ranging from an altitude of 300 – 1,170 meters, it consists of 6,092 ha of Forest Reserve and 2,772 ha of Proposed Forest Reserve. This narrow strip of undulating terrain encompasses a series of ridges and valleys that are crisscrossed by an intricate network of streams. Draining to both the south and north, this detailed matrix of waterways flow into the Gin River on the southern boundary of the property and Kalu River via the Napola Dola, Koskulana Ganga and Kudawa Ganga on its northern boundary. Annual rainfall over the last 60 years has ranged from 3614 - 5006 mm with most of the precipitation during the south-west monsoon (May-July) and the north-east monsoon (November- January).

Criterion (ix): Sinharaja is the last remaining relatively undisturbed remnant of tropical humid evergreen forest in Sri Lanka. The property’s flora is a relic of Gondwanaland and provides an important component to our scientific understanding of continental drift and an outstanding site for the study of the processes of biological evolution. A geological feature of considerable interest is the presence of the Sinharaja basic zone, with the reserve located within the transition zone of two important rock types characteristic of Sri Lanka; the south-western group and the highland group.

Criterion (x): Endemism within the property is extremely high. Protecting the last viable remnant of Sri Lanka’s tropical lowland rainforest, Sinharaja is home to at least 139 endemic plant species within two main types of forest: remnants of Dipterocarpus in the valleys and on the lower slopes, and secondary forest and scrub where the original forest cover has been removed. Sixteen of the endemic plant species within the property are considered rare, including endemic palms Loxococcus rupicola and Atalantia rotundifolia.

Faunal endemism is also high, particularly for mammals, birds and butterflies, exceeding 50%. Nineteen (95%) of Sri Lanka’s 20 endemic birds are present in the property, which is also home to leopard and Indian elephant, both of which are threatened species.

Sinharaja Forest Reserve forms a sufficiently large conservation unit for the in-situ conservation of rare and endangered species while sustaining the on-going biological evolutionary processes for which it was inscribed. Surrounded by 13 other adjacent natural forest areas that provide an added layer of protection to the property the boundaries however, require further definition and demarcation.

Efforts are also being made by the management agency to further enhance the conservation status of the reserve through regulation of land uses occurring in the area surrounding the property, which hopes to further reduce the impact of intensive land use on the values of Sinharaja. Illicit timber felling, gemming and poaching continue to be of concern with regards to the impacts on the values and integrity of the property, but the high level of public support for nature conservation and the large number of government bodies involved in regulation and proposal approval, results in strong opposition to resource exploitation proposals.

Noted as a national heritage wilderness area on October 21st 1988, the majority of the area within the property was originally declared a forest reserve on May 3rd 1875, providing a long history of protection. The property is afforded the highest level of legal protection under the National Heritage and Wilderness Area Act of Sri Lanka and almost all the peripheral natural forests along the boundary have already been declared as conservation forests or reserved forests under the Forest Ordinance. The values encompassed by the property were further recognised when it was declared a Biosphere Reserve in April 1978 and subsequently inscribed on the World Heritage.

Sinharaja World Heritage property  is managed directly by the Divisional Forest Officer from the Forest Department, under the authority of the Ministry of Lands and Land Development. A National Steering Committee coordinates the institutions for Sinharaja as a National Wilderness Area, Biosphere Reserve and World Heritage site. Management practices and research are executed in accordance with the prescriptions of the respective management plans, prepared for the Sinharaja Conservation Area as well as the property’s peripheral natural forests, under the national forest policy directives. The management plans for the property, prepared in 1985/86 and 1992/94, emphasize conservation, scientific research, buffer zone management, benefit sharing, and community participation.

Sinharaja is provided with the highest level of legal protection under the National Heritage Wilderness Area Act and a high level of environmental awareness of the local community is extremely helpful in implementing management plan prescriptions. Forest dependency of local communities is very low and maintaining this healthy partnership with local communities is the main strategy to ensure future protection of this property. Historically protected as a result of its inaccessibility and steep, hilly terrain, the Forest Department prioritizes protection of the reserve over development pressures and resource extraction. Visitor numbers remain low with entry by permit only.

Threats to the values and integrity of the property primarily come from encroaching cultivation, particularly along the southern boundary. Development undertaken outside the property indirectly impacts the site through road developments which subsequently open up routes and entry points into the property, facilitating illegal logging and removal of resources, with illegal gem mining also posing a threat. The traditional use of forest products is now restricted to areas outside the boundaries.

Low staffing levels hinder the policing of offences and a lack of funding is a barrier to the effective, long-term management of the area. The management agency, the Sri Lankan Forestry Department has designated the management of Sinharaja a high priority, allocating funds according to the priorities spelled out in the management plan and on-going management programmes.� 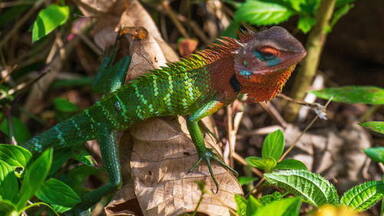