This stark Burgundian monastery was founded by St Bernard in 1119. With its church, cloister, refectory, sleeping quarters, bakery and ironworks, it is an excellent illustration of the ideal of self-sufficiency as practised by the earliest communities of Cistercian monks. 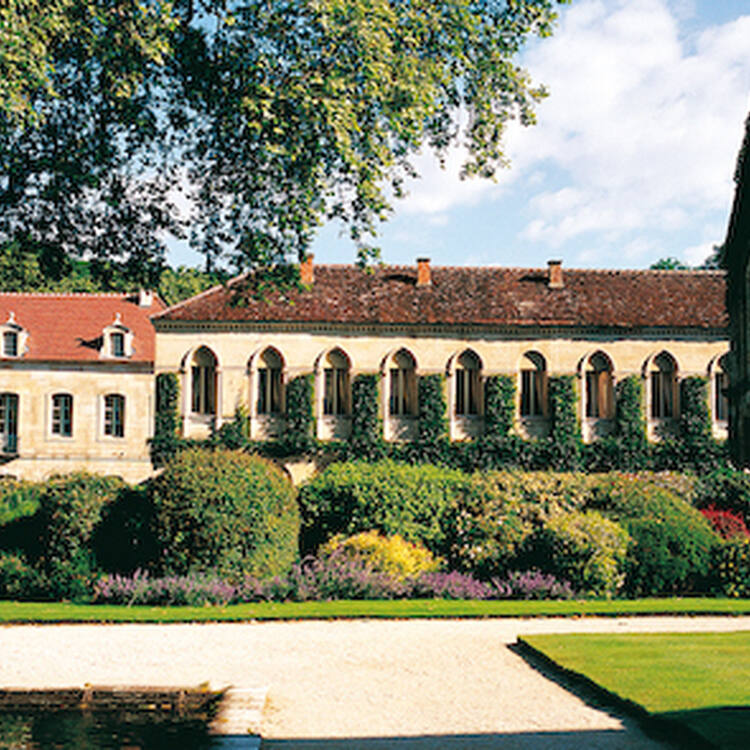 Located in the Bourgogne Franche-Comté region in the Côte-d’Or Department in the commune of Marmagne, the Cistercian Abbey of Fontenay was founded in 1119 by St Bernard in a marshy valley of Bourgogne. With its austere architecture, church, cloister, refectory, sleeping quarters, bakery and its ironworks, it illustrates the ideal of self-sufficiency as practised by the earliest communities of Cistercian monks.

Built between 1139 and 1147 by Abbot Guillaume thanks to the generosity of Ebraud, Bishop of Norwich, the Abbey of Fontenay was consecrated by Pope Eugene III, a Cistercian and former disciple of St Bernard. This form of Romanesque Cistercian church is of great simplicity and strict modesty with its basilic design in the form of a Latin cross, its blind nave, and transept devoid of a tower. The perfection of the proportions, the rigour of the wall openings and the science of the vaultings, the beauty of the wall masonry which places impeccable courses of ashlar side by side with crude rough-cut rubble constitute the value of this architecture.

The cloister and the chapter house have remained intact and were inspired from the same principles. Within its enclosing wall, the Abbey still retains other communal buildings: monks’ day room and dormitory, warming room, refectory, guest house, bakery and iron works. This last building, dating to the end of the 12th century, recalls the part which the Cistercians played in the technological progress of the Middle Ages, and is one of the oldest industrial buildings in France.

Criterion (iv): the austere architecture of the Cistercian monks represents the physical form of the moral and aesthetic ideals which flourished at various times in the history of western Christian religious communities. Thus, the Cistercian Abbey of Fontenay, agricultural and industrial centre, workplace and place of worship for small groups living in self-sufficiency, illustrates a significant historical movement of universal value.

The Abbey of Fontenay and its site illustrates in an exemplary manner the Cistercian establishments.  Built in a remote location but near to a water source and agricultural land, and proscribing all decor but using a scholarly architecture on a monumental scale, presenting stark spaces adapted to the rigorous life according to monastic rule, but also specialised functional areas of great technical sophistication, the Cistercian abbeys form a family apart in western monastical architecture. Fontenay is one of the most complete examples and almost certainly the best conserved of all, preserving its unity and intact site.

Throughout its history, the Abbey of Fontenay has known modernizations, new constructions (notably the Abbot’s Palace in the 17th century) and also demolitions (the refectory in the 18th century). Transformed into an industrial establishment after the Revolution and the sale of national properties, its restoration began in 1906.

Despite transformations undertaken in the 13th, 15th and 16th centuries, and the ruins accumulated in the 18th and 19th centuries, the Cistercian Abbey of Fontenay, restored after 1906, stands today as a largely authentic and well-preserved ensemble.

Private property open to the public, the Abbey of Fontenay is listed as Historic Monument since 1862. It is surrounded by a vast site listed in 1989. Its protection is therefore assured, both under the Heritage Code and the Environment Code.

Its conservation and management are the responsibility of its owner, under the scientific and technical control of the State which, with territorial collectivities, participates, as the case may be, in the funding of conservation work.