The List Venetian Works of Defence between the 16th ...
Print

This property consists of 6 components of defence works in Italy, Croatia and Montenegro, spanning more than 1,000 km between the Lombard region of Italy and the eastern Adriatic Coast. The fortifications throughout the Stato da Terra protected the Republic of Venice from other European powers to the northwest and those of the Stato da Mar protected the sea routes and ports in the Adriatic Sea to the Levant. They were necessary to support the expansion and authority of the Serenissima. The introduction of gunpowder led to significant shifts in military techniques and architecture that are reflected in the design of so-called alla moderna / bastioned, fortifications, which were to spread throughout Europe. 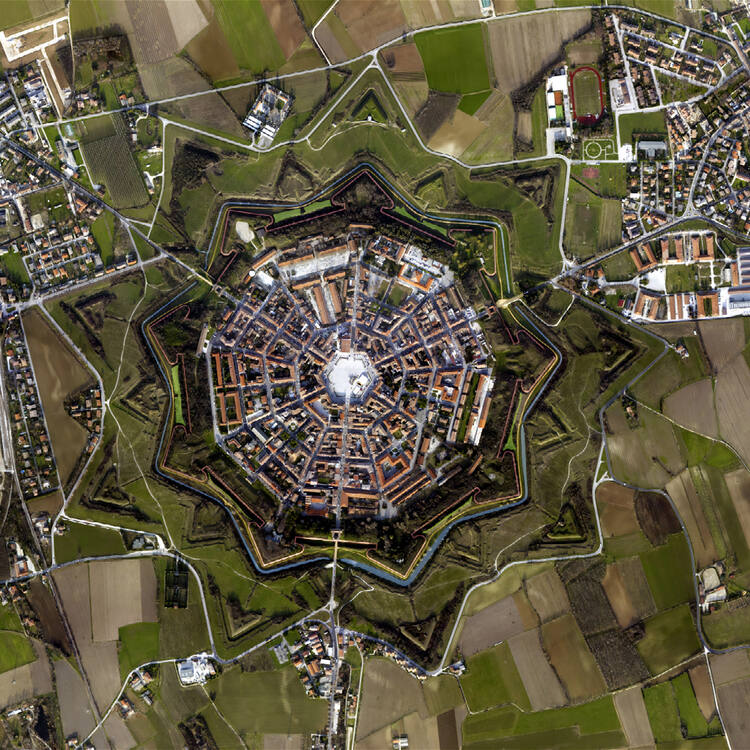 Venetian Works of Defence between 15th and 17th Centuries: Orthophoto of City Fortress of Palmanova (Italy) © Municipality of Palmanova

The Venetian Works of Defence between the 16th and 17th centuries: Stato da Terra – western Stato da Mar consists of six components located in Italy, Croatia and Montenegro and spanning more than 1000 km between the Lombard region of Italy and the eastern Adriatic Coast. Together, they represent the defensive works of the Serenissima between the 16th and 17th centuries, the most significant period of the longer history of the Venetian Republic; and demonstrate the designs, adaptations and operations of alla moderna defences, which were to feature throughout Europe.

The introduction of gunpowder led to significant shifts in military techniques and architecture that are reflected in the design of fortifications – termed alla moderna. The organisation and defences of the Stato da Terra (protecting the Republic from other European powers to the northwest) and the Stato da Mar (protecting the sea routes and ports in the Adriatic Sea to the Levant) were needed to sustain the expansion and power of the Republic of Venice.

The expansive territory of the Serenessima was indisputably the near-exclusive setting of the genesis of the alla moderna or bastioned system during the Renaissance; and the extensive and innovative defensive networks established by the Republic of Venice are of exceptional historical, architectural and technological significance. The attributes of the Outstanding Universal Value include earthworks and structures of fortification and defence from the Venetian Republic in the 16th and 17th centuries. Strongly contributory to these are the landscape settings, and which strengthen the visual qualities of the six components, as well as urban and defensive structures from both earlier (Medieval) and more recent periods of history (such as the Napoleonic and Ottoman period modifications and additions) that allow the serial components to be truthfully presented and the tactical coherence of each military site in its final state to be recognised.

Criterion (iii): The Venetian Works of Defence provide an exceptional testimony of the alla moderna military culture, which evolved within the Republic of Venice in the 16th and 17th centuries, involving vast territories and interactions. Together the components demonstrate a defensive network or system for the Stato da Terra and the western Stato da Mar centred in the Adriatic Sea or Golfo di Venezia, which had civil, military, urban dimensions that extended further, traversing the Mediterranean region to the Levant.

Criterion (iv): The Venetian Works of Defence present the characteristics of the alla moderna fortified system (bastioned system) built by the Republic of Venice following changes that were introduced following the increased use of firearms. Together the six components demonstrate in an exceptional way the characteristics of the alla moderna system including its technical and logistic abilities, modern fighting strategies and new architectural requirements within the Stato da Terra and the western portions of the Stato da Mar.

Together, the six components of Venetian Works of Defence within Stato da Terra and the western portions of the Stato da Mar exhibit the needed attributes of Outstanding Universal Value of this transnational heritage, including their typological variety, visual integrity and state of conservation. This serial property leaves open the potential for a future nomination of examples that can represent in an exceptional and complementary way, the applications of the alla moderna technologies through the extent of the Venetian Republic in this period of history in the eastern or Levante Stato da Mar. The state of conservation of the individual components is generally good, although their integrity is variable, and in some cases vulnerable, due to past and present development and tourism pressures. Although some further expansions could be made to the buffer zones (particularly for the components in Zadar and Kotor), the boundaries of the six components are appropriate.

The Venetian Works of Defence within Stato da Terra and the western portions of the Stato da Mar and the phenomenon of alla moderna military architecture have been extensively studied, supported by extensive archival materials, documents, architectural drawings, maps and models. Because of their purposes and locations, many changes have occurred to the selected components, including damage through different periods of conflict from the Napoleonic, Austrian and Ottoman periods and the 20th century.

Legal protection of the components of the Venetian Works of Defence within the Stato da Terra and the western portions of the Stato da Mar has been established at national and regional/local levels in each of the three States Parties. The frameworks for legal protection include cultural heritage and environmental protection laws. In Italy, the three components are protected by the ‘Cultural and Landscape Heritage Code’ (2004) which establishes the national regulation framework for conservation works, including the protection of significant landscape elements; and each is further protected by regional and municipal Territorial Plans and local protection measures that regulate urban transformations. In Croatia, the two components are protected by the ‘Act on the Protection and Preservation of Cultural Property’, and inscription in the Register of Cultural properties; as well as local protection measures that regulate urban transformations. In Montenegro, the selected component is protected by the ‘Law on the Protection of Cultural Property’ and subordinate ordinances; and the ‘Law on Spatial Planning and Construction’ and local protection measures that regulate urban transformations.

Management of the transnational serial property is organised at transnational, national and local levels of responsibility and activity. A transnational Memorandum of Understanding (December 2015) provides coordination between the three States Parties and establishes the International Coordination Team responsible for coordination, implementation and regular updating of the Transnational Management Plan. Shared heritage management objectives, a framework for heritage impact assessment, and a summary of current projects are provided by the Transnational Management Plan. Risk Preparedness is established by the States Parties for the risks of relevant natural disasters, including earthquakes, forest fires and sea level rise. Due to the complex pressures and high levels of tourism at some of the components of this serial property, site-level Conservation and Management Plans are needed, including visitor management plans and tourism carrying capacity studies. 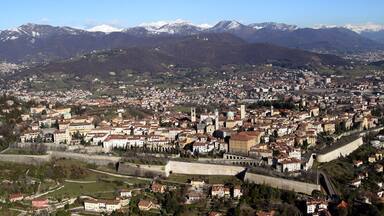