Consisting of eight geographical clusters of protected areas within the boundaries of the Three Parallel Rivers National Park, in the mountainous north-west of Yunnan Province, the 1.7 million hectare site features sections of the upper reaches of three of the great rivers of Asia: the Yangtze (Jinsha), Mekong and Salween run roughly parallel, north to south, through steep gorges which, in places, are 3,000 m deep and are bordered by glaciated peaks more than 6,000 m high. The site is an epicentre of Chinese biodiversity. It is also one of the richest temperate regions of the world in terms of biodiversity. 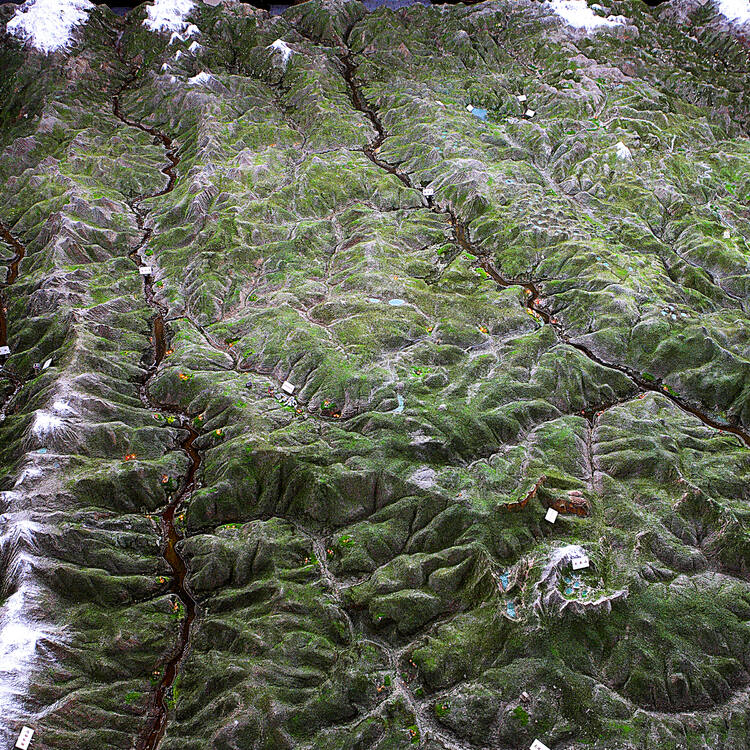 Located in the mountainous north-west of Yunnan Province in China, the Three Parallel Rivers of Yunnan Protected Areas is a natural serial property consisting of 15 protected areas, grouped into eight clusters. The Property contains an outstanding diversity of landscapes, such as deep-incised river gorges, luxuriant forests, towering snow-clad mountains, glaciers, and alpine karst, reddish sandstone landforms (Danxia）, lakes and meadows over vast vistas. The 1.7 million hectare site features sections of the upper reaches of three of the great rivers of Asia: the Yangtze (Jinsha), Mekong and Salween which run approximately parallel, north to south, through steep gorges which, in places, are 3,000 m deep and are bordered by glaciated peaks more than 6,000 m high. The property spans a large portion of the Hengduan Mountains, which is the major arc curving into Indochina from the eastern end of the Himalayas. Being located in the convergent regions of the three world's major biogeographic realms, the property is in an epicentre of Chinese biodiversity. It may also harbour the richest biodiversity among the temperate areas of the world.

Criterion (vii): The deep, parallel gorges of the Jinsha, Lancang and Nu Jiang are the outstanding natural feature of the property; while large sections of the three rivers lie just outside the property boundaries, the river gorges are nevertheless the dominant scenic element in the area. High mountains are everywhere, with the glaciated peaks of the Meili, Baima and Haba Snow Mountains providing a spectacular scenic skyline. The Mingyongqia Glacier is a notable natural phenomenon, descending to 2700 m altitude from Mt Kawagebo (6740 m), and is claimed to be the glacier descending to the lowest altitude for such a low latitude (28° N) in the northern hemisphere. Other outstanding scenic landforms are the alpine karst (especially the 'stone moon' in the Moon Mountain Scenic Area above the Nu Jiang Gorge) and the 'tortoise shell' weathering of the alpine Danxia.

Criterion (viii): The property is of outstanding value for displaying the geological history of the last 50 million years associated with the collision of the Indian Plate with the Eurasian Plate, the closure of the ancient Tethys Sea, and the uplifting of the Himalaya Range and the Tibetan Plateau. These were major geological events in the evolution of the land surface of Asia and they are on-going. The diverse rock types within the property record this history and, in addition, the range of karst, granite monolith, and Danxia sandstone landforms in the alpine zone include some of the best of their type in the mountains of the world.

Criterion (ix): The dramatic expression of ecological processes in the Three Parallel Rivers property has resulted from a mix of geological, climatic and topographical effects. First, the location of the area within an active orographic belt has resulted in a wide range of rock substrates from igneous (four types) through to various sedimentary types including limestones, sandstones and conglomerates. An exceptional range of topographical features - from gorges to karst to glaciated peaks -- is associated with the property being at a "collision point" of tectonic plates. Add the fact that the area was a Pleistocene refugium and is located at a biogeographical convergence zone (i.e. with temperate and tropical elements) and the physical foundations for evolution of its high biodiversity are all present. Along with the landscape diversity with a steep gradient of almost 6000m vertical, a monsoon climate affects most of the area and provides another favourable ecological stimulus that has allowed the full range of temperate Palearctic biomes to develop.

Criterion (x): Northwest Yunnan is the area of richest biodiversity in China and may be the most biologically diverse temperate region on earth. The property encompasses most of the natural habitats in the Hengduan Mountains, one of the world's most important remaining areas for the conservation of the earth's biodiversity. The outstanding topographic and climatic diversity of the property, coupled with its location at the juncture of the East Asia, Southeast Asia, and Tibetan Plateau, biogeographical realms and its function as a N-S corridor for the movement of plants and animals (especially during the ice ages), marks it as a truly unique landscape, which still retains a high degree of natural character despite thousands of years of human habitation. As the last remaining stronghold for an extensive suite of rare and endangered plants and animals, the property is of Outstanding Universal Value.

The Three Parallel Rivers Property is composed of 15 different protected areas which have been grouped into eight clusters, each providing a representative sample of the full range of the biological and geological diversity of the Hengduan Mountains. Following boundary modifications accepted in 2010, the core areas cover an area of 960,084 ha, and each cluster is surrounded by a buffer zone covering a further 816,413 ha. The justification for inscribing a series of areas to represent this diversity is due to the fact that the area has been modified by human activities over thousands of years; note that in 2003 some 315,000 people lived inside the property, with 36,500 residing inside the core zone. However, much of the site is still relatively undisturbed and continues to perform its ecosystem functions. This is partially explained by the inaccessibility of the higher slopes and the relatively light impact of the subsistence activities of the resident populations.

The boundary/area ratio for some of the components is extremely high, and connectivity between the component parts is also an issue. Some of the component parts are separated by precipitous river gorges, high mountain glacial divides and/or human settlement. Such a condition will result in a certain biological isolation, and options for linking the units via wildlife corridors would considerably help to enhance the integrity of the overall site.

The main challenges facing the property include tourism development within the property and other human activities in adjacent areas. The principal management requirements are to establish and maintain the management plans for all eight clusters of protected areas and scenic areas; regulate and control human activities in adjacent areas, including hydropower development and mining; assure effective on-site boundary demarcation; and to build management capacity, to protect and conserve the Outstanding Universal Value of the property.

The 15 different protected areas that make up the property all have a range of different legal conservation designations, including national and provincial level nature reserves and national scenic areas, thus are subject to different national and provincial laws and regulations. The coordinating and management body for the Property is the Yunnan Three Parallel Rivers Management Bureau, which has offices in Diqing, Nujiang and Lijiang prefectures, as well as representation in offices and stations in more than 20 counties. This Management Bureau is responsible for the overall revision and improvement to the master plan of the entire property.

.Substantial funding is provided by the central government each year for the day-to-day management of the property, with a large special fund earmarked for formulating the master plans of the site. Central government has also provided special support to the conservation and management facilities for the property. Local government has provided funding for exhibition facilities, eco-environment protection and biodiversity conservation, funding which is growing steadily and proportionately with the overall funding. The government of Yunnan Province will continue to mobilize funding from various sources for environmental protection, environmental management, ecological compensation, use of new energy sources and research specially focusing on strengthening environmental protection, ecological construction and biodiversity conservation in northwest Yunnan. Management of the property will also benefit from provincial funding for biodiversity conservation targeted at capacity building, formulation of management plans, scientific research, demonstrations, publicity and awareness education.