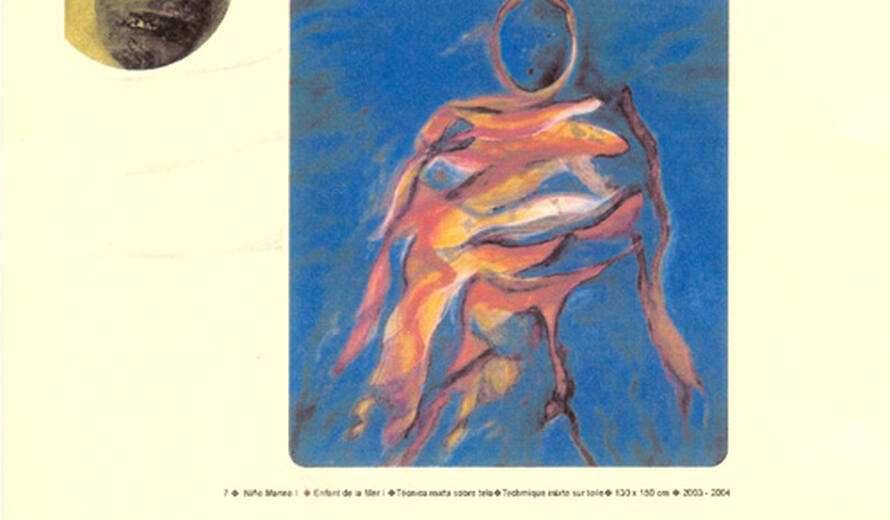 The UNESCO World Heritage Centre has the honor to invite you to the inauguration of the exhibition “A plastic view of the Chinchorro Culture’s Mummies 7000 years back” by the artist Paula Rivera del Sol which will be held on Tuesday 8th November 2005 at 18.30 at UNESCO’s headquarters, Room Miró (Ground Floor).

Towards the year 7000 B.C., in the Northern of Chili, several groups of hunters started to approach the coast and make use of the resources offered by the Pacific Ocean. In this way, the first fishing societies of the region were born and with them new technologies based on fishing, recollecting plants, hunting wild birds and marine mammals along a littoral fringe of 600 kilometers.

Due to the good state of conservation of their settlements, these populations left testimonies of the first cultural way of life in the continent allowing a detailed paleo-ecologic reading.

An excellent example of conservation in the desert is the Chinchorro Culture, integrated by hunters and gathering people from the coast who settled in the Azapa Valley, nearby Arica. The archaeologists discovered a mummy conserved in the sand dating from 8000 B.C., which is one of the examples of the oldest artificial mummification and which represents the first case of intentional preservation of dead people known until today in the world. This technique of preservation developed between 5000 and 1000 B.C..

Today, 282 mummies have been found and most of them are conserved in the San Miguel de Azapa Archaeological Museum in Arica, Chile.

The archaeological sites of Chinchorro Culture are in the Tentative List of Chile.