40th anniversary celebration of Quito and Galápagos as World Heritage 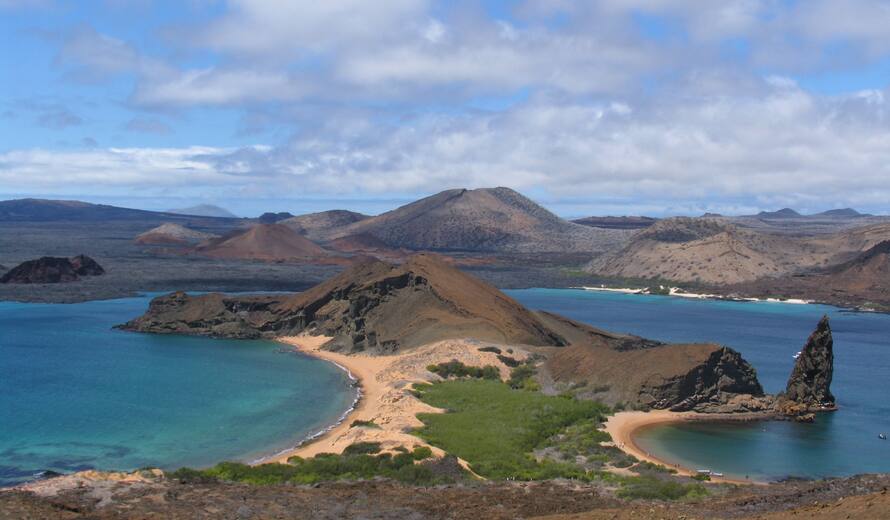 Along with the 10 other properties inscribed on the World Heritage List in 1978, the inscription of these 2 properties in Ecuador helped pave the way for the over 1,000 properties that would subsequently receive this prestigious designation. Importantly, they also represent the first World Heritage properties in the Latin American and Caribbean region, as pioneering examples of outstanding cultural and natural heritage conservation.

The Galápagos Islands holds the distinction as the first natural property declared World Heritage, while the City of Quito along with the Historic Centre of Kraków in Poland was the first city centre to be inscribed on the List.

The City of Quito was inscribed on the World Heritage List under criteria (ii) and (iv) for exhibiting an important interchange of human values between the Spanish and indigenous populations, which led to the development of a highly unique architectural and monumental ensemble. Founded in the 16th century on the ruins of an Incan city and standing at an altitude of 2,850 m., it was widely acknowledged among the heritage community at the time of its inscription in 1978 as the best-preserved and least-altered historic city centre in Latin America.

The Galápagos Islands was inscribed on the World Heritage List under criteria (vii), (viii), (ix) and (x), demonstrating a unique natural spectacle that preserves a remarkable record of wildlife and stages of Earth's history that cannot be found anywhere else in the world. Likewise, the property also contains outstanding examples of ecological and biological processes in the evolution of ecosystems and habitats for in-situ conservation of biological diversity. Since the publication of the “Voyage of the Beagle” by Charles Darwin in 1839, the origin of the flora and fauna of the Galapagos has been of great research and conservation importance.

The 40th anniversary event will be held in Salle IV of the UNESCO Headquarters at 17:00, upon invitation.