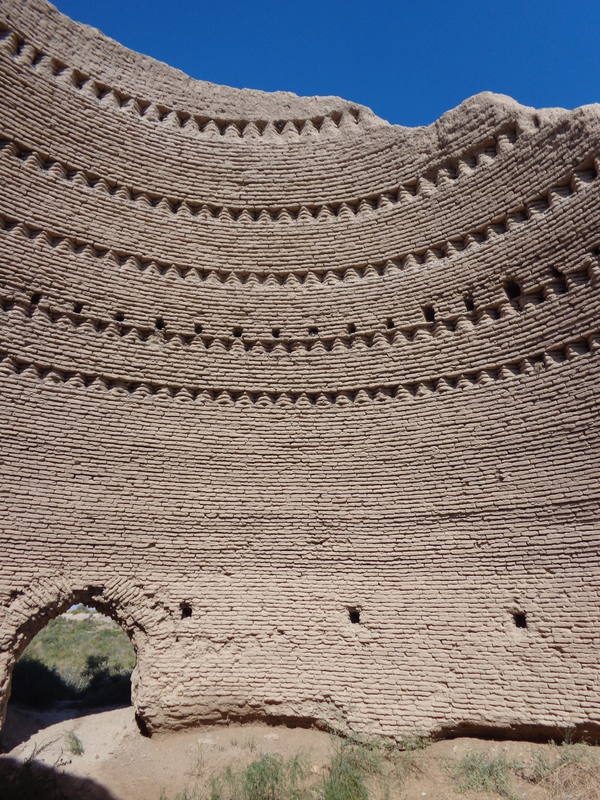 The UNESCO World Heritage Centre and the UNESCO Cluster Office in Tehran, in cooperation with the Ministry of Foreign Affairs of Turkmenistan and the Turkmen National Commission for UNESCO, is organizing the 5th meeting of the Coordinating Committee of the Serial World Heritage Nomination of the Silk Roads from 3 to 7 December 2018 in Ashgabat, Turkmenistan.

This meeting, as a special event during the designation of 2018 as the year of ‘Turkmenistan is the Heart of the Great Silk Road’, is partially financed by the UNESCO/Japanese Funds-in-Trust, via the project “Support for the Silk Roads World Heritage Sites in Central Asia (Phase II)”.

Together with five Central Asian countries and China, the World Heritage Centre has coordinated the preparation of the serial transnational World Heritage nomination of the Silk Roads since 2003. Central Asia and China have supported the project through organizing regional and sub-regional consultation meetings, the establishment of the inter-governmental Coordinating Committees regrouping the 14 participating countries (and Bhutan as Observer), and the elaboration with ICOMOS and the World Heritage Centre  of a Thematic Study on the Silk Roads. Since 2003, the Netherlands Funds-In-Trust, the UNESCO Japanese Funds-in-Trust and the Norwegian Funds-in-Trust projects have supported capacity building activities and nomination preparation in Central Asia, in addition to the UNESCO Korean Funds-in-Trust also since July 2013 supported the South Asian Silk Roads project. As a result of the international cooperation and efforts the four previous Coordinating Committee meetings between 2009 and 2017, two nomination files were prepared. These two nominations were reviewed at the 38th session of the World Heritage Committee in June 2014 (Doha, Qatar). The Committee inscribed the “The Silk Roads: the Routes Network of Chang’an - Tian-shan Corridor”, submitted by China, Kazakhstan and Kyrgyzstan.

The present Coordinating Committee Meeting will bring together national focal points and experts from fourteen countries (Afghanistan, China, India, Iran, Japan, Kazakhstan, Kyrgyzstan, Nepal, Pakistan, the Republic of Korea, Tajikistan, Turkey, Turkmenistan and Uzbekistan) which are members of the Coordinating Committee, as well as Bhutan as an observer. During different plenary sessions, the participants will review and update the Terms of Reference of the Coordinating Committee and to see ways to improve the working methods,  to review the State of Conservation of the inscribed Silk Roads World Heritage sites and to improve the coordination and management of the property; to review progress made by the participating countries in the serial World Heritage Nomination(s) Process of the Silk Roads. The meeting also aims to touch the base for further work on the thematic studies of the land-route of the Silk Roads. Furthermore, the meeting invites UNESCO representatives as well as the international experts including the experts from the ICOMOS International Conservation Centre in Xi’an (IICC Xi’an which acts as the Secretariat  of  the  Coordination  Committee)  as resource  persons. Their participation ensures the discussions on further technical assistance and cooperation from international experts’ views.