Between 2013 and 2020, an extensive programme of expert surveying, studies and conservation works aimed to reinforce and stabilise the military structures of the World Heritage site. The programme was implemented through a multi-stakeholder partnership that involved national partners, universities, ICOMOS, UNESCO and North-South international cooperation.

Brimstone Hill Fortress National Park is a remarkable example of European military engineering dating from the 17th and 18th centuries in a Caribbean context. It was inscribed on the World Heritage List in 1999 under criteria (iii) and (iv).

Located on the Island of St. Christopher (St. Kitts) the country’s largest island, the fortress was built by African slave labour to the exacting standards of the British military to protect the coastline from a sea attack and to provide a safe refuge for the island’s citizens. The engineers, who designed the fort, made use of the natural topography of this double-peaked, steep volcanic hill rising 230 metres.

St. Christopher (St. Kitts) as the first West Indian Island to be colonised by Europeans, specifically the French and English, was the scene of many battles in the struggle for dominance in this region. The earliest use of Brimstone Hill for European military purposes was in 1690 when the British installed a canon to drive out the French. The fortress evolved over the next century and served until 1853 when the British military abandoned it and dismantled many of the buildings.

The principal structures of the fortress are situated on different levels of the upper third of the hill and were constructed in dressed stone (basalt) blocks with a rubble core. Local limestone was used as a decorative element for quoins and for facing round doorways and embrasures. Quarries on the middle and lower slopes of the hill provided much of the stone. The heart of the fortress, Fort George also known as the Citadel, dominates one of the twin peaks. Completed towards the end of the 1700s, this is the earliest surviving example of the “Polygonal System” of fortress design. The entire site covers approximately 15 hectares surrounded by a 1.6 km (1 mile) buffer zone. 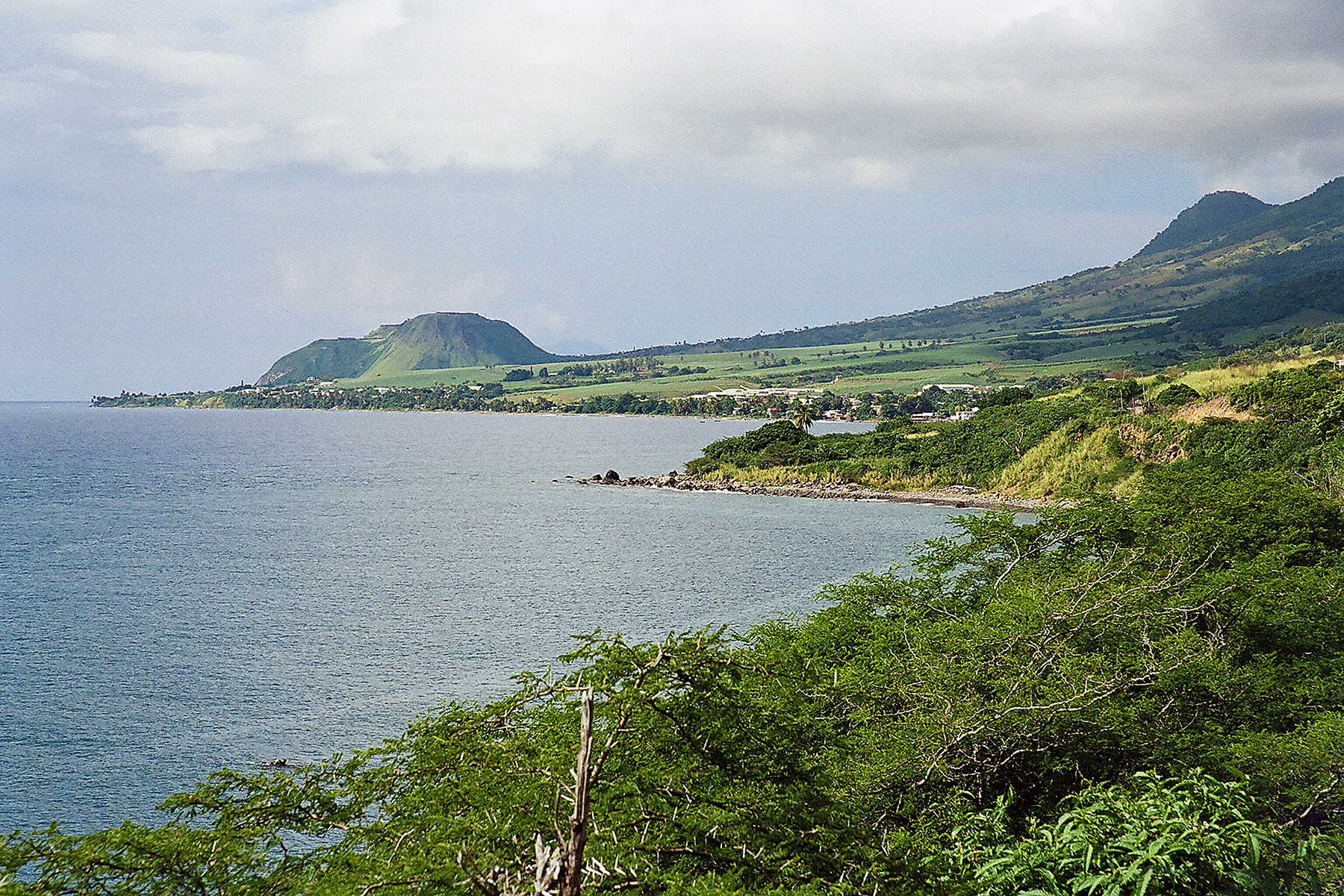 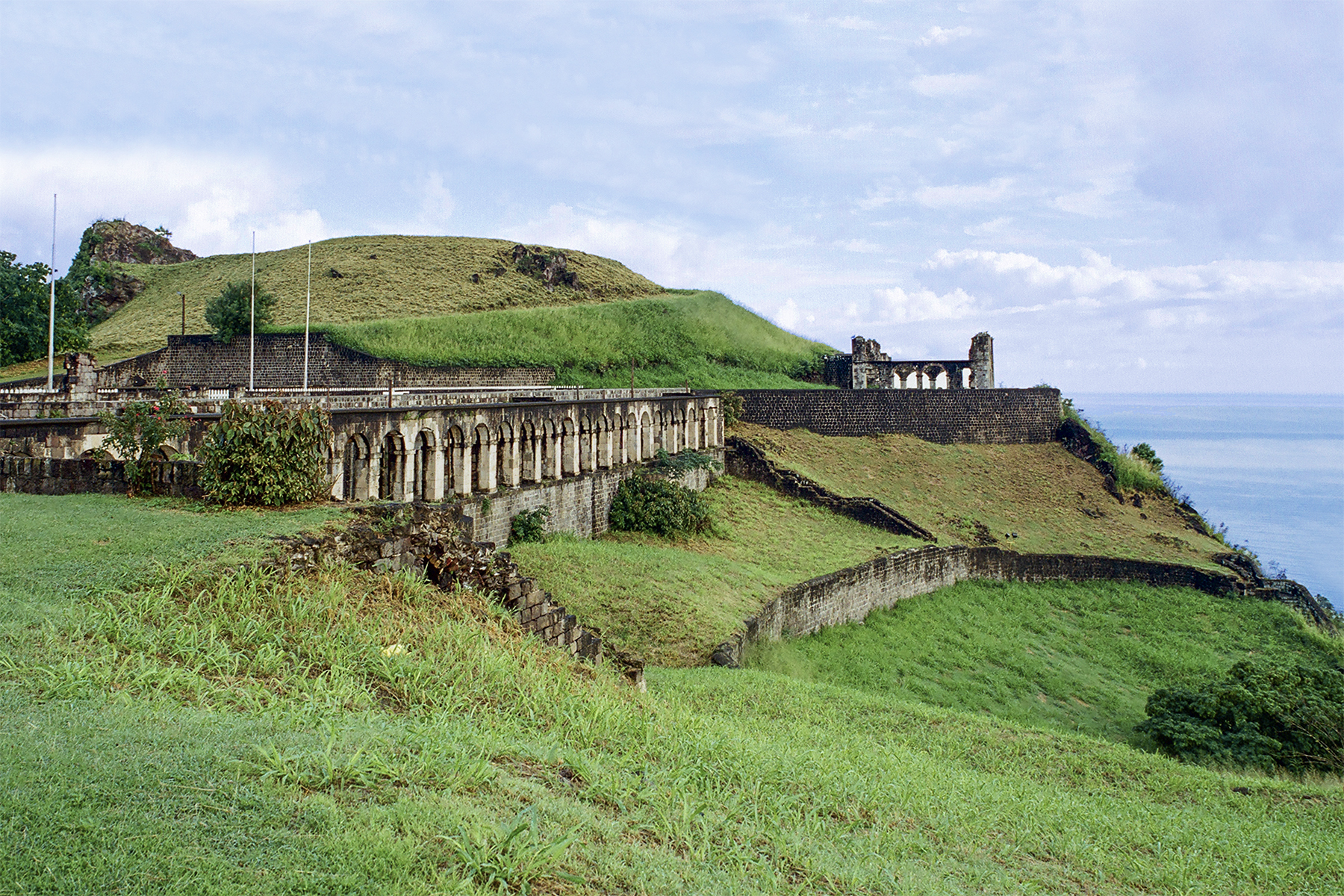 Between 2013 and 2020, an extensive programme of expert surveying, studies and conservation works aimed to reinforce and stabilise the Brimstone Hill Fortress National Park. The project was led by the Brimstone Hill Fortress National Park Society, a not-for-profit organisation in charge of the management of the site, and implemented through a multi-stakeholder partnership that involved North-South international cooperation.

In 2013, an engineering assessment revealed that a large section of the original gravity stone retaining wall of the Orillon Bastion, approximately 20ft tall, was showing significant cracks. The initial diagnosis indicated that the cracks were likely caused by the tremors and earthquakes that occasionally affect St. Kitts, as well as the hydrological pressure of the backfill. These cracks could result in the collapse of a major section of the bastion’s curtain walls and the adjacent cemetery for non-commissioned officers, and lead to further destruction of the historic fabric of the site. It was therefore determined that urgent conservation works would need to be implemented through a conservation and capacity-building initiative.

From August 2016 to September 2017, UNESCO assisted in the implementation of conservation works, which included a training workshop - facilitated by an ICOMOS military fortifications expert - on the Conservation and Management of Military Architecture-related World Heritage Properties of the Caribbean in November 2016, involving participants who manage military architecture throughout the Caribbean. Unfortunately, about two weeks after the workshop, a portion of the wall of the Orillon Bastion collapsed as a result of heavy rains, further undermining the structural deficiencies resulting from the earthquake.

In November 2018, before the conservation works begun, experts from the University of Tennessee and Texas State University carried out topographical, hydrological and archaeological surveys. The studies led to the conclusion that certain portions of the remaining wall needed to be taken down, as they were weak and in danger of collapsing.

The works were carried out by regional partner Parvenir Restoration and started in August 2019 with the deconstruction of sections of the fortress wall that were too weak. Care was taken to ensure that the stones were placed according to the original style of construction, and it was evident that the original wall was constructed in different periods, each with a different style. No Portland cement was used, and the mortar (lime) was mixed with sand and crushed aggregate from the local quarry. The conservation of the Orillon Bastion was completed at the end of November 2019. 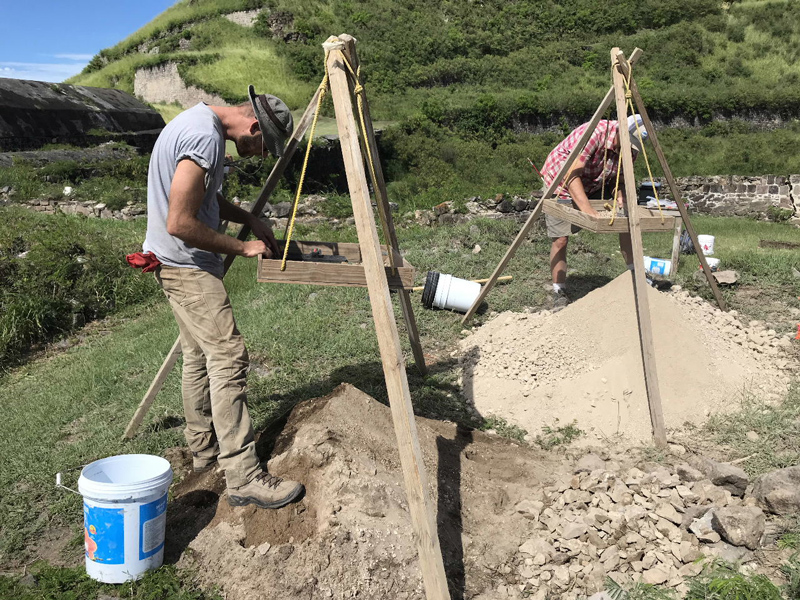 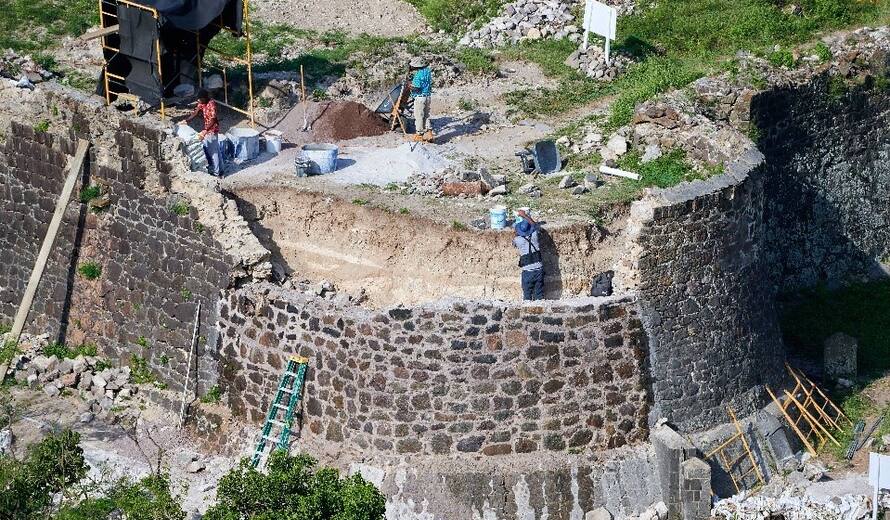 The conservation works as well as the previous project 'Capacity Building assistance for the conservation and management of Brimstone Hill Fortress National Park' in 2016 were both implemented with the support of UNESCO through funding from the Netherlands Funds-in-Trust.

The conservation works at the Brimstone Hill Fortress National Park invested on international partnerships with local organisations, national partners, universities, international institutions and advisory bodies to enhance the state of conservation of the World Heritage property and prevent irreparable damage to the historic structures. In doing so, the project realises the potential of cooperation and knowledge-sharing to contribute to the protection and conservation of cultural and natural heritage.

Goal 17. Strengthen the means of implementation and revitalize the global partnership for sustainable development

Note: The cases shared in this platform address heritage protection practices in World Heritage sites and beyond. Items being showcased in this website do not entail any type of recognition or inclusion in the World Heritage list or any of its thematic programmes. The practices shared are not assessed in any way by the World Heritage Centre or presented here as model practices nor do they represent complete solutions to heritage management problems. The views expressed by experts and site managers are their own and do not necessarily reflect the views of the World Heritage Centre. The practices and views shared here are included as a way to provide insights and expand the dialogue on heritage conservation with a view to further heritage management and conservation practice in general.