Initiative on Heritage of Astronomy, Science and Technology

One type of scientific heritage under-represented on the World Heritage List concerns sites connected with natural sciences and the development of their application through engineering and technology.

This is despite clear recognition by the international community in 1972 (in Article 1 of the World Heritage Convention) that cultural heritage may consist of monuments, groups of buildings and/or sites which are of ‘outstanding universal value from the point of view of history, art or science’.

At the 31st session of the World Heritage Committee (Christchurch, 2007), the United Kingdom suggested that it would be beneficial to explore opportunities, issues and additional guidance necessary to achieve the Committee's aims in recognizing and celebrating scientific achievements on the World Heritage List. As an initial stage, it was suggested that an international expert meeting on the interpretation of science heritage in the context of the 1972 Convention be held. The Committee (Decision 31 COM 9) accepted the offer of the United Kingdom to host an expert meeting on the recognition of the heritage of science and technology in the World Heritage Convention.

The Expert Working Group on Science and Technology, 45 participants from 15 countries, met in London in January 2008. It was hosted jointly by the UK Government’s Department for Culture, Media and Sport and the UK National Commission for UNESCO with support from the World Heritage Centre.

The Expert Working Group on Science and Technology understood ‘science’ to include systems of knowledge which may be historical, traditional, indigenous and/or contemporary. These typically include predictive ideas, and modes of explanation based on observations of nature or deductive discoveries that are logical and rational in their own terms, can be validated, and are open to change and refutation through further observations.

The Working Group was of the view that science and technology are defining characteristics of human culture, and their existence, in historical and contemporary terms, is of fundamental importance to humanity in the past, present, and future.

Heritage of Science and Technology

The Working Group was of the opinion that there is often a strong link between the tangible and intangible heritage of scientific and/or technological sites of possible outstanding universal value. This is particularly so with scientific heritage, where the link to the intangible nature of ‘great ideas’ may be particularly strong.

For the World Heritage Convention, the focus should be on physical sites (tangible heritage), where great achievements of universal value were manifested and remain. Tangible evidence must be present in the form of landscape and natural features, buildings and objects. A tangible context for the original scientific insight is also important.

Thanks to the generous support of the Government of Poland, an International World Heritage Expert Meeting on Criterion (vi) and Associated Values was organized in Warsaw, Poland, from 28 to 30 March 2012. The World Heritage Committee at its 36th session (St. Petersburg, 2012), noted the recommendations of that meeting and their contribution to the assessment of integrity of associative values which should be taken into consideration in the revision to paragraph 89 of the Operational Guidelines, and also noted the need for thematic studies on certain types of sites with associative values, such as sacred sites and those associated with the heritage of science.

Initiative on Heritage of Astronomy, Science and Technology

At its 36th session (St. Petersburg, 2012), the World Heritage Committee also encouraged cooperation among the UNESCO World Heritage Centre, specialized agencies and relevant interdisciplinary scientific initiatives towards the elaboration of a Global Thematic Study on Heritage of Science and Technology, including studies and research on technological heritage connected with space exploration.

In line with previous recommendations and decisions on Heritage of Science and Technology and in order to ensure better visibility and consistency in the implementation of relevant activities by the States Parties and partner organizations, the World Heritage Committee at its 42nd session (Manama, 2018) renamed the initiative as Initiative on Heritage of Astronomy, Science and Technology.

This Initiative aims to raise awareness of the scientific values of sites, reinforce management and conservation of such sites, promote the importance of scientific heritage, and highlight links with sustainable development.

The Initiative is implemented in accordance with the Global Strategy in coordination with the Advisory Bodies and all relevant international organizations, UN Agencies, Space Agencies and other partners.

Two first Thematic Studies jointly prepared by ICOMOS and the International Astronomical Union (IAU) Commission C4 constitute the background for a comparative analysis that could be carried out to assess the Outstanding Universal Value of a specific site of the same type proposed for World Heritage listing.

The idea of launching studies and research on technological heritage connected with space exploration in line with the Global Strategy for the balanced, representative and credible World Heritage List, emerged in 2007. In 2009, a proposal regarding the definition of categories of Space Technological sites was included in the Kazan Resolution adopted by the participants of the International Conference organized during the UN International Year of Astronomy (Kazan, Republic of Tatarstan, Russian Federation, 2009).

The first international experts meeting on Space Technological Heritage jointly organized by the World Heritage Centre and COSPAR was held during the 40th COSPAR Scientific Assembly (Moscow, Russian Federation, 2014). The main goal of the meeting was to establish cooperation between the World Heritage Centre, specialized agencies and relevant interdisciplinary scientific initiatives, towards elaboration of studies and research on technological heritage connected with space exploration.

An International Experts’ Meeting "Heritage Potential of Sites of the History of Aerospace" was organized by the German Commission for UNESCO, German Aerospace Center, ICOMOS Germany, TICCIH Germany and the Foundation of the German Technical Museum Berlin (Berlin, Germany, 2017).  Experts from France, Germany, India, Kazakhstan, Russian Federation and United Kingdom discussed different sites related to the history of aerospace in their countries, in a long-term perspective of their suitability for potential future transnational serial nominations as World Heritage sites. [source https://whc.unesco.org/en/events/1370/ ;  https://whc.unesco.org/document/159969 ]

In 2018-2019, first research on heritage issues of sites related to space exploration, including the “Baikonur Cosmodrom” case study / participatory action‐research project in the field of the space technological heritage was conducted in collaboration with the HT2S Laboratory of Techno‐Science in Society (CNAM-Paris, France).

The organization of an International Workshop on Space Technological Heritage could offer an opportunity to evaluate and recognize the importance of this specific type of heritage, in terms of the enrichment of the history of humanity, the promotion of cultural diversity and the development of international exchanges. It could contribute to the exchange of information and the establishment of new partnerships, with the goal of promoting and protecting technological heritage connected with space exploration and developing all necessary mechanisms to safeguard our common heritage. A pilot-project “Heritage of Science and Technology: World Heritage Potential of Space Technology” is available for financial support by the States Parties, partners and donors on the Marketplace for World Heritage.

In 2019, a joint World Heritage Centre/ICOMOS Advisory mission visited the Scientific Town-Institution of Physiologist I. P. Pavlov, one of the components of the World Heritage property “Historic Centre of Saint Petersburg and Related Groups of Monuments”.

The site is located within the boundaries of the component 540-032 (Koltushskaya Elevation) and the protection zone of component 540-021 (Scientific Town Institution of Physiologist I.P. Pavlov) in the territory of Koltushi Municipality, Vsevolozhskiy District of the Leningrad Region. The Scientific Town was built in the early 1930s under the leadership of the first Russian Nobel laureate I.P. Pavlov. A very active group of scientists is trying hard to revive the Pavlov Institute of Physiology and to establish an International Research Centre that would become a main hub for interchanging ideas and experiences among specialists in the field of Integrative Physiology.

The mission invited the Director of the Pavlov Institute of Physiology, Russian Academy of Sciences (RAS), and the site manager of this component, to include in the programme of one of the next International Conferences organized with the participation of the Institute, a round-table and/or discussion session on the protection and management of scientific heritage.

Network of focal points and partners

In line with the Decision adopted by the World Heritage Committee at its 42nd session (Manama, 2018), the World Heritage Centre invited, by circular letter, all States Parties to update the contact information of their Focal Points / Institutions who will be in charge of the implementation of the renamed Initiative on Heritage of Astronomy, Science and Technology at the national level.

A first round table, which took place during the 43rd session of the World Heritage Committee (Baku, 2019),  discussed the Implementation of the Thematic Initiative on Heritage of Astronomy, Science and Technology (HAST) and exchanged information and good practices on the nomination of scientific sites. 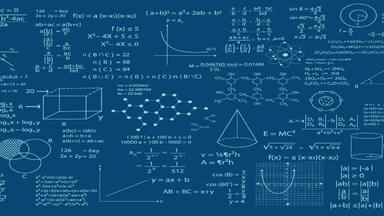 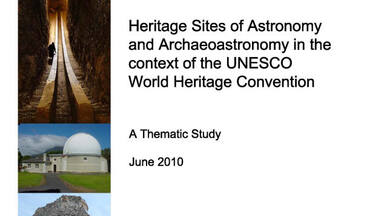