The Comoros islands possess a rich cultural and material heritage as well as a rich intangible heritage. The country ratified the World Heritage Convention in 2000 and identified 4 sites for inscription on the Tentative List. No site has as yet been inscribed on the World Heritage List, but work has started on the ‘Historic Sultanates of the Comoros’.

The Collectif du Patrimoine des Comores (CPC), an NGO, whose aim is to protect and raise awareness of the cultural heritage and sites in the Comoros, was created on 10 June 2006 by a group from the Comoran diaspora and friends of the Comoros. Its headquarters are in Paris.

Since 2012, within the framework of the France-UNESCO Cooperation Agreement, and thanks to support from the French Ministry of Culture and French Ministry of Foreign Affairs, the World Heritage Centre has supported the CPC in its attempt to develop, protect and raise public awareness of Comoran heritage.

Technical aid and assessment missions took place in 2013 to develop a training plan/programme to protect the monument heritage, and to prepare an inventory and assessment of the state of conservation at the Ujumbé Palace at Anjouan, where a restoration project was initiated by the CPC several years ago. Following this first mission, in 2014, a joint technical mission by the CPC and the national association Chantiers Histoire et Architecture Médiévales (C.H.A.M), an organisation that employs young volunteers to conserve built heritage, specifically targeted at the Ujumbé Palace carried out an evaluation of both the restoration work and the state of conservation of all the timber and wood components of the Palace, as well as an intervention protocol for their conservation/restoration.

In 2012 and 2014 support was given to the CPC and to the Ecole Nationale Supérieure d’Architecture et de Paysage de Lille (ENASPL) –French National School of Architecture and Landscape Design of Lille -- to carry out fact finding missions, to produce an inventory of the medina at Mutsamudu and, most importantly, to draw up and publish a « Recueil de relevés du patrimoine architectural et urbain des Sultanats historiques des Comores (Inventory of the architectural and urban heritage of the Historic Sultanates of the Comoros). In order to get a better understanding of the architectural, urban and landscape heritage and to better protect it, a collection of photographs, drawings and plans was drawn up. The objective of pinpointing and identifying locations in this way was to create a document that could be used as a basis on which to build a collection of graphic documents that would be useful for understanding and for conservation projects as well as for the implementation of planning and regional development tools.

Work on this inventory will have to be expanded by additional research into sources and archives in order to clarify the historical context. Eventually this documentation will be able to be used to prepare a proposal for inscription on the World Heritage List and to establish regional management and urban development tools.

In 2014 the CPC gave technical support for the drawing up of the request for International Assistance under the World Heritage Funds. 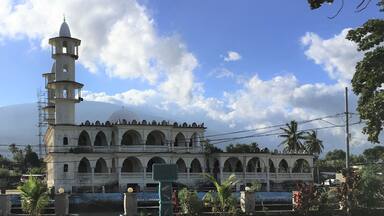 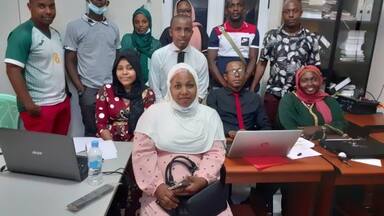