The Centre Who's Who
Who's Who 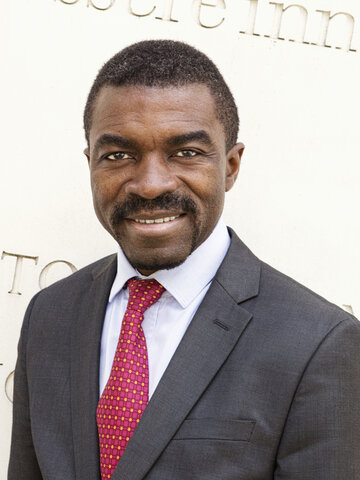 Originally from Cameroon, Mr Eloundou Assomo is a graduate in architecture (Grenoble School of Architecture, France) and in urban planning (DEA Grenoble 1). He began his career as an associate researcher at the Centre for Earthen Construction of the Grenoble School of Architecture in 1996. He was then in charge of implementing housing projects in Africa, and then of the pedagogical coordination of the Africa 2009 conservation programme set up by UNESCO’s World Heritage Centre and ICCROM.

From 2008 to 2013, he was Head of the Africa Unit of the World Heritage Centre. During this period, he coordinated several restoration projects in Mozambique, Uganda and Mali, as well as capacity building initiatives in the region. He is the author of the book 'African World Heritage: A Remarkable Diversity', co-authored with Ishanlosen Odiaua and published in 2012 by UNESCO.

In 2013, he joined the UNESCO office in Bamako and became UNESCO’s head representative in Mali in 2014. While the country was hit by a violent armed conflict, he was in charge of the protection of Mali’s cultural heritage. He successfully led the reconstruction of the Timbuktu mausoleums and the safeguarding of ancient manuscripts.

He returned to UNESCO Headquarters in Paris in 2016, initially as Deputy Director of the Heritage Division and of the World Heritage Centre. In 2018, he became Director of the Culture and Emergencies entity, coordinating emergency conservation responses to heritage affected by conflicts and disasters and the restitution of cultural property under the 1970 Convention.

He was appointed Director of World Heritage in December 2021.

Video: Heritage a state of emergency